One man’s high-wire walk between the World Trade Center towers is so unfathomable it could seem as fictional, but the real-life feat has made “Man on Wire” the documentary film to beat in this year’s Oscars.

The portrayal of Frenchman Philippe Petit‘s illegal 1974 adventure in New York comes to the Academy Awards loaded with prizes, most notably British film of the year at this month’s BAFTA Awards.

Director James Marsh said he was stunned by the BAFTA award — a first for a non-fiction film — but believes “Man on Wire” has crossed over to the mainstream because it is less like a documentary and more akin to a narrative movie.

“It was really like a heist film, a thriller,” said Marsh, who reveled in the remarkable planning and obstacles that Petit’s team faced in the lead-up to the walk itself, 1,350 feet above the sidewalks of Manhattan. 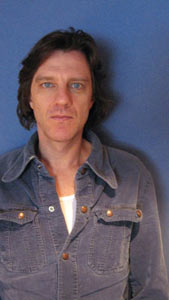 Documentary filmmaker A.J. Schnack says “Man on Wire” is the clear favorite because, not only has it won prizes, but its box office is high for a “doc” ($3 million in North America) and it has earned the respect of the documentary community.

“Nearly everyone I talk to really loves (it) and you don’t get that all the time in the documentary category,” said Schnack, who writes about the industry in his weblog “All These Wonderful Things.”

But Schnack notes the four other films in the race have their supporters and could all be described as “dark horses” for the award at the February 22 show in Los Angeles.

The directors are all first-time Oscar nominees, but their films tackle very diverse issues, unlike the 2008 line-up, when war in Iraq and torture were the dominant themes.

FROM ANTARCTICA TO LAOS

Prolific German director Werner Herzog, an arthouse idol for films like “Fitzcarraldo,” is nominated with his ode to Antarctica and adventurous souls who work there in “Encounters At the End of the World.”

“I had no idea who I was going to meet, I had to make contacts very quickly and I never thought I would come back with a movie,” said Herzog. “It was totally surprising it came together so easily.”

He vowed not to make a movie about “fluffy penguins.” But he does feature one lone penguin who marches away from the pack toward certain death in a heart-rending scene.

Cinematographer Ellen Kuras earned a nod for her directing debut, “The Betrayal,” which took 23 years to make. The film shows how U.S. military intervention in Vietnam impacted Laos through one large family that fled to America.

Thavisouk Phrasavath, Kuras’ co-director, chronicles the breakdown of his family on the mean streets of New York.

“It is very universal,” Kuras said. “I think it has touched on people in a very personal way.”

“Trouble the Water” has made waves for its first-hand account of survival from Hurricane Katrina, pieced together by documentary makers Tia Lessin and Carl Deal. They took Kimberly Roberts’ dramatic video camera footage of her and her husband’s experience during the storm and put it at the heart of the film that chronicles their evacuation and eventual return to the devastated city of New Orleans.

“The Garden” by Scott Hamilton Kennedy could win a portion of the local Academy votes with its tale of the battle for one of the nation’s largest community gardens, created in the wake of the 1992 Los Angeles riots.

Marsh says he feels uncomfortable with the front-runner status for “Man on Wire,” in a field he calls “very good” and reflective of an exciting direction of non-fiction film.

“This might be looked upon as a very good era for documentary making, especially in America,” said Marsh.