ALEC HOGG: As promised, our Barry Sergeant, who is Moneyweb‘s investigations editor, is with us in the studio. Gee, Barry, you’ve been on top of this platinum story over the last few days, over the last few weeks, over the last few years. But it does appear as though as far back as 2006 there’s all kind of chaos that was going on in the awarding of platinum rights, mineral rights, and all of those chickens are now coming home to roost.

BARRY SERGEANT: Ja, very much so. A week ago we got the judgment from the Constitutional Court, right at the top of the judiciary, where Genorah, which is the main shareholder in Nkwe Platinum, which is listed in Australia and was supposed to have been listed here by the end of the year, had two of its prospecting rights set aside. The main reason was that the Department of Mineral Resources and Genorah had not complied with PAJA, which is the Promotion of Administrative Justice Act. It’s a very powerful piece of legislation. It basically says civil servants have got to do what they’ve got to do. It doesn’t say anything special. It just says if you work for the government you must do what you are supposed to do. And in this case, back in 2006 with the DMR that clearly hadn’t happened.

ALEC HOGG: They didn’t do due diligence on those applying for mineral rights, etc, or didn’t go through the applications.

BARRY SERGEANT: Well, the two main things were that the local community on the land, the Bengwenyama, who have been there for over a century, were not consulted. There was a cursory visit, and that was it.

ALEC HOGG: They have to be consulted according to the law.

ALEC HOGG: So what should civil servants do to just do their job or to ensure that their jobs are done in a case like this?

ALEC HOGG: And that all came out in the Constitutional Court?

ALEC HOGG: Crazy things were happening back then, Barry.

ALEC HOGG: There must have been a lot of mineral rights awarded, not just those to Nkwe. Are there others at risk?

BARRY SERGEANT: Well, Alec, this is what’s coming out. There are nine contiguous properties – this is on the Eastern Limb of the Bushveld Igneous Complex. They are known as Modikwa Deeps. The Genorah Nkwe properties are five of those. Bauba has got three of those.

BARRY SERGEANT: Ja, in July in Johannesburg. And the Sekhukhune community is No 9. Now, what’s come out here very strongly is if you go back in history, it’s not complicated, Anglo Platinum held the old-order prospecting rights over those nine properties. In 2001 it went into a JV with African Rainbow Minerals, ARM, and it mines at the Modikwa Mine and west of the Modikwa mine are these nine properties.

ALEC HOGG: In other words, down dip, and that means that the reef, if you like, goes deeper down at that site. So they’ve got a certain area where they are mining at Modikwa, Patrice Motsepe’s company, and Anglo Platinum. And then further along that way where it’s deeper to mine, there are nine of these – those are the areas you are talking about.

BARRY SERGEANT: Correct. Except, ironically, the two properties that were set aside last week, the Nkwe Genorah properties, actually start at the surface. They are in the south-west area.

ALEC HOGG: So they are even better prospects.

BARRY SERGEANT: They are the two top properties. What has emerged here as well is that in 2007 Anglo Platinum took all nine properties to the DMR on review. What emerged more recently is that Anglo Platinum has involved PAJA, and that is the fascinating part. Now it’s difficult to understand or work out why Anglo Platinum has invoked PAJA, because these kind of things for some years have been happening pretty much in the background. The Constitutional Court has brought this entire thing out into the open, and it could be that when Bauba issued its prospectus earlier this year to list in Johannesburg the mention of these three properties as being part of its portfolio drew Anglo Platinum’s attention to that fact, and it filed under PAJA. Now PAJA doesn’t necessarily mean there’s going to be legal action; it’s a way of reserving legal action. In other words, you might look at settlements or other types of negotiation.

ALEC HOGG: To keep it real simple, Barry, there are certain things that a public servant in South Africa has to do under the PAJA act – in other words, do your job. If a public servant does not do his or her job in the case of awarding of mineral rights, those who feel hard done by can use that act to actually re-open it. Where does this put something like ICT, the very controversial Indian and Lazarus Zimbabwe-related organisation that claims to have prospecting rights over Kumba’s properties?

ALEC HOGG: So the R800m that the Guptas think that they are going to get from ArcelorMittal is unlikely to ever make its way into their pockets?

DAVID SHAPIRO: Just listening to Barry, you wonder what it’s going to throw up. In other words, how many other cases or prospecting rights are going to be challenged now.

ALEC HOGG: That’s what happens in a  new democracy. If we see it in context, in 2005/6/7 the guys were running riot. They were bribing public officials to get mineral rights that they had no entitlement to whatsoever. The public officials were then granting them these rights, and now the court processes finally, kind of the wheels, are rolling around and saying hang on, let’s revisit those issues. You can’t do business like that in a civilised country, and we are a civilised country.

DAVID SHAPIRO: I think the sad thing is a lot of those companies are public, and there are a number of shareholders who have actually bought shares on the strength that these are proper prospecting rights. It just show you, it’s a warning signal out there, particularly with a lot of these junior miners who are just – I don’t want to say fly-by-nights, But coming to the market now you’ve got to be very certain or very clear that they’ve been properly formed and the rights will stand up in a  court of law.

ALEC HOGG: Well, if you want to buy into Nkwe you deserve all you get. John Stratton, Brett Kebble… 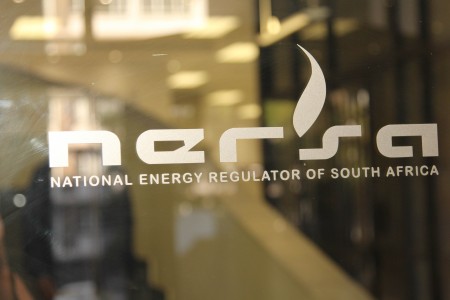