The 2006 World Entrepreneur of the Year shares secrets of his success with Moneyweb’s editor-in-chief Alec Hogg.
By Alec Hogg 11 Jun 2006

Bill Lynch likes to keep things simple. He believes in old fashion values like commitment and selflessness. He works hard and demands the same from those around him. And is frugal to the point of tight-fistedness.

They might not sound like much of a success formula. But those core values of the one-time barefoot Irish farm boy from County Kerry are the foundation from which a failing motor dealership was turned into a powerful corporation.

That company, Imperial Holdings, today directly provides a living for 36 000 people and to hundreds of thousands more through associates and suppliers.

Lynch believes ambition is the key ingredient for any business success.

Strongly evident in his own life, most obviously through a decision 35 years ago to seek a new life in South Africa: “My ambition and deprived background were critical. I was not satisfied with what I had. That is the foundation for any entrepreneur.”

This burning ambition transformed an immigrant with no formal education and just £2 000 (then R4 000) in his pocket into the 2006 Ernst & Young World Entrepreneur of the Year, an award he received at a Gala banquet in Monte Carlo on Saturday night.

Add integrity, honesty and enthusiasm and according to the Lynch thesis, you have all the ingredients for entrepreneurial greatness.

But even those characteristics aren’t worth much unless you’re decisive. And possess the courage to implement. Says Lynch: “Universities teach a lot of things, but what they don’t tell students is how to actually get on with it. Take the positive approach. Don’t hesitate. Do it.”

He adds: “Many people talk too much. Entrepreneurs are men of action. You have to be prepared to embarrass yourself. That requires humility. And don’t be afraid to start small. I’d much rather put R50 000 into a new business than R50m. Once you find the formula it’s different. But there’s nothing wrong with starting small.”

Lynch says sweat equity can never be under-estimated. All his life he’s worked 60 hours a week, and usually takes papers home: “Reading my business matters is as attractive to me as any book.”

The right home environment is just as important: “My family have always supported me fully. They have never complained about spending too much time on business and too little on them. That removes a lot of unnecessary pressure.”

But perhaps the best insight into Bill Lynch the Businessman comes from the people surrounding him. Imperial’s driver places great store by his colleagues’ commitment to the organization, and the selflessness which comes with understanding the bigger picture.

Those who “get it” tend to stick with the organization. Like financial director Hafiz Mahomed, who was spotted by Lynch when he came in as part of the audit team: “After a few years it wasn’t hard to see Hafiz was much smarter than the audit partner. But we couldn’t poach him from our auditors. That’s not ethical.”

But after hearing Mahomed had left the profession and joined Union Carbide, Lynch made it his business to keep in touch. A year later Mahomed called to say he wasn’t happy at the chemicals group and wanted to join Imperial. That was back in 1982. He continues to play a key role in the business today.

Similarly Carol Scott, the car hire queen whose professionalism and success has made her a role model for a generation of emerging businesswomen. Lynch recalls that despite “some debate over her starting salary” Scott was hired to head the new Imperial Car Hire business partly because she was angry at being turned down for a managerial position at Avis.

Lynch set a long-term goal of having 100 vehicles in the new car hire business. Scott achieved the target in a matter of months. That was in 1979. And although Scott has now retired, it’s ten years since she warned Lynch when she’d be taking time to smell the roses. She will stay on as a non-executive director.

Another close lieutenant, Tak Hiemstra, joined Imperial in 1992. As a merchant banker he’d been advising the group for years. So when he made a decision to leave the financial services sector, Lynch was the first person he called.

Imperial never uses headhunters, Lynch says, because buying into the group’s rather unique value system is far more important than the apparent skills and quality of a prospective employee.

The group’s value system – honesty, hard work, frugality, integrity – might not be popular in business schools, but it has proved to be extremely effective in creating long-term shareholder wealth.

And the things that drive Lynch today? He doesn’t think winning the World Entrepreneur of the Year title will change much. And he definitely won’t be retiring anytime soon, agreeing with a growing view that companies which force executives to step down in their early 60s are shooting themselves in their collective feet.

Says Lynch: “The contribution I can make by creating more jobs – I think that is what guides me. I have a great belief in our people, in South Africa. I might have been born in Ireland, but I am from Africa now.” A lot more than the 36 000 people whose cheques he signs every month are glad that’s the case. 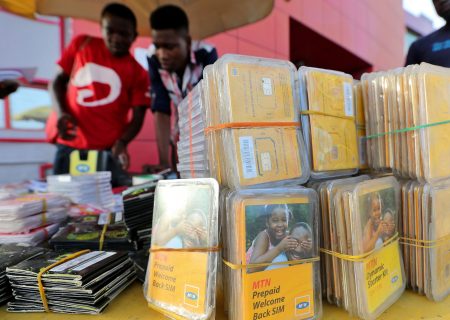