Cape Town is not a racist city – Helen Zille

The DA leader says the Cape Times indulged itself in racial propaganda.
By Helen Zille 2 Nov 2009  08:10

During the recent election campaign, ANC activists spread many lies, but one was particularly pernicious. They tried to fan the fear that if the DA won the provincial election, black Capetonians would be “sent back to the Eastern Cape”. The ANC’s propagandists urged black people to vote ANC if they wanted to remain in Cape Town. They consistently described the DA and Cape Town as “racist”. And they failed to see the logical contradictions of their argument.

If Cape Town is racist, why are people moving to the City in such significant numbers? And once here, why are most of them so keen to stay?

The answer is that they are making a perfectly rational and intelligent decision about what is best for them and their families. Cape Town offers them better services, higher subsidies, better education and job opportunities than they would ever get in the ANC-controlled Eastern Cape.  Middle class ratepayers of the City pay a lot to ensure more free services for Cape Town’s poor than any other City.

So where does the myth come from that the Western Cape in general, and Cape Town in particular, is “racist”? Firstly, it is the label the ANC uses to describe all their opponents. Secondly, this “race” narrative is fanned by a small politically-connected elite, who have benefited from cadre deployment and manipulated tenders, disguised as “employment equity”. Known as “tenderpreneurs” this elite is actually often involved in legalised corruption.

Their approach was exemplified by the man who asked me a question at a recent meeting with business people. He said that his friends in Johannesburg had been turned into millionaires through their contracts with government. He wanted to know when we would do the same for him in the Western Cape. I answered that Cape Town was the one city where political connections did not translate into monetary reward. No doubt, he considered this answer “racist”.

In the ANC’s approach, rent-seeking and favours-for-friends are often equated with non-racialism. It is the kind of logic that caused the ANC youth league to describe the late Brett Kebble as South Africa’s leading proponent of affirmative action. And indeed, Kebble did represent this approach perfectly, purchasing favours and peddling influence. This approach is the quickest route to the failed state.

Of course Cape Town has its share of racists, as does every other city. But this does not make Cape Town a “racist city”. The definition of racism is to make a pejorative generalisation about an entire category of people based on the behaviour of a few. On the basis of this definition, those who accuse the entire City or Province of racism are themselves racist.

It is one thing for the ANC to propound such racist propaganda. It is quite another when a respected newspaper does so (and claims the backing of research).

Last week the Cape Times ran a front page headline, “Cape Town is a racist city – study” and went on to give massive coverage to what it described as “a damning new study” that suggested Cape Town was “hostile to black people” (see report).

On closer inspection it is clear that the newspaper exploited a methodologically flawed report, based on a biased sample, for the purposes of racial propaganda.

The Cape Times then gave huge publicity to a “study” misleadingly titled “Transformation: African People in the Western Cape”. This report was commissioned by the Employment Promotion Programme and written by Dr Sabie Surtee and Professor Martin J Hall for UCT’s Development Policy Research Unit. The report itself was limited and subjective, and admitted so. It used quantitative employment data from 13 companies in only four sectors of the Western Cape economy. It used qualitative interviews with black African employees, who gave their subjective impressions.

It only used employment figures of white and black employees as a means of tracking equity, ignoring “coloured” employees completely – remarkable when “coloureds” are the largest group in Cape Town and the Western Cape. Its executive summary said:

“It needs to be emphasized that due to the limited sample size, these participating companies are not representative of the sectors they belong to. Hence sector wide generalizations cannot be made using the research findings cited in this report.”

Yet “wide generalizations” are precisely what the Cape Times made.

In conclusions and recommendations, the Surtee/Hall “study” said:

“Clearly, any deductions must be qualified by the limitations of the study: participating companies are not representative of their economic sectors nor are they representative of business; there may be partial and inaccurate reporting of data; and interviews were only conducted in-depth with African people and it was not possible to verify many of their perceptions of working conditions and company practices.”

In fact, the basis on which the sample was drawn was likely to have attracted a disproportionate number of respondents with a personal motive to accuse others of racism. As the President of the Cape Chamber of Commerce observed: “People who feel that they have not had the promotions they would like to have had, are not always objective.”

But this did not stop the Cape Times from making, not only sector wide generalizations, but city wide generalizations. In its sanctimonious editorial on 23 October 2009, it claimed that “Africans are under-represented in management in the city, compared with their presence in the population” and that “Cape Town is a hostile place for Africans”.

Before addressing the more important issues here, it is interesting to submit the Cape Times to the logic of its own analysis. Looking at the 14 senior managers and editors of the Cape Times in its Cape Town office, I do not see an “African” among them. According to the Cape Times’ own flawed analysis, this makes them a racist newspaper.

In comparison, the City of Cape Town exceeds most of its employment equity targets, and the provincial legislature is ahead of its equity targets for black women.

Indeed, the DA is committed to employment equity, through broadening opportunities for everyone, not manipulating outcomes to benefit our families, friends, or political connections. That is why, within two years of DA government in Cape Town, the tenders awarded to BEE companies had risen 10% over what the ANC was able to achieve. The ANC limited the eligible pool to the favoured few. The DA opened opportunities to all — and the outcome was an improvement in the equity profile.

The ANC’s version of affirmative action through cadre deployment was recently described as follows: “Almost every project is conceived because it offers opportunities for certain people to make money”.

Who said that? Former President Kgalema Motlanthe – and much to his credit. Despite the recognition of what cadre deployment actually is, it continues wherever the ANC rules. That is why both equity and delivery are failing.

The DA plans to succeed in both delivery and equity, which is why, where we govern, we do not follow the ANC’s racist, self-serving narrative. It is a pity that so many observers continue to do so. South Africa will ultimately pay a heavy price for this blinkered approach.

This article by Helen Zille first appeared in SA Today, the weekly online newsletter of the Democratic Alliance leader, October 30 2009 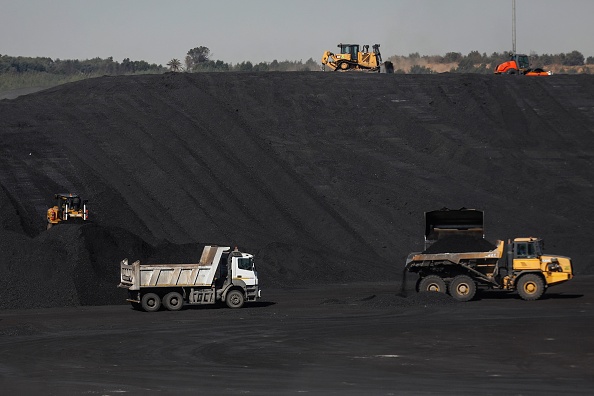 Would acquire 51% of Windlab Africa, which has 3.5 gigawatts of renewable energy projects at different stages of development in South Africa and east Africa.