Customer goes to extraordinary lengths to prove he did not subscribe to a R7-a-day ‘service.’
By Julius Cobbett 23 Apr 2013  14:40

JOHANNESBURG – Cell C has admitted to taking money from a client without permission. It blames this on a “technical error”. What’s more, the client in question had to go to extraordinary lengths to extract this information from Cell C, and it was only done with Moneyweb’s assistance.

Cell C deducted more than R300 from the account of its client, who goes by the name “Ajax” on the Mybroadband.co.za community chat forum. (Ajax has started a thread on the forum about his case, which can be read here). The money was deducted by Cell C on behalf of a company called Mira Networks. Mira Networks offers a ‘premium billing service.’ In Ajax’s case, Mira charged him R7 a day for a service called Kulaville, which allows users “to share and rate photos and also to meet and chat with people near you.”

Cell C started deducting R7 a day from Ajax’s account from November 24 last year. When Ajax discovered the missing money, sometime in January, he was furious. Ajax was certain he had not subscribed for the service in question.

The first thing Ajax did was call Cell C. After all, it was Cell C which had deducted the money on Mira’s behalf, which, in turn, was acting on behalf of Kulaville.

But Ajax said Cell C was unhelpful, and simply referred him to Mira Networks. Mira, in turn, referred Ajax to Kulaville. Kulaville supplied Ajax with alleged proof that he had subscribed for its service. The ‘proof’ claimed that Ajax had accessed Kulaville’s website using a Nokia 6303 and that a further ‘opt-in’ SMS was sent from his number. Ajax knew that both of these claims were false; his SIM card was, and still is, in a different type of phone. Further, itemised billing shows that no internet connections were made, and no SMS had been sent.

Ajax went back to Cell C. Says Ajax: “Cell C told me I should send Kulaville my itemised billing and ask for a refund.” He considered this request absurd. As far as he was concerned, Kulaville had provided him with false ‘proof’ of subscription. Ajax was not willing to send his confidential call records to what he considers to be “fraudsters.”

On January 15, Ajax laid a complaint against Cell C on consumer website Hellopeter. His complaint can be read here. He was put in touch with a consultant called Funiwe. Says Ajax: “Funiwe telephoned me after the above Hellopeter complaint. She was very reluctant to give me her e-mail address but I insisted so that I could send her the ‘proof of subscription’. I repeatedly e-mailed Funiwe but she never responded.”

Frustrated, Ajax laid a second complaint on Hellopeter on February 9. He was put in touch with a consultant called Blanche. Blanche confirmed that there had been no internet usage on Ajax’s account. However, she failed to respond to his further e-mails.

With the help of a friend, Ajax obtained the e-mail address for a person at Cell C’s department that deals with service providers such as Kulaville. However, this person was similarly unhelpful, and eventually stopped replying to Ajax’s e-mails. Ajax has supplied Moneyweb with copies of the e-mails mentioned above.

On March 12, Ajax took his complaint to Moneyweb. The next day, Moneyweb sent Cell C a list of questions, asking, in particular, whether it was satisfied that its client, Ajax, had in fact subscribed for the services for which he was charged.

It took Cell C more than a month to respond. Cell C apologised for this delay.

Cell C’s executive head of communications Karin Fourie acknowledges that Ajax did not sign up for the service in question. She blames the subscription on a “technical error” on a system owned by Mira’s client.

Crucially, Fourie admits that Cell C does not verify whether its clients did in fact subscribe for services before it deducts money on behalf of third parties.

Searches for “Mira Networks” and “Kulaville” on Hellopeter reveal much consumer unhappiness with these two companies. Just like Ajax, the vast majority of complainants allege that money has been deducted from their accounts without permission.

Fourie says: “The majority of our investigations (about 99% of cases) result in proof being provided by the Wasp to Cell C showing date and time of subscription to the service. It is very seldom that the customer is subscribed to a service without the customer’s prior opt-in. In many cases, it is found that an individual living in the same household has opted in to content services using the customers’ cell phone.”

What Ajax’s case has shown, however, is that the ‘proof’ provided by Wasps cannot always be trusted.

Fourie says that when a customer requests it, Cell C will conduct an investigation into the manner in which the customer was subscribed to a service.

Ajax responds that this was not done in his case, and, judging from other Hellopeter complaints, the procedure is rarely followed at all. He says: “I requested Cell C to help me but in several responses from more than one person they did not. Even the Wasp department at Cell C just referred me back to the other parties involved.”

Fourie says Cell C regrets that the matter was not handled in a manner that was satisfactory to the customer and that it took so long to complete the investigation.

Ajax says it is the nature of Cell C’s relationship with Wasps that forms the core of his complaint. He says: “Cell C gets a billing request from a Wasp and bills the client without any verification whatsoever. The subscriber is guilty until proven innocent – the innocence to be proven by the subscriber on the subscriber’s time and for the subscriber’s account.

“Until a verification system has been put in place by Cell C (and the other networks) to protect cell phone subscribers from this fraud, these kind of complaints and ‘accidental subscriptions’ will continue.”

Ajax has been refunded in full. 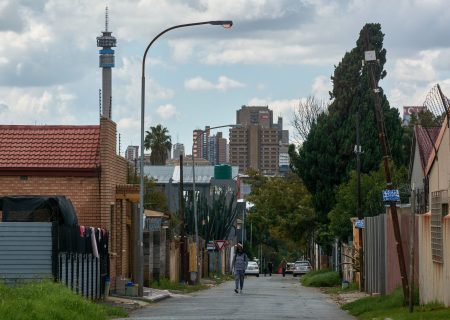