Kumba Iron Ore said market demand for the steelmaking ingredient will absorb growing supply from the largest producers as the highest-cost output in China becomes unprofitable.

“The majors will continue to increase their production, but now at a much slower pace than the 25% we’ve seen in the first half,” Norman Mbazima, chief executive officer of the Anglo American unit that owns Africa’s biggest iron-ore mine, said today. The market will be able to absorb increased production by limiting domestic supply from China, he said.

The economy of China, the biggest buyer of the material, expanded 7.5% in the second quarter, exceeding the median estimate. The largest iron-ore producers, including Rio Tinto Group, are expanding supply, betting the increase will more than offset declining prices, which fell to an almost two-year low last month. Kumba plans to almost double output by 2030, with new sites in western and central Africa potentially accounting for more than 20% of volumes.

The global seaborne supply of iron ore rose to 700 million metric tons during the period as Australia reported output growth of 25% and Brazil 8%, Kumba said. The average price of benchmark ore with 62% iron content delivered to the Chinese port of Tianjin in the first half of 2014 was $111.87 a dry ton, 18% lower than a year earlier.

“Iron-ore prices are expected to remain at current levels in the third quarter,” Pretoria-based Kumba said in a statement today. “Restocking by steel mills and a slowdown in Chinese domestic iron-ore production in their winter is expected to support prices towards the end of the year.”

Miners in China are cutting production as cheaper overseas supplies increase, and a mainland mine shuts every day, Citigroup analyst Ivan Szpakowski said in June.

Kumba said first-half profit fell 16% after the average price of the mineral dropped.

“We’re looking good,” Mbazima said. “We’re in the lower half of the cost-curve and even at these levels we’ve got margins that are quite healthy.”

Cash costs at the group’s Sishen mine, which accounted for 75% of total output, were largely unchanged at R266 a ton.

Kumba still wants to create a second operating footprint outside South Africa in west and central Africa even as it has failed to make significant discoveries in the area since the plan was first announced in 2011, Mbazima said.

“Our strategy remains exactly the same,” he said. “It is a difficult thing when you enter a new country and you have to be careful about how you do so.” 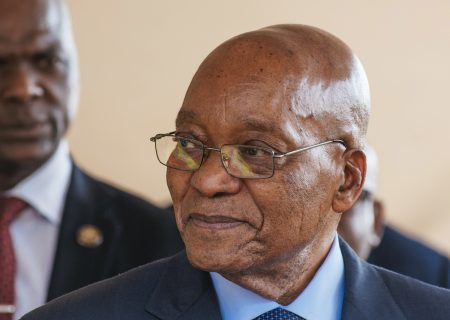