New study shows 70% of SA consumers live on the edge

The vast majority of households regularly run out of money before month’s end.
By UCT Unilever Institute of Strategic Marketing* 22 Oct 2012  23:45

The vast majority of South African households are forced to restrict their spending by mid-month, regularly run out of money before month’s end, sometimes skip meals, and are often forced to borrow money to keep their heads above water.

These are among of the findings of The Majority Report, the UCT Unilever Institute of Strategic Marketing’s soon-to-be-released research on South Africa’s mass market — the 21.5 million adults and 14.5 million children who live in households earning R5000 or less a month.

The study found that the poorest South Africans are often doubly disadvantaged with regards to purchasing goods and accessing credit. “In most cases people in this segment pay much more for goods and much more interest on credit, compared to their neighbours in the middleclass,” says UCT Unilever Institute director, Professor John Simpson.

A year in the making, this comprehensive study focuses on the 36 million-strong mass market who represent 70% of the population and who spend an estimated R220 billion annually. The study incorporates research by the University of the Western Cape’s Institute for Poverty, Land and Agrarian Studies (PLAAS), as well as the Southern Africa Labour & Development Research Unit (SALDRU) and the Development Policy Research Unit (DPRU) which are both based at the University of Cape Town.

Using longitudinal quantitative studies, as well as a range of up-to-date qualitative research methodologies, the UCT Unilever researchers discovered a far more complex and mercurial market than they had anticipated. The Majority Report describes a fragmented market in which consumers are constantly moving between the formal and informal sectors.

The study reveals remarkably resilient consumers who have radically adapted their buying habits to cope with the stresses created by the on-going economic downturn. They are also taking advantage of the formal retail sector’s expansion into developing areas. On average, consumers in this segment shop at supermarkets three times a month, but still purchase goods from informal traders at least 15 times a month.

Despite this market’s collective spending power, the research shows this massive segment is inadvertently overlooked by local marketers who are failing to connect with the majority of South African consumers. “These consumers’ ability to regularly dip into the formal sector has often misled local business and industry who either employ marketing strategies devised to address mass markets in developed nations, or are primarily aimed at higher income earners in South Africa,” notes Simpson.

“South Africa is also not a typical developing nation, as government grants provide financial stability that is often not present in similar economies. South African businesses need to understand this rather unique situation, and take into account the multifaceted set of socio-economic drivers in this market, in order to design marketing approaches that are both appropriate and supportive,” he advocates.

The financial safety net provided by the government’s R100 billion annual commitment to social grants is also the primary reason for the dramatic changes in consumption patterns discovered by the researchers.

Nearly 40% of Survivor households are dependent on these grants as their main source of income. With 80% of South Africa’s children living in mass market households, 70% of social grants (approximately R70 billion) address child support. Correspondingly this market has dominance in childcare-related product categories such as baby food and baby cereal.

The mass market also maintains dominance in many other product categories, including mielie meal, sugar and canned fish. Other product categories that are high up on shopping lists include flu remedies, vitamins, chocolates, facial products, sports drinks, anti-septics and sauces. However a system of middlemen between manufacturers and consumers, especially in the urban sector, means that those in the mass market often pay much more for products than their counterparts in the middle class.

While brands like Coca-Cola are performing exceptionally well in this market, other major brands are under-represented or even absent, explains Simpson. “This stems from marketers’ misconception that it is time-consuming, and ultimately not profitable, to engage with the mass market. So over the years most marketers have been removed — both physically and emotionally — from this market.”

In the longer term, and viewed against the backdrop of the government’s strategy to create a slower and sustainable economic growth rate, marketers can simply not afford to overlook this massive portion of the population, states The Majority Report.

“Economic forecasts predict this sector will continue expanding in the medium-term and this means that a wealth of opportunity awaits marketers who are able to understand and meaningfully connect with the mass market,” Simpson maintains.

The Majority Report findings will be released countrywide this week at seminars due to be held in Durban on Tuesday Oct 23, Johannesburg on Wednesday Oct 24, and in Cape Town on Friday Oct 26. For more information visit www.unileverinstitute.co.za

* This report was prepared by UCT Unilever Institute of Strategic Marketing 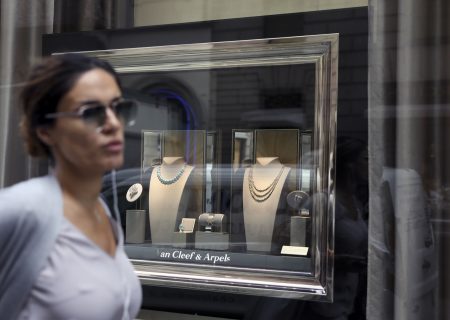