There are not enough women in senior management positions, a survey revealed on Thursday.

According to Grant Thorton’s International Business Report (IBR) on women, just over one quarter of top decision-making roles in South African businesses was filled by women.

As had been the case since 2009 only 28 percent of senior management positions were filled by women.

The percentage of working women in senior management positions in South Africa was inadequate and had been static for the past six years, Grant Thorton said.

This stagnant trend was the same when global averages were reviewed, with international businesses also showing no improvement since 2009, at 24 percent.

The company said 21 percent of South African businesses surveyed for 2013 had no women in senior management positions.

Grant Thorton’s IBR surveyed the views and expectations of over 12,000 large privately held businesses and mid-sized listed organisation per year across 44 economies.

Grant Thorton partner and head of corporate finance in Johannesburg, Jeanette Hern, said: “President Jacob Zuma’s commitment to gender equality in this year’s state-of-the-nation address, and his reiteration of the importance of upcoming legislation to uplift more women into decision-making roles, are to be welcomed.”

“It is pleasing to note that improving the status of women remains a critical priority for this government.”

The Women Empowerment and Gender Equality Bill, which seeks to ensure a 50/50 representation of women in decision-making structures in both the private and public sectors, has been approved by Cabinet for public comment.

Hern said the statistics indicated an urgent need for change.

However, 60 percent of businesses surveyed said they supported the quota system.

The survey revealed that only 15 percent of South African women were represented on boards compared to 19 percent globally and 26 percent in the BRIC economies.

Despite this, data showed a significant improvement in terms of women in chief financial officer positions in South Africa.

CEO numbers continued to be low although there was a slight improvement from last year.

Hern said: “This steady improvement, although still small at this stage, may fare well for us in the long term. The number of accomplished women in CFO positions could just be the launch pad for women achieving a greater presence at a corporate board level.”

According to the survey local businesses were among the leaders who planned to hire more women this year.

Thirty-two percent indicated intentions to do this compared to 17 percent in BRIC and 15 percent globally. 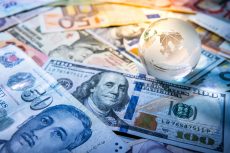