The benefits of a 12-month slump in the rand are being lost on exports amid the longest mining strike in South Africa’s history, driving the current-account deficit wider and fueling inflationary pressures.

The gap on the current account, the broadest measure of trade in goods and services, probably rose to 6 percent of gross domestic product in the first quarter from 5.1 percent in the previous period, according to the median estimate of 19 analysts surveyed by Bloomberg before today’s report. Investor inflation expectations as seen in the five-year break-even rate reached the highest in more than seven weeks yesterday.

“A wide current-account deficit would be negative for the rand as it would show exports have not really benefited from the weakness in the currency,” Moshabele Modise, an investment analyst at Citadel Investment Services, said by phone from Cape Town yesterday. “If the effect of the weak currency on inflation outweighs the benefit that comes through the narrowing of the current-account deficit, the central bank would be forced to increase rates.”

Mining, which accounts for about 60 percent of South Africa’s exports, plunged an annualized 25 percent in the first three months of the year as a 20-week strike over pay shut the world’s largest platinum shafts. That’s negated the improvement in competitiveness coming from a weaker rand. The currency’s 3.2 percent slide against the dollar this year is adding to pressure on inflation, which the central bank said last month will exceed its 3 percent to 6 percent target band until the second quarter of 2015.

The difference in yield between five-year fixed-rate bonds and index-linked debt, a measure of investors’ price expectations, climbed to 6.7 percentage points yesterday, 38 basis points higher than on May 22, when the Reserve Bank kept its benchmark repurchase rate unchanged for a second meeting at 5.5 percent. Brazil’s breakeven rate rose 25 basis points in the period.

A government report today will probably show inflation accelerated to 6.5 percent last month from 6.1 percent in April, according to the median estimate of 22 economists surveyed by Bloomberg.

Standard & Poor’s cut South Africa’s credit rating on June 13 to BBB-, one level above junk, citing concern that slower growth will undermine efforts to rein in deficits on the current account and government budget. Fitch Ratings lowered its outlook on the nation’s BBB grading to negative on the same day.

The economy contracted an annualized 0.6 percent in the three months through March. S&P cut its growth forecast for this year to 1.9 percent, which would be the same pace of expansion recorded in 2013.

The widening current-account gap “highlights the fragility of the South African economy and of the currency in general,” Jeffrey Schultz, an economist at BNP Paribas Cadiz Securities, said by phone from Johannesburg yesterday. “It indicates that a weaker currency is not the savior for South Africa exports.”

The rand fell for a third day, dropping 0.7 percent to 10.8314 against the dollar as of 5 p.m. yesterday in Johannesburg. The yield on rand-denominated government bonds due December 2026 rose 5 basis points to 8.45 percent.

While traders may have priced in a widening in the current- account gap, the currency is still sensitive to negative news on the economy given last week’s downgrade, said Ilke van Zyl, an economist at Vunani Securities Ltd. in Johannesburg.

“Things are not looking very rosy,” Van Zyl said by phone yesterday. “It is a good reflection of the internal dynamics of our economy which are not healthy.” 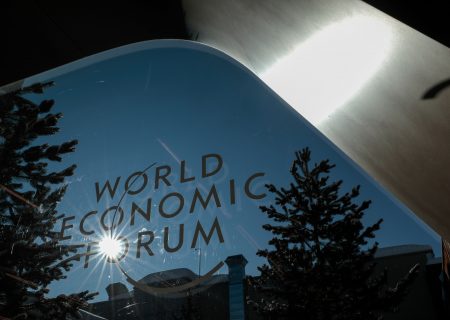