Members of taxpayer and resident associations are increasingly driving the establishment of Special Rated Areas (SRA’s).

Previously known as City Improvement Districts, SRAs are specific geographic areas within which property owners agree to pay for supplementary services. Thanks to the Municipal Property Rates Act 2004, which makes provision for the formation of SRAs, property owners can implement additional services in areas. Also, municipalities are obligated to maintain existing service levels after an SRAs established.

SRAs provide a formal structure, through which owners pay additional monthly rates for improvements. This allows property values to be maintained and/or improved and occupants to be safeguarded.

Stringent measures are imposed on all application processes. Property owners and rate payers associations in co-operation with municipalities, oversee applications from the earliest stages through to implementation, administration and monitoring of projects.

Depending on the size of a geographical area, applications are based on the number as well as value of properties. A majority vote of 66 % of all the owners, or 51 % of total property value, determines municipal approval. Additional requirements include business plans and budgets, as well as the formation of Section 21 companies to facilitate administrative and project management functions. In some cases, annual budget review processes are implemented.

The majority of SRA applications are found across business and residential precincts in urban areas, where increased security, as well as cleaning and greening are the most sought-after improvements.

But as of three years ago, there has been more of a demand for environmental protection. The Giba Gorge Environmental Precinct (GGEP) in KZN which received SRA approval, became the first rate payers association in the country to use this legislation tool for environmental purposes. GGEP Marketing and Communications Manager, Steve Camp says the SRA was established as a cooperative project between private landowners and the municipality to manage a common area for conservation purposes.

Although the majority of residents are passionate about protecting this environmentally rich area, resistance from property owners is one of the most common stumbling blocks when establishing an SRA, says Camp. “To get an SRA off the ground is a complex and time consuming process, not to be underestimated.” He says qualified and dedicated volunteers spent one year going from house to house to achieve the majority vote required of 165 private landowners in the area. Conservation management services are now able to continue through the Giba community and eThekwini Municipality’s Environmental Planning and Climate Protection Department.

Multiple benefits
But some provincial areas have been more proactive in their pursuit of multiple benefits derived from SRAs than others. The City of Cape Town currently has 25 approved and fully operational SRAs, resulting in massive improvement districts in both residential and commercial areas. Muizenberg and Sea Point are just two examples where property owners previously plagued with drug-related problems, have seen massive improvements as the direct result of SRA intervention.


Ethekwini Municipality is currently dealing with 14 newly proposed SRAs in areas where owners and occupants are mostly business operators. Motivations for SRAs in Durban precinct include crime prevention, cleaning and greening, administration, operational management, project management, public relations and communications. Different administration process apply, such as the Florida Road SRAs budget proposal which specifies that it will be imposed only for business or industrial properties, leaving residential properties at zero ratings.

Not all applications are successful, despite every effort made by associations. Free State residents say SRA approvals have yet to take place despite steady deterioration of the areas over the past 15 years. The 500 strong Fichardtpark Neighbourhood Association and registered conservancy in Bloemfontein, was unsuccessful in its SRA application to the metro municipality last year.

Chairman Arnold Lubbe says: “Due processes according to legal specifications were followed, which included a successful public participation process and submission of a business plan and budget proposals.” He says close co-operation with council officials will see renewed plans for Fichardtpark as well as the suburbs of Bloemdal and Universitas rate payers associations in their SRA applications in the near future.

Although associations in areas most in need of additional security measures are seldom able to afford expensive upgrades, the majority of SRA proposals include improved security services in applications. Owners in mix use commercial as well as exclusive residential areas say they continue to reap benefits from the installation of CCTV cameras, patrol vehicles, and access control measures.

Other areas also benefiting from SRAs include associations who oversee the protection of heritage sites in historic areas.

By uplifting degenerated nodes in distressed business and mixed-used areas, SRAs have managed to revitalise property investment through co-operation between cities, private business and municipalities.

*Anna-Marie Smith’s work as a freelance property writer since 2006 followed a career in the corporate service industry after studying Communications at Unisa. She changed direction from financial communications to writing for property publications, with an interest in sustainable residential and commercial development. She writes for Business Day HomeFront, Property Professional Magazine, PrivateProperty.co.za and Earthworks Magazine.

Car subscriptions are taking off in SA

Car subscriptions are taking off in SA 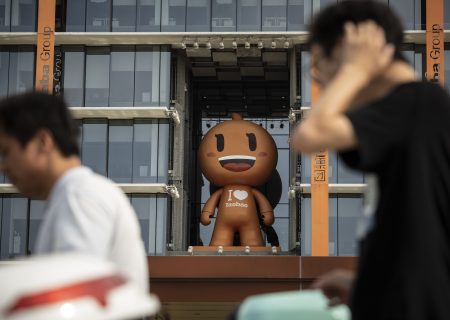