A Standard Bank Group Ltd. consultant who was detained in Mongolia amid a dispute with a local company over a debt repayment said he left the country and arrived in his native New Zealand.

Chris Bradley departed Mongolia on Dec. 19, he said today by phone from Auckland. Bradley was part of a five-person team from Africa’s biggest lender that visited Ulaanbaatar last month to seek talks with the government over $131 million in loans to Just Group LLC, a holding company, two people familiar with the matter said earlier this month. The people asked not to be named because they weren’t authorized to speak publicly.

Standard Bank is cooperating with the Mongolian authorities and “believes it is inappropriate to comment any further,” Kate Johns, a spokeswoman for the bank, said today by e-mail. Ross Linstrom, a spokesman for the bank, confirmed on Dec. 4 that Bradley hadn’t been allowed to leave Mongolia and said Standard Bank was cooperating with the Mongolian authorities.

Standard Bank alleges the loans are in default and filed a lawsuit in July in a London court seeking repayment.

Standard’s loans were made between 2007 and 2010 to Just Group to fund raw materials supplies and debt repayments at state-controlled Erdenet Mining Corp. and Ulaanbaatar Railways, according to a document obtained by Bloomberg News.

Bradley said by phone on Dec. 2 that he had been due to depart Mongolia on Nov. 29, but was “restricted by the authorities from leaving.” Bradley said he was advised of his situation by local police and that he was a suspect in an investigation. Tugsbayar Nasankhuu, a captain in the National Police Agency’s Press and Information Division, declined to comment on Dec. 4.

Bradley, a native of Hokitika, New Zealand, said this month he worked as an employee of Standard Bank from 1999 to 2001, and has consulted on a contract basis for the bank over the last nine years, including five visits to Mongolia since May. Total package remains at R500bn, even though the supplementary budget process identified only R145bn for immediate allocation. 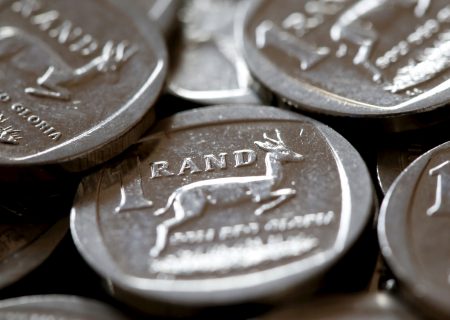