Miners have themselves to blame for much of the community opposition they face.
By André Janse van Vuuren 7 Feb 2013  16:39

The mining industry has got itself to blame for the opposition it encountered from communities, according to AngloGold Ashanti CEO Mark Cutifani, who said it was more important for companies to consult with local populations than governments when seeking support for the development of assets.

Speaking about the industry’s contribution to sustainable development at the Invest in African Mining Indaba in Cape Town on Thursday, Cutifani, also CEO designate of Anglo American, said the industry often loses sight of the effects its operations have on local communities.

“We’ve got to start (talking) with the local communities and make sure we’ve got their support, because most governments do understand the importance of the industry in terms of their country’s economy,” Cutifani said. “But we miss the local communities. In the information age when people can see how others are living, but have to sit next to a big hole in the ground and suffer the consequences of what you and I enjoy on a daily basis, you know you’ve got the model wrong.

“To be quite fair, it is also unreasonable to expect the politicians to sort those problems out.”

Cutifani said in previous centuries mining used to be a developmental industry which created major economies across continents, a model it can again emulate at very little incremental cost.

“We do the most important industrial activity on the face of the planet,” Cutifani said.
“With that tag comes a tremendous responsibility – to support society and help it achieve what it wants to achieve, because if we don’t our businesses will not be sustainable.”

He said it was the role of governments to put in place adequate and transparent regulatory frameworks that provide security of tenure. Labelling mining as “a real estate business”, Cutifani said if countries don’t do this, they will not see investment in assets which only deliver a return on capital over ten to 30 years.

Turning his attention to South Africa, Cutifani said the country has a good regulatory framework, a mid-range tax dispensation and good infrastructure, adding that the industry and government had to stop shouting at one another on the challenges the country faced.

He said the government’s intention to make sure resources were available for the development of local infrastructure was “a reasonable conversation to have”.

“Threats to licences were out of order,” he said, referring to comments made by senior ANC politicians in reaction to Anglo American Platinum’s restructuring plans. “I hope that … we have all learned a lesson that we shouldn’t be threatening the licence of a company that is looking to preserve its life.

“Certainly, consultation needs to be part of that process, but the challenge is to engage.”

Cutifani said the advent of new technology, which would enable South Africa’s mining companies to mine safely at deeper levels as well as lower costs, would as an unintended consequence, reduce the number of job opportunities.

“As leaders we need to talk about this issue and start now to invest in social programmes that will create employment outside our scope of work,” Cutifani said.
Cutifani’s admission about mining companies’ lack of focus on communities came as platinum producer Lonmin undertook to make “a fundamental change” in the way it engaged with its employees and surrounding communities.

The massacre at Lonmin’s Marikana mine in August was a precursor to a wave of strikes across the platinum and gold industry.

Acting CEO Simon Scott said the reference to a ‘fundamental change’ was an indication the group was taking a significantly different approach to issues it had been grappling with all along.

“It is an acknowledgement that these are not easy issues and absolutely not a tickbox exercise,” he said. 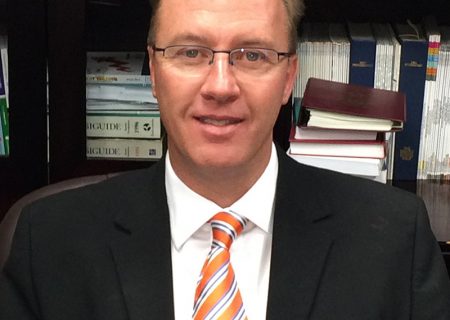