SAN FRANCISCO, Oct 6 (Reuters) – Zynga Inc’s inexorable decline over the past six months, capped by a sharp reduction in its 2012 outlook on Thursday, has sharpened interest in what Chief Executive Mark Pincus will do next.

Wall Street’s excitement over a game publisher once counted among the stars of the new social Internet has cooled since its December initial public offering. On Friday, analysts slashed their price targets on a stock that dived as much as 22 percent, to $2.21 – more than three-quarters off its $10 debut.

The fate of the company now rests with Pincus, the 46-year-old co-founder who controls a majority voting stake. Analysts say he needs to downsize its current 3,000-strong global workforce and come up with a hit that can captivate the growing number of players now moving to mobile devices, where its presence is relatively weak.

Zynga did launch several such games this year, including “The Ville” and “ChefVille,” and is working on several more. On Thursday, Pincus emphasized to employees in a company-wide memo that Zynga would be “continuing to invest in its mobile games business.”

But he warned that the company will make “targeted cost reductions,” which analysts interpreted to mean layoffs as Pincus shifts Zynga away from the “casual” Facebook games, like “FarmVille,” that were the company’s bread-and-butter for years.

“They have banked on the casual gaming segment, and to readjust the business to more core gaming, some casual heads probably have to roll,” said P.J. McNealy, CEO of Digital World Research.

The transition will be jarring for a company that moved early to build a formidable business almost completely on top of Facebook’s burgeoning platform. “FarmVille,” “FrontierVille,” “Zynga Poker,” “Mafia Wars” and “CityVille” took off primarily as Facebook games on personal computers. They accounted for 83 percent of total revenue last year.

Zynga has not been able to reverse the tide of users abandoning its previously lucrative Web-based games for offerings on smartphones or games from competing publishers.

Monthly-paying players rose to 4.1 million in the second quarter from 3.5 million. That number would have declined had it not been for new players attracted to “Draw Something,” which Zynga purchased in March. The company said on Thursday it will write off about half the game’s $183 million price tag.

One saving grace for Pincus may be Zynga’s large cash holdings, which amount to roughly $1.6 billion and will stave off any talk of bankruptcy. And Zynga’s revenues, while shrinking, remain substantial.

Pincus’ attempt to revive his company has been undermined by an accelerating employee exodus.

On Friday, the two creators of “Words with Friends,” one of Zynga’s most popular mobile games, announced that they had departed, following more than a dozen key employees who have left in the past six months.

“The departures underscore our skepticism about ZNGA and its ability to address the challenges it faces as it pivots towards mobile and its in-house gaming platforms,” Brian Pitz from Jefferies & Co wrote in a research note on Friday. “Yesterday, CEO Mark Pincus asked employees to not lose sight of the bigger picture, but this may not be enough.”

Besides betting big on mobile, Pincus hopes to capture growth in online gambling games, an effort that could take years to pay off. It could take 18 to 24 months for U.S. authorities to legalize it, McNealy said.

Zynga Poker, where players win virtual currency as opposed to real cash, is the world’s largest online poker game. The game constituted 18 percent of Zynga’s $332.4 million revenue last quarter, behind “FarmVille,” which brought in about 29 percent.

Zynga plans to seek out overseas markets such as the United Kingdom and France, where online gambling is partially legal. Pincus told analysts on an earnings call last quarter that these first real-money gaming products would launch in the first half of 2013.

Some on Wall Street now speculate about the possible takeover of a company whose stock has fallen more than 80 percent from its high earlier this year.

For most of Friday, Zynga traded below the company’s book value of $2.30 a share according to Thomson Reuters data – the sum value of its assets including real estate holdings and roughly $1.6 billion in cash.

Tom Taulli, an editor at IPOPlaybook.com, said the names of potential acquirers being bandied about have included Amazon , Yahoo and Activision, the game publisher that has a small presence on Facebook and smartphones, two platforms where Zynga has invested heavily.

Even at such a discount, analysts warn that Zynga, valued at $1.88 billion, may not be a natural acquisition target for interactive media companies, given the uncertainty about Zynga’s business and the mixed results of major social gaming deals generally.

Last July, Electronic Arts acquired PopCap Games for $650 million in cash plus stock but recently laid off employees and shuttered a PopCap studio. And analysts have continued to second-guess Walt Disney Co’s $763 million deal for Playdom in 2010.

“Disney and EA have a pretty sour taste in their mouth,” said Richard Greenfield, an analyst at BTIG. “Everyone who has tried to make a purchases in this sector is losing money.”

Sterne Agee analyst Arvind Bhatia said most acquirers would probably wait a while longer to see how Zynga fares.

“In a situation where you have fundamental problems and the business is deteriorating, it’s going to be tough” to negotiate a sale, Bhatia said. “What’s needed is swift action to right-size the company.” 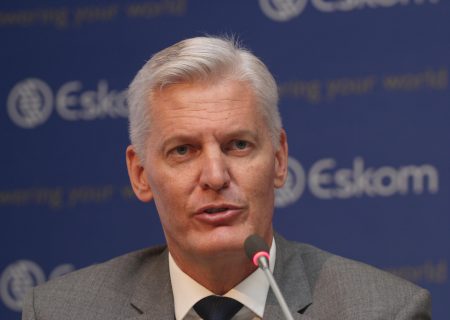