A pyramid scheme by any other shape

Many schemes go to great lengths to avoid being identified as pyramid schemes by using circular or floral diagrams in their marketing material.
23 March 2021 06:01   /  By  Craig Torr - Crue Invest (Pty) Ltd 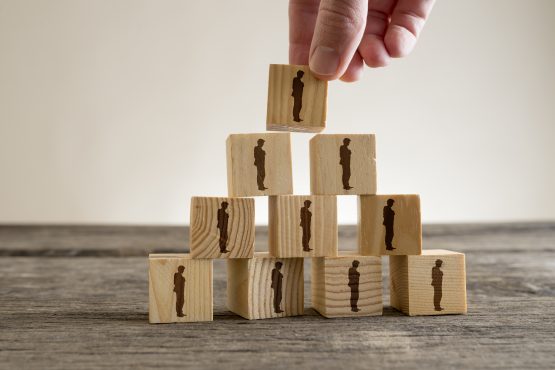 To avoid being identified as a pyramid scheme, many new such schemes disguise themselves through the use of other shapes, including circles, flower looms and mandalas. And instead of referring to your entrance fee as an initial payment, it is referred to as a gift from which everyone in the ‘sacred space’ benefits.

These types of pyramid schemes – also referred to as gifting circles, sou-sou or blessing looms – are illegal and can cause financial harm to their unsuspecting victims. Many such schemes go to great lengths to avoid being identified as pyramid schemes by using circular or floral diagrams in their marketing material. But, the hallmarks of a pyramid scheme cannot be denied, and would-be victims need to know how to look past the pictures to find the hidden danger that lies therein.

The mechanics of a pyramid scheme

The mechanics of a pyramid scheme rely on two things, namely (a) an upfront entry fee or initial payment with the promise of significant returns often in a short space of time, and (b) the requirement to recruit new members to the scheme. Members who join a pyramid scheme generally move through different levels until they reach the highest level – at which point they are paid out their promised ‘returns’. In order to ensure that the scheme can pay them their ‘returns’, they need to keep recruiting members underneath them. This is because the entrance fees paid by the new recruits are used to fund the ‘returns’ paid to the member at the top. As there are a finite number of people in the world, new recruits to the scheme i.e. those in the wide base of the pyramid, or in the outer rung of the circle – eventually dry up and the scheme collapses.

Financial hardship is a breeding ground for pyramid schemes

In times of unprecedented hardship such as those brought about by the Covid-19 pandemic, pyramid schemes tend to gain greater traction, especially when coupled with the power of social media. And yet, the current rise of pyramid schemes or ‘gifting circles’ seems to have found a wider audience, also targeting those who are feeling isolated, alone, fearful and distrustful of the traditional economy which in many sectors has been battered by the pandemic.

In many instances, the wording of the scheme’s marketing material speaks of female empowerment, the rejection of patriarchy, and of one’s inherent right to financial abundance and prosperity – reminiscent of the religious prosperity gospel. Very often, there is a rejection of the way traditional investments work, and a promise to do things differently by working together in a close, sacred community – the result of which is that the universe will conspire to make everyone in the community wealthy beyond their imagination. Such schemes generally provide a safe space for those who are financially desperate, lonely and suffering personal hardship to meet, encourage and support each other in their ‘journeys to abundance’.

The problem with ‘gifting circles’

The term ‘gifting circle’ is problematic and misleading because there is essentially no gift involved. The ‘gift’ is in reality an entrance fee that is paid to the member at the highest level or inner rung as a return on their initial investment. If it were truly a gift, there would be no expectation on the part of the giver to receive anything in return, which is not the case. The ‘gift giver’ pays the fee with the intention of ultimately moving to the highest level or rung so that she can receive her promised investment return. Nothing is for free in a gifting circle and they only thing members are buying into is a promise.

The marketing material distributed by such schemes generally tends to use floral and spiritual language, drawing the reader away from the maths. To avoid sounding like an investment scheme, membership levels are referred to by ethereal names such as seed, sapling, lotus and blossom, or earth, water, fire and air – creating a sense of belonging to a greater universe. Generally, there is an element of exclusivity around joining the scheme where new recruits are advised they have been hand-selected to join a private group of like-minded individuals, with only a handful of invitations being available.

New recruits are encouraged to attend information sessions where existing members share their testimonials of their substantial gains as a motivation for joining. Frighteningly, new recruits are often encouraged to extend their home loans, sell cars or take out personal loans in order to join. One particular ‘gifting circle’ doing its rounds in South Africa has a $500 entrance fee with a promise of a $4 000 payout every month. New recruits are not encouraged to ask too many questions, but rather to focus on the community, to develop an appreciation for solidarity economics, and to believe that the universe will manifest financial abundance. Sadly, the nature of such schemes means that new recruits need to leverage off and exploit current relationships, with family members, friends and colleagues being first in line to be invited.

The spiritual and psychological appeal creates a sense amongst the scheme’s members that they belong to something greater than just an investment scheme and, as such, it is easier for the exponential nature of the maths to be masked. Members are encouraged to meet regularly so as to share stories, encourage new members, give testimonies of their new-found wealth, and support each other on their journeys to abundant wealth.

The reality, however, is that it is simply not possible to keep recruiting new members for each cycle of the gifting circle and eventually no more new members will be found, at which point the entire scheme will start collapsing. When members eventually realise what is happening, they are very often too ashamed to admit they have been conned. Further, many tend to remain in the scheme in the hopes of recovering some of their money rather than abandoning the scheme altogether, keeping in mind that those who choose to leave the scheme often suffer a nasty backlash from existing members who are relying on their membership in order to be paid their returns.

Reporting the scheme is difficult because all information pertaining to the scheme has been passed along between close friends, family members, colleagues, and often religious leaders, and no one wants to risk exposing those close to them to higher authorities. Unfortunately, because of this, pyramid schemes tend to fly below the radar for extended periods of time, finding more victims, until they ultimately collapse.

How to identify a pyramid scheme

If you’re invited to join a gifting circle, pyramid scheme, sou-sou, blessing loom or empowerment network, regardless of the underlying shape used to support the structure, here are some tips to identify such a scheme:

Was this article by Craig helpful?
2

Sadly it’s not just the financially desperate looking for quick returns. I know some well off people who got caught up in these schemes (MTI anyone?)

Also this is the best piece of advice just in general: “Can you draw a diagram explaining how the scheme works, where the money flows, and how your returns are generated?”

What makes it far easier for the scammers, is simply throwing in buzzwords referring to technologies that people have heard of, but don’t understand at all. Just say the word “blockchain” and you’ve got them lining up, never mind that blockchain is a completely failed technology. Adriaan Nieuwoudt must be tearing his hair out that he’s not making millions from some blockchain and crypto scam.

Also, the problem is that once a guy has put his life savings into Krion, Kubus or MTI, the last thing he wants to hear is you pointing out that his investment is a dogpile. They’ll crawl out of the woodwork on forums like this, screaming invective at you, until they have to pawn the smartphones or sell their laptops, that is.

@Incitatus: I liked your “blockchain is garbage” artcile-link some weeks ago.

Great Article! When people become desperate to generate an income in these torrid economic times they become easy victims.