The ETF has sold off substantially more than the general market, losing a whopping 60% since topping out last year, of which, 32% has occurred year-to-date.
24 March 2022 15:22   /  By  Mauro Forlin - Global & Local Asset Management 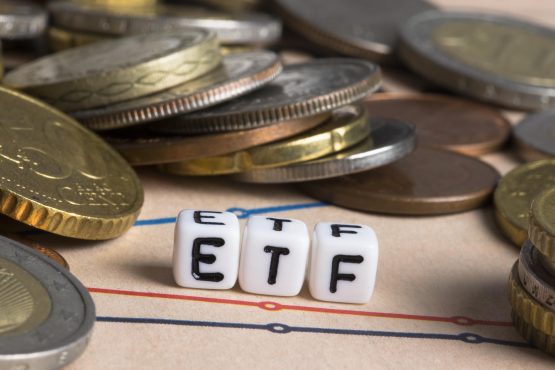 I’m sure most of us have heard of the Ark Innovation ETF (ARKK) – run by ARK Investment Management LLC’s CEO, CIO, and founder Cathie Wood – as it made countless headlines due to its stellar performance throughout 2020. The ETF is actively managed and aims to invest in stocks with disruptive technology which they define as “the introduction of a technologically enabled new product or service that potentially changes the way the world works”.

ARKK grew tremendously coming out of the March 2020 lows – a time that would prove to be the start of an exceptional rally in technology/growth stocks. This led the ETF up 384% from its March low of $33.00 to its all-time high of $159.70. Since reaching its high in February 2021 there has been a general shift away from growth stocks in global markets. Developments such as the ongoing Covid-19 pandemic, tightening monetary policy and now the Ukraine-Russian conflict have all contributed to a shift in investor appetite away from the higher risk assets. Given that it is ARRK’s intent to invest in “disruptive technology” it should come as no surprise that the ETF is heavily invested in high duration technology stocks of which a few have not even turned a profit yet.

Consequently, the ETF has sold off substantially more than the general market, losing a whopping 60% since topping out last year, of which, 32% has occurred year-to-date. The average individual would be prone to think that although ARKK has performed poorly over the last year, it is still up roughly 210% since its inception and thus this period of poor performance is just a blimp in the greater scheme of things. However, as I will demonstrate below, while ARKK’s time-weighted returns remain strong its money-weighted returns paint a completely different picture. (All returns as at end of February 2022).

Before diving into the data, let me first explain the difference between time- and money-weighted returns. Time-weighted returns are the returns reported by funds on their fact sheets and measure the performance of the fund over a period while ignoring cash flows. In other words, it assumes that a lump sum is deposited into the fund at the beginning of the period and that no other purchases or sales occur subsequently. On the other hand, money-weighted returns (or the investor’s actual return) measure a fund’s performance whilst considering all cash flows. It is thus expected for a fund to have reported (time-weighted) returns that differ from the money-weighted returns. This is because investors often buy and sell funds throughout a holding period, so if shares are bought right before a major downturn or sold right before an upswing then the investors results will differ significantly to the funds reported returns.

To look at how ARKK’s shareholders have done (i.e., the money-weighted return), a few simplifying assumptions were made due to limited access to the funds actual cash flows or the timing of these cash flows. The funds monthly assets under management (AUM) and net asset value (NAV) were therefore used to approximate the monthly cash flows. This was done by:

It is evident that while the trend is upward, ARKK’s money-weighted return outperforms its time-weighted return. This intuitively makes sense, as investors would have been buying into the fund whilst it was performing well and therefore the money-weighted return exceeds the time-weighted. However, once the fund started performing poorly the data depicts the money-weighted return falling dramatically and destroying investor value. This is explained by the fact that when ARKK was thriving and providing such high returns, there were fewer shareholders around to benefit from them. At the start of 2020, just before it was about to begin its rally to new all-time highs, it had only $2 billion in assets. By June 2021, assets had ballooned to $25.5 billion, just before the performance was about decline substantially. Evidently, most investors bought into the fund just before it was about to reach its peak, thus the fund’s money-weighted (investor) returns have deteriorated at a rapid pace.

You can clearly see this from the below chart which shows ARKK’s estimated inflows and outflows (red and green bars) coupled with its performance (purple line). The chart emphasises how inflows only started to pick up near the peak of the fund’s performance. Thus, for most investors, their returns have likely been poor despite the fact that the ETF continues to show good time-weighted returns over the long run.

While the speculative rise in the types of growth stocks that ARRK has invested in undoubtedly soared due to the post-pandemic stimulus, the current environment we find ourselves in is not as accommodating. Rising yields coupled with slowing growth have destroyed the value of these long-duration growth companies with uncertain profit outlooks. The below chart shows this by comparing ARKK’s performance with the S&P 500 and NASDAQ Composite indices from the beginning of 2020 to date. As per the above chart, ARKK’s returns have now underperformed both the S&P 500 and NASDAQ Composite indices over the period. Whether or not growth stocks will come back into favour is a question for another day, however, the above highlights that picking winners in a bull market should never detract from the need to avoid unwanted risk and volatility in a portfolio.

This is why at Global and Local Asset Management we employ New Age Alpha’s “Avoid the Human Factor” tool for portfolio construction.

The Human Factor (H-Factor) is an actuarially based portfolio tool, developed by New York-based asset managers New Age Alpha, aimed at mitigating the risk of human behaviour in stock picking.

The H-Factor does not seek to generate returns by applying traditional methods such as the common smart beta and factor exposure funds we have all come to know. Instead, the H-Factor quantifies and avoids the risk of human biases in stock picking.

New Age Alpha’s Human Factor tool, which is free to use, scores over 6 000 shares globally including many JSE listed shares.

The probability uses the only two things we know for sure about a listed company: the current share price and the profitability of a company as reported on the published financial results. From these two data inputs, we can calculate the probability of the company being able to produce the growth implied by its share price based on whether the company has done this in the past 16 reporting periods.

To demonstrate the use of the H-Factor in practice we constructed the below New Age Alpha (NAA) Audit Portfolio. The NAA Audit Portfolio starts with the original holdings in the ARKK ETF, but then, on a quarterly basis, swaps out the stocks that have poor H-Factor scores (i.e., a high chance of NOT being able to generate the growth implied in its share price) with other stocks in the same sector that have better H-Factor scores. Below are the results.

Comparing this chart with the previous one for ARKK (figure 1) clearly shows that the two produce substantially different results. Whilst the NAA portfolio doesn’t produce as high of a return as the ARKK ETF in an upward trending environment, it clearly performs better when the market starts falling. The drawdown from the peak for the NAA portfolio is only 19.53% vs. 54.95% for the ARKK ETF. The current time- and money-weighted return for the NAA portfolio are 57.47% and 9.08% respectively, as compared with 48.88% and -43.53% for ARKK. This shows us that the NAA portfolio successfully mitigates downside risk and preserves shareholder wealth, as opposed to the ARKK ETF which picks speculative stocks without a track record that are prone to high volatility and drawdowns.

By using a probability-based approach to stock selection, we identify and avoid the risks present when investors interpret vague and ambiguous information inherent in share prices in a systematically incorrect way.

The Human Factor Score measures the probability of the listed company generating the growth implied in its current share price.

We at Global & Local Asset Management use the “Avoid the Human Factor” strategy to manage our collective investment scheme portfolios. The strategy focuses on managing portfolios like an actuary and not a portfolio manager.

The approach taken by Global & Local Asset Management is not to manage portfolios like a portfolio manager but rather to adopt actuarial techniques to asset management.

If you would like to know more about how the Human-Factor score tool works and how we “Avoid the Losers”, then please contact us at Global & Local Asset Management.