Avoid the point of ruin

The ‘point of ruin’ refers to the point at which your retirement savings start declining at an accelerating rate.
23 August 2021 06:51   /  By  Martin de Kock - Ascor® Independent Wealth Managers 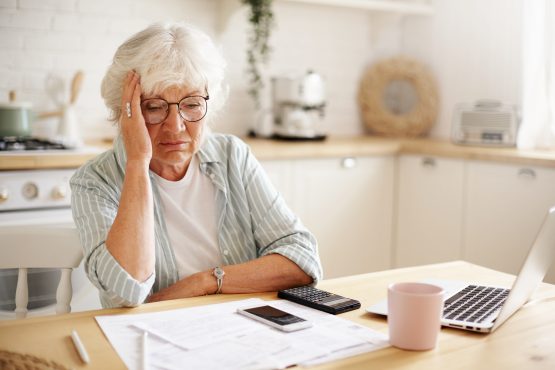 The value of your retirement fund has become a topical discussion during the Covid-19 pandemic and all the socio-political issues that have been plaguing South Africa of late.

Along with this discussion, the term “point of ruin” is often mentioned. This is in reference to the point at which your retirement savings start declining at an accelerating rate. As the funds decline, the capital growth is not enough to sustain your drawdown rate and you speed towards a point where your money runs out.

Many prudent retirees believe that they can avoid reaching the point of ruin by keeping their drawdown rate stable. This is definitely a sound approach, but it does not consider the effect that underperforming markets may have on the capital that you are drawing from.

Put differently, your drawdown is a percentage of the underlying investment. If the investment declines significantly, as has been the case during several parts of the protracted lockdown, then you will be drawing a proportionately larger amount.

This means that you may be keeping your drawdown rate stable, while not realising that in poor economic conditions you are depleting your savings faster. If possible, it may help to not increase your drawdown after a year that has not produced adequate growth on your investment. After a year that has produced good growth, resist the temptation to increase your withdrawal in line with the growth on your investment, and rather just take an inflationary increase.

It is, of course, much worse if you maximise your drawdown rate. We often see retirees who have maxed out their drawdown rate, sometimes at the advice of an unscrupulous financial advisor and sometimes out of pure desperation to maintain their living standards.

At the highest drawdown rate of 17.5%, especially in an underperforming market, you are dipping into your life savings and eating away at the capital. With less money left in your savings, it grows at a slower rate and every year you have less to live off.

Ultimately, you reach (and pass) the point of ruin, where your savings start declining at an accelerating rate and you head towards financial ruin.

The Financial Service Conduct Authority (FSCA) recommends that you should limit your drawdown rate based on your age. They provide the following proposed withdrawal rates:

You will notice that these rates are much lower than people expect. It is perhaps still too high in tough market conditions and that is one reason why the Treasury allowed pension funds to temporarily lower the minimum drawdown rate to 0% during the first part of the lockdown.

While this short overview of the point of ruin may sound alarmist, it is important to keep in mind that you must protect your savings as much as possible. Do not let your immediate lifestyle risk your future retirement prospects and get the help of a qualified CERTIFIED FINANCIAL PLANNER (CFP®) to make sure you never reach the point of ruin.

Was this article by Martin helpful?

Not to worry, new national retirement is coming so you wont need to worry about retiring