If this is a space that interests you, the sensible approach would be to allocate a portion of your portfolio to be self-managed.
21 May 2021 06:26   /  By  Trent Hodges - Gray Capital 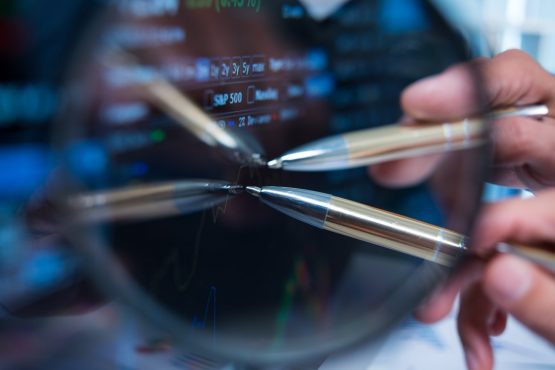 For most investors, a wealth creation strategy incorporates various asset classes and sensible allocations across geographies and sectors. The common approach is to use balanced funds, ETFs and similar products to achieve broad exposure at the lowest possible fee.

Does this work over the long term? Well, if we define work as “achieves average returns”, then absolutely it does. This is the classic argument in favour of a passive investment strategy.

After all, how do you go about selecting which ETF to use?

Let’s take a closer look at the Coreshares Total World ETF which recently launched. The fund comprises over 9 000 constituents across 10 sectors, which sounds incredibly diversified at first blush.

In fact, this sounds like it could be the most passive option available to equity investors.

The top 10 holdings within the 9 000 constituents contribute 12.4% of the total fund. Of those top ten holdings, most are leading tech companies like Apple, Microsoft or Amazon. Sure, it’s a diversified fund, but one still needs to be comfortable with over 10% of the fund being exposed to “big tech” as an investment theme.

The point is that no strategy can be considered truly passive. The allocation in your portfolio to global equity exposure is an active decision. The decision to buy a global index is active too, with many believing that emerging markets could do better this year than developed markets.

Is the time horizon one year, three years or five years? That’s also an active decision.

With all these active decisions hiding behind passive strategies, perhaps there’s an argument to take the analysis one step further. If you are the type of investor who makes the effort to read ETF fact sheets and compare TERs and underlying index performance, then doesn’t it make sense to learn how to read basic financials and assess the most important valuation metrics for individual companies?

Once you scratch beneath the surface, the amount of information available publicly is remarkable. There are genuinely good analysts willing to share freely on platforms like Twitter. It isn’t easy to take a more active role in your portfolio, but it can be rewarding both financially and intellectually.

The telecoms sector has been a perfect example of the value of stock picking on the JSE. Year to date, MTN is up around 60%, Telkom is up around 35% and Vodacom has failed every internet speed test with an increase of just 3%. It’s rare to see such a gap in returns among otherwise similar companies, but it does happen.

Another significant divergence has been in the home improvement theme, with high-LSM South Africans continuing to invest in their homes as they work from home and aren’t able to spend on overseas holidays. Italtile has returned a solid 8.7% this year, but Trellidor (up 27%) and Cashbuild (up 30%) have been star performers.

Where the gap between leaders and laggards in any given sector is small, active research probably isn’t worth the time. Where the potential reward is large, it becomes a lot more interesting. Of course, it’s easy to make this assessment in hindsight. The real art lies in identifying interesting sectors and the winners in each one.

The decision to take a more active role in wealth creation shouldn’t be taken lightly. This is especially true for those who do not have a formal background in finance. Malcolm Gladwell’s 10 000-hour rule is probably extreme in this case, but there’s a serious time commitment required to get up to speed with even the most basic fundamental and technical techniques.

If this is a space that interests you, the sensible approach would be to allocate a portion of your portfolio to be self-managed. This allows you to build the skill set and practice with a smaller pot of money, without blowing up your retirement fund.

The other risk-mitigating strategy would be to only buy vanilla instruments like ordinary shares, rather than leveraged instruments like CFDs. It’s better to underperform an index than to lose money on an outright basis.

With CFDs, the latter outcome is more likely than not.

Nice to see a different viewpoint in MW.

The key factor here is really whether or not you can commit the time & mental space to investment decisions/education.

It’s worth investing the time.