Consider your options, as the state eyes your pension

If prescribed assets are implemented, SA pension funds may have to invest a portion of their assets into SOEs with social and economic development mandates.
10 October 2019 09:05   /  By  Brian Butchart - Brenthurst Wealth 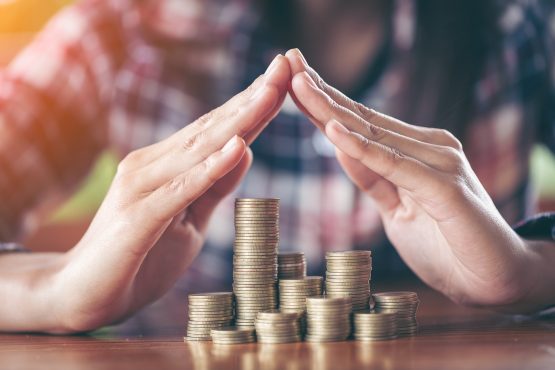 While speculation abounds and scare tactics surface every now and then, details are scant about the state’s plan to prescribe SA’s pension funds, there are, however, options each investor should consider to protect their retirement benefits.

Anyone 55 years of age and older, could potentially retire from their retirement annuities, preservation, provident or pension fund (depending on the rules of the fund), draw a lump sum and convert a portion to a living annuity. In so doing, an investor can protect his/her savings, converting pre-retirement products governed by Regulation 28 to a post-retirement living annuity. Once converted to a living annuity the investor has full flexibility with regards to asset allocation without any interference from government. This allows the investor the freedom to invest their tax-free and or after-tax lump sum wherever they choose, without being subject to prescription or Regulation 28.

But how high is the probability of prescription? Especially for investors not yet 55 who are locked into their retirement benefits until then?

The ruling party’s 2019 manifesto refers to prescribed assets – the proportion of financial institutions’ resources that would be assigned to socially productive assets – as a key priority.

The easiest way to do this is to change Regulation 28, currently governing all pre-retirement products such as pension, provident, preservation funds and retirement annuities.

The most important limitations of Regulation 28 in its current form are equities 75%, listed property 25%, offshore assets 30% and alternative assets 10%.

If prescribed assets are implemented, it could become government policy for the local pension fund industry to invest a portion of its more than R4 trillion in assets into state-owned enterprises that have social and economic development mandates like Eskom and Transnet.

If pushed ahead, Regulation 28 will be altered, forcing asset managers with Regulation 28-compliant mandates across retirement assets to buy a certain amount of government institutional bonds.

The fact that this will be at higher yields, could soften the blow, and most South African pension funds currently have some exposure to government bonds anyway.

But constant bailouts of these government-run institutions, and state capture revelations have created much uncertainty, even concern in the market, especially around prescribed asset requirements that could force all fund managers to invest in government-approved instruments, regardless of the underlying economic circumstances of the underlying entities.

The concern is understandable, the country has burnt its fingers with similar policies before. Prescribed assets were first introduced in South Africa in 1956 by the National Party when pension funds were required to invest more than half of their assets into state bonds.

The Prudential Investment Guidelines during that time required that 53% of retirement fund assets, 33% of assets of long-term insurance companies and 75% of the Public Investment Commissioners’ (now Public Investment Corporation (PIC)) managed assets to be invested into government and SOE bonds.

And In 1977, the stipulation was as high as 77%. If the ANC institutes similar allocations, this poses a massive risk to retirement members savings.

Regulation 28 was imposed to protect retirement benefits from excessive risk. Prescribed assets as proposed go against the intention of this prevailing legislation and the requirements of retirement fund trustees. Trustees have a fiduciary duty to act in the best interests of members and prescribed assets will limit the extent to which they can ‘safeguard and grow member benefits.’

Regulation 28 is only applicable to pre-retirement funds – so any changes would not give government access to discretionary assets or post-retirement products such as living annuities. Although this too could change, though it’s unlikely.

There’s no need to panic, but perhaps a critical discussion with a financial advisor, especially for those over the age of 55 (qualifying age for most pension benefits) and the potential impact on your retirement funds, depending on how government intends to implement prescription is necessary.

As it stands now, the plan for prescribed assets have been proposed – but not yet formalised. It will, however, only be regulation and not an Act of Parliament so it could be realised sooner than later.

Although Enoch Godongwana, head of economic transformation for the ANC recently stated the party has not made a decision on the prescribed assets proposal, he indicated the importance of directing SA’s domestic savings to achieve developmental goals. Among those goals would be growth, employment and transforming the economy to reflect the demographics of the country.

President Cyril Ramaphosa also recently stated in parliament: “Our resources are now depleted.” The state is broke, looking for solutions and eyeing your pension!

The advisory and asset management industries, as well as various lobby-groups, are voicing their opinions on the proposals, intentions and potential impact of prescription to oppose any such moves.