Estate planning for your worldwide assets

How to protect your foreign assets and ensure that their succession is correctly planned for.
3 November 2020 06:16   /  By  Eric Jordaan - Crue Invest (Pty) Ltd 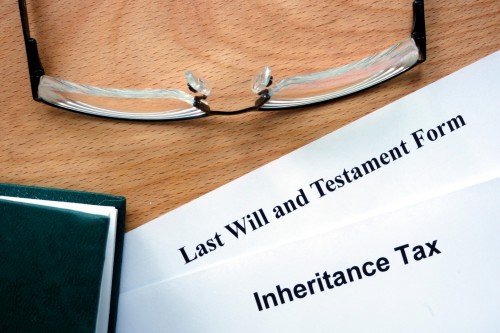 Globalisation means that more and more South Africans are travelling and working abroad and, in doing so, purchasing assets and investing in businesses overseas. In addition, with local political and economic uncertainty, more South Africans are investing offshore either through foreign-domiciled funds or rand-denominated funds. If you own assets in a foreign jurisdiction, it may be necessary to undertake an estate planning exercise to ensure that these assets are protected and that their succession is correctly planned for.

Unless otherwise specified, your South African will covers your world-side assets. That said, the nature, location and value of any assets that are not located in this country may require that you draft a separate will that deals with these assets, and this is known as a foreign will. From a practical perspective and depending on the foreign jurisdiction, it may not be possible to have your South African estate and foreign estate wound up simultaneously due to requirements by each jurisdiction for certified and court-sealed documentation.

Also referred to as an offshore will or concurrent will, a foreign will deals with those assets that you own which are located in a foreign jurisdiction. Generally speaking, a foreign will is required if you own immovable property or shares in an overseas company. Assets such as life insurance policies and small bank accounts generally don’t require a foreign will, although there may be practical reasons to draft a foreign will and it is always best to seek expert advice. Having a separate will for your foreign assets, even if you don’t legally require one, means that your South African estate can be wound up at the same time as your overseas assets, thus avoiding unnecessary delays for your loved ones.

Probate is a procedure whereby your South African-drafted will is approved by the foreign legal authority as valid so that your foreign assets can be administered in that jurisdiction. It involves obtaining the necessary court authority in the foreign country to ensure that your estate can be wound up accordingly.

Many countries, such as South Africa, the UK and Canada enjoy the freedom of testation which is essentially the right of the testator to bequeath their assets to whoever they wish. In South Africa, there are very few restrictions to a testator’s freedom, one of them being that the first-dying spouse must make financial provision for their surviving spouse and children to the extent that they are financially dependent on them.

However, not all countries enjoy the freedom of testation. Many countries, especially those in civil law jurisdictions and those operating under Shariah law, have mandatory succession rights – otherwise known as ‘forced heirship’. These countries include Mauritius, Switzerland, Spain, France, Japan and Portugal. While mandatory succession rights vary from country to country, these rules essentially restrict a testator’s freedom to distribute their estate as they see fit. Through forced heirship, a certain portion of a deceased estate must devolve upon the deceased heirs – normally spouse and children but can include other close relatives including parents and siblings – in pre-determined proportions.

If you own assets outside of South Africa, they are deemed to be held in a foreign jurisdiction and understanding the laws and procedures of such jurisdiction as this can greatly impact the smooth winding up of your estate. If you hold assets in a country where a foreign language is spoken, consider the fact that language barriers and translation costs would result in delays and additional expenses. It is also important to understand exactly which jurisdictions your assets fall under. For instance, a foreign will dealing with your UK assets does not include assets held in the Republic of Irelands, Isle of Man, Jersey and Guernsey as these are separate jurisdictions. If you own immovable property overseas, bear in mind that that jurisdiction may only recognise a will executed in that jurisdiction to dispose of property, so be sure to understand the legal implications before buying fixed property. Further, it is important to understand whether the jurisdiction in which you own assets has a double taxation agreement with South Africa, whether the European Succession Regulation is applicable, and what the tax implications of that jurisdiction are.

If you are invested directly offshore through foreign-domiciled funds, your investments are held in the foreign country’s currency such as dollars, euros or pounds and, generally speaking, you may require a foreign will to deal with these assets. On the other hand, if you are invested offshore through a rand-denominated fund such as a feeder fund, your funds are held in South African currency and a foreign will is not required.

If you’re a permanent resident in South Africa, your worldwide estate is subject to the South African tax system and, as such, capital gains tax and estate duty apply. This is because our tax system is based on residency and not the source of funds meaning that, regardless of whether you have a separate will for your foreign assets, you are still required to report them to Sars.