Many couples do not spend enough time before getting married ensuring that their antenuptial contracts are aligned with their needs.
10 May 2021 06:35   /  By  Gareth Collier - Crue Invest (Pty) Ltd 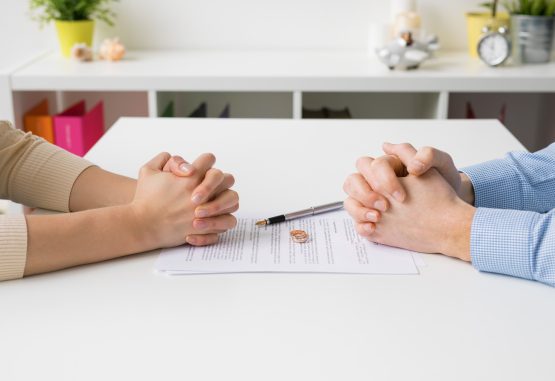 While the accrual system is a much fairer and more equitable matrimonial property regime, it can present some complications when it comes to calculating the accrual if the marriage is dissolved through divorce. Many couples do not spend enough time before getting married ensuring that their antenuptial contracts are aligned with their needs and, when the marriage comes to an end through a divorce, they are ill-prepared for the resultant financial consequences.

Every marriage that includes the accrual system is supported by an antenuptial contract which sets out the financial consequences of the marriage. When drafting their antenuptial contract, a couple has the freedom to change some or all of the automatic financial consequences of marriage, thereby effectively creating their own matrimonial property system. The antenuptial contract can set out the terms of possession of assets, control and ownership of property, and how assets will be split on dissolution and, as such, is a useful tool when it comes to protecting each individual’s rights. This means that marriage with the accrual is not a one-size-fits-all property regime and it is important for divorcing couples to look to their antenuptial contract when understanding which assets will be included and/or excluded.

As a general rule, the following assets are excluded when calculating the accrual:

One of the distinct advantages of the accrual system is that any debt incurred by a spouse prior to the date of marriage remains separate and does not form part of the accrual calculation. Only the debt that is incurred by each spouse during the subsistence of the marriage is used when determining the accrual. Further, it is important to note that the accrual is a contingent right and not a vested right – meaning that no spouse has a claim to a specific asset in the event of divorce, but rather each spouse has a future claim if divorce occurs. The accrual is therefore protected from creditors. That said, it goes without saying that each spouse to the marriage has a vested interest in the other spouse’s estate, and it is in both spouses’ interests that their respective estates are well managed so as not to prejudice a potential accrual claim in the future.

Thankfully, Section 8(1) of the Divorce Act provides some protection in circumstances where one spouse’s conduct seriously prejudices the value of their estate and, in doing so, prejudices the other spouse’s share of the accrual. In such circumstances, the prejudiced spouse may approach the courts for an immediate division of the accrual meaning that they do not need to institute divorce proceedings in order to protect the accrual of their estate.

Where one or both spouses contribute towards a retirement fund, the value of the retirement fund will be included in the accrual calculation, unless it was expressly excluded in terms of the couple’s antenuptial contract. In respect of pension, provident and preservation funds, the pension interest is the total benefit to which the member spouse would have been entitled to in terms of the fund rules if their membership had terminated due to resignation at the date of divorce. Where the member spouse is invested in a retirement annuity, the pension interest refers to the total amount of the member’s contribution to the fund up to the date of divorce plus simple interest at the prescribed rate.

Living trusts are frequently used by divorcing spouses to hide assets so as to reduce the value of their estates. A spouse married with the accrual is free to set up an inter vivos trust without the consent or knowledge of their spouse, and is able to transfer any asset to the trust. However, our law does make provision for a spouse to bring a high court application to have the assets held in trust taken into account when calculating the accrual. In such circumstances, it must be shown that the trust founder retained control of the assets and that, but for the trust, they would have owned the assets in their own name.

In its simplest form, the term ‘accrual’ refers to the net increase in the value of each spouse’s estate since the inception of the marriage. Whatever belongs to each spouse prior to the marriage, both assets and liabilities remain theirs; but whatever they build up during the course of the marriage belongs to both of them and should be shared equally.

Remember, in terms of the accrual system, the estate of each spouse remains completely separate until the time that the marriage dissolves. At the time of divorce, only property acquired during the subsistence of the marriage will be taken into account when calculating the accrual. Hence, the first step in calculating the accrual is for each spouse to add up all their current assets including fixed property, vehicles, boats, livestock, cash, investments, shares, furniture, policies, and retirement funds that accrued during the marriage. Thereafter, the next step would be to deduct any assets that were excluded in the antenuptial contract, as well as any inheritances, legacies or donations.

At this point, each spouse would need to deduct any debts and liabilities which accrued during the course of the marriage. From this sub-total, each spouse must deduct the commencement value of their estates as stipulated in the antenuptial contract, adjusted by CPI, in order to arrive at the accrual in their estate. The value of the smaller estate will then be deducted from the value of the larger estate, with each spouse having a 50% claim to the difference.

While not a perfect system, the accrual system is by far the fairest and equitable matrimonial property regime available. However, it is important for marrying couples to understand the value of a well-constructed antenuptial contract when it comes to tailor-making the financial consequences of their marriage and how the assets will be divided at divorce.

Was this article by Gareth helpful?