How do you select a fund that invests in Indian equities?

This is the fourth and final article in the series of articles on investing in India, an area in which Rosebank Wealth Group is currently allocating client assets. It is our view that in a growth starved world India stands out as a long term investment of choice.

Since January this year, the case for investing in India has become more compelling. Over the weekend of March 10/11 2017, Prime Minister Narendra Modi’s position was endorsed at the provincial polls when the election results from five Indian states were announced.

The outcome of the provincial elections was uncertain due to the unknown impact of demonetisation, an anti-corruption initiative introduced by Modi in November 2016. The results in Uttar Pradesh province (population 200 million) were particularly spectacular when Modi’s victory beat all projections. His majority win has set-up India for a much needed period of stable party politics. According to fund manager of the Ashburton India Opportunity Equity Fund, Simon Finch, it gives Modi a near seven-year mandate, unheard of elsewhere in democratic nations.

Finch also notes that GST bills are being passed without incident in parliament and everything seems on track for a July 1 2017 implementation which will lead to significant improvement in efficiencies across India. Further, he says, the effects of demonetisation have been less than expected, and remonetisation is now the talk as cash limits are lifted at banks with liquidity continuing to flow back into the system.

This article explores how a retail investor could go about choosing an equity fund.

One surprise for South African investors researching Indian investment opportunities is that there are three stock exchanges in India. The Calcutta Stock Exchange, set up in the 1830s was initially the primary exchange. The Bombay Stock Exchange with about 5 000 listed companies has an estimated market cap of $1.482 billion, while the newest exchange, the National Stock Exchange is the owner of the “Nifty Fifty top 50” index. By way of contrast, the JSE has 328 listed companies.

In terms of sector weightings of listed companies, the biggest sector is the finance sector with over 20% of listed companies, followed by the information technology section with about 16% and the “Consumer Discretionary” sector with over 12%. A similar sector breakdown of the JSE shows that our biggest sector is Basic Resources, (18.5%) followed by finance (including banks, insurers and financial services) with 18.14% and Media (read Naspers) at 14%.

Listed Indian companies make up a smaller fraction of total national GDP relative to developed country counterparts. It is estimated that the companies trading on the BSE and the NSE make about 4% of the Indian economy. In the US the listed figure would be closer to 70% and in South Africa it was close to 190% in 2013.[i] In the case of South Africa, this figure is unusually large and is exceeded by few other exchanges, including Hong Kong and Singapore.

Investing in India comes with a health warning. Prerequisites for any investor in any country include a long time horizon and a healthy dose of scepticism. Based on the 2016 Corruption Perception Index (0 = clean, 100 = corrupt), India falls in the lower half of the spectrum with a rating of 79. On the same index, South Africa’s score is 64.

Like President Jacob Zuma, Prime Minister Modi has committed himself to anti-corruption measures. However, unlike Zuma, Modi has actually taken a number of important initiatives to ensure improved transparency and reduced opportunities for corruption. There are no “Nkandlas” in New Delhi.

Like South Africa, India has highly rated corporate governance standards. However, all the fund managers of Indian equity funds we spoke to underlined the importance of corporate governance as an important initial screening factor to decide whether or not to proceed with further research.

On March 24 2017 for example, as we were writing this article, it was reported that Reliance Industries, the second biggest listed company by market cap on the BSE and the NSE had been found guilty of having committed a “fraud” in taking a short trading position at the time of selling a stake in a subsidiary in 2007. It was ordered to surrender 4.5 billion rupees (about R900 million) plus interest in “unlawful gains”.

In terms of volatility, India is one of the least volatile of the emerging markets. Over the past five years, India’s annualised volatility levels have been slightly below China, hovering around 19%. In the same time the South Africa market has been higher than 26%, Brazil 30%, Russia 29% the US 13% and the MSCI World 11%.

We would suggest an actively managed fund for two reasons. First of all, companies selected for investment by active managers are screened to meet certain thresholds in terms of quality and sustainability, and corporate governance is a significant factor in this assessment. Index investing, by definition, includes listed entities based on market cap and is not able to discriminate against companies with poor governance.

Secondly, many retail investors elect to get exposure to Indian equities via ETFs which are quick to buy and sell. India, like many emerging countries, is vulnerable to geopolitical risk. This means that when tensions flare up capricious investors dump Indian ETFs and ask questions later. As of March 2017, foreigners account for about 20% of daily turnover, but historically this figure has been as high as 60%.

According to Simon Finch of Ashburton, while ETFs are perceived to have lower risk this is not actually represented in the numbers, and they actually carry higher risk levels (23%), for lower returns, clearly not something investors would be seeking. As a long term investor, the volatility of a range of carefully selected individual companies is likely to be less than the index.

Which funds are actively managed and invest in Indian equities?

Eyes and ears on the ground

A key factor for investors is to ascertain to what extent the asset manager of their fund has a local presence. All three funds have a “feet on the ground” presence. The fund manager of the SIIP fund, Deepak Ramaraju is based in India. Sukumar Rajah, managing director and chief investment officer of Asia Equities, Franklin Templeton Investments said that their whole research team is based in India.

“We have one of the largest equity buy-side teams on the ground. Our local presence allows our investment professionals to gain unique local market knowledge, insight and foster strong relationships with company management teams. This unique local expertise is one of the keys of our success in managing Indian equity strategies for over two decades,” he said.

“We believe that our knowledge of the culture and expertise on the Indian market, combined with our disciplined process and the global capabilities of Franklin Templeton means we have a very strong team dedicated to Indian equities and a very strong value proposition compared to our peers,” he said.

Ashburton have been investing in India for more than two decades, with the current team in place for the past ten years. Some might argue that being managed remotely is a disadvantage. However, looking at the performance it is reasonable to accept the managers’ argument that being away from the “excessive noise” allows them a clearer perspective when it comes to investing.

The team travel regularly to the country, in addition to their own “on the ground” presence through their partnership with Credit Capital Investments who run the Ashburton India Fixed Income Fund.

By law, funds are required to display their fund costs. Unfortunately, the three funds do not use similar fee calculation methods. However, for what it is worth, the “total investment charges” for the Ashburton India Equity Opportunity Fund is 2.15%, the “effective annual cost” of the Franklin India Fund is 2.01% and the “total investment charge” of the SIIP India Opportunities Fund is 2.39%.

Understanding and interpreting the dynamics of the Indian economy

Asked for reasons why India is considered a good investment destination, fund managers expressed confidence in the rise in consumption demand, led by the unstoppable wave of urbanisation, coupled with structural reforms boosting rural income stability, wage increases for government employees, lower interest rates and continued government spending with a focus on infrastructure. Commenting on these weightings fund manager Jonathan Schiessl said that Ashburton was overweight Consumer Discretionary stocks. He said that India was largely a domestic investment story, driven by the rise in disposable incomes, aided by this urbanisation transformation.

‘In addition to this we are confident India will stand to gain from the Trumpian world that we have to embrace.  The US’s protectionist views are harder hitting for the likes of China and other EMs, whilst India can prosper in a world where the Trans-Pacific Partnership has been scrapped.  Another overweight is Industrials, a sector closely aligned to the roadmap Modi is setting India on, with a current leaning towards logistics and road operators,’ he said.

Commenting on this position, Sukumar Rajah, chief investment officer of Asia Equities, Franklin Templeton Investments said that the Franklin India fund was positioned to benefit from a recovery in consumption demand and growth led by policy reforms (including a boost from public spending, in particular in infrastructure) and lower interest rates.

He said that that Franklin remained bottom-up investors and selected holdings based on fundamental research to identify quality names capable of achieving sustainable results over time. He said that the fund’s overweight position in the Consumer Discretionary sector was due to investments in consumer durables, including two-wheeler and commercial vehicles manufacturers (to capture rising demand in rural areas), autos, electrical appliances, fashion, luxury goods and online retail. 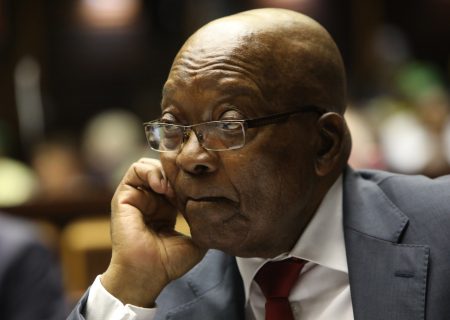