How new legislation affects your retirement

Although the default regulations placed extra obligations on trustees, they have also led to many innovative and low-cost products that trustees could make available to their members.
17 November 2021 06:39   /  By  Willem Basson - Efficient Wealth 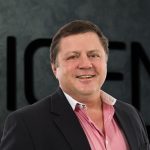 Changes to retirement fund legislation are placing more and more demands on the trustees of these funds but at the same time, creating benefits that members can use to their advantage. Willem Basson from Efficient Wealth speaks to Kobus Sadie regarding these changes and how it affects your retirement.

How have retirement legislation changes affected trustees of retirement funds?

Sections 7C and 7D of the Pension Funds Act (Act 24 of 1956) deal with the fiduciary duty of retirement fund trustees. In recent years, the emphasis has been increasingly on what exactly these duties are, and how they are performed. Not only is the Financial Sector Conduct Authority (FSCA) nowadays concentrating more on the duties and skills of trustees, but members’ knowledge and expectations of trustees have also increased significantly.

New legislation is being announced regularly, which is putting increasing pressure on trustees. One example of this is the default regulations that came into effect on 01 March 2019.

What are the possible options that members have when they retire?

Many retirement funds have decided to offer only one option to their members at retirement, namely a life annuity (lifelong pension), which is purchased from a registered insurer. In most cases, the cost of the pension is the only difference for the pensioner to consider: to buy the annuity themself or to use the trustee-approved option.

With a life annuity, you waive your capital in exchange for a lifelong income. The disadvantage of this is that you will not be able to bequeath anything to your heirs. In some cases, depending on a member’s personal circumstances, this may be the best option.

What about a living annuity within the retirement fund?

The advantage of a living annuity within the retirement fund is that trustees can monitor the investment costs and can provide retiring members with continuity, by allowing them to retire in the same fund options in which they were invested while in the employment of the employer.

This option also has its shortcomings. Firstly, the investment options are restricted by Regulation 28. Secondly, Section 37C of the Pension Funds Act applies, which means that the trustees of the retirement fund have the final say about how your death benefits will be distributed. Thirdly, your withdrawal rate in this living annuity is much more limited than with a living annuity outside of the fund. If you are currently withdrawing the maximum amount suggested by the FSCA, and you suddenly have a large, unexpected expense, there is no way to gain access to more money.

What other options do members have?

Fortunately, there is a solution that can avoid most of the shortcomings of the various in fund retirement options. A living annuity outside of the retirement fund has many advantages, including that Regulation 28 and Section 37C do not apply. As a member, you can withdraw 2.5% to 17.5% of your capital on the anniversary of a living annuity. With an unexpected expense, you can withdraw up to the maximum (17.5%) on the anniversary date for the year in advance. It is also possible to re-adjust the withdrawal percentage downwards in the following year.

That being said, it is important to seek financial advice first because, if your withdrawal rate is too high, your capital will not be able to finance your retirement in the long run. The establishment of a living annuity can be negotiated with an approved financial services provider (FSP), such as Efficient. The FSP will table proposals regarding the best administration platform and asset managers, and will also negotiate the rates on behalf of the trustees. A complete solution will then be submitted to the trustees for consideration and approval.

Although the default regulations placed extra obligations on trustees, they have also led to many innovative and low-cost products that trustees could make available to their members.

Mr Kobus Sadie is an executive in institutional marketing and wealth services at Efficient.

Was this article by Willem helpful?

Efficient Wealth
Mail
View Profile
Willem’s financial- and insurance career started in 1987 at Old Mutual. He has spent most of his career at one of the largest insurance companies in South Africa, where he fulfilled various roles and won several national and internat... more