How to reap the greatest benefit from compound growth

It is critical to increase the contributions that you make to your investments.
1 October 2021 06:48   /  By  Hennie Fourie - PSG Wealth Pretoria-East 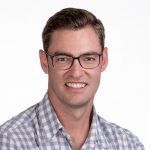 The words “compound growth” are perhaps the two most important words in the investment world. It’s a concept that is often underestimated and misunderstood because, at first sight, compound growth can appear as boring as watching paint dry.

Warren Buffet once said, “I always knew I was going to be rich, so I was never in a hurry to.” We often adopt the opposite mentality, though, wanting to create wealth quickly, in the shortest time possible. However, this strategy doesn’t work. Indeed, if it was as easy as that, then we would all have been rich. The sooner this reality, the better.

Warren Buffet has spent six decades preaching about the power of compound growth and it’s a practice that has turned him into one of the most successful investors ever. The good news is that anyone can adopt the same approach and become a successful investor, provided you take a patient and long-term approach.

According to Albert Einstein, compound growth is the “eighth wonder of the world”. In brief, what it means is that people can create growth, not only on their original amount invested but also – over time – on the growth of the investment itself. The growth, of course, can take many forms, for example, interest, dividends and capital growth. In other words, compound growth is nothing less than growth on growth.

The trick, though, is to make optimal use of this growth and thus extract the maximum advantage that is to be had from this eighth wonder! This is illustrated below using three examples.

Let’s assume a growth rate of inflation (6%) + 4% over the period. I will subtract 1% for advisor’s and platform fees, therefore assuming growth of 9%. Both local and offshore equities gave us around 13% per annum over the last 25 years, notwithstanding the volatility and periods of negative growth over the shorter term. Although no one can predict the future, growth of 9% per annum over the longer term has so far been an achievable and realistic assumption.

Compound growth plays a role in the returns realised in each case, but it is plain to see that the third example is materially ahead of the others, especially over longer periods. We can also see in examples two and three that, by far, the largest portion of the investment value arises from the monthly contributions, especially where these contributions are adjusted annually for inflation.

In all three cases we begin with a small quantity of ‘snow’ and, over time, turn that snow into a snowball (with the size of the snowball representing the investment value). The more time the snowball has to roll along, the bigger it ultimately grows. When we put the third example into action, making optimal use of compound growth, our snowball ends up as the biggest of the three. This shows the importance not only of packing extra snow (regular contributions) onto our snowball, but also of increasing the amount of extra snow (annual increases to contributions) that we add to the snowball to make sure that it ends up being as large as possible.

In the same way that your salary increases over time, considering the effects of inflation, it is critical to increase the contributions that you make to your investments. A monthly contribution of R2 000 in today’s terms will be equivalent to just R623 per month in 20 years, due simply to the effect of inflation.

Another advantage of making regular contributions is that it is immaterial if the markets rise or fall in the short term. For example, if you’re making a monthly contribution towards an investment and the markets rise, you’ll simply end up buying fewer units that month. When the markets fall again, you’ll once more be buying more units.

By making regular contributions you also remove emotion from the equation – something that’s vitally important when you’re creating wealth over the long term.

Our wealth is thus determined by the size of our ‘snowball’. This means that to achieve our goals, we need to make optimal use of compound growth. Doing so requires time, patience and discipline.

Suddenly, with the outcome in sight, the figures don’t look so boring after all!

Was this article by Hennie helpful?
1

The assumptions are always optimistic. Growth of inflation plus 4%? Really? Also, nobody mentions the Kieswetter influence, also known as taxation. Any returns will (depending on your bracket, of course) attract marginal rate taxation which means, right now, almost 50% of your growth is gone, vanished. Finally, whilst it is true that your fixed contribution may decline in real terms due to inflation, so too will your final amount. I would like to see a tabular presentation of compound growth taking into account taxation and inflation and thus the real return on investment. This does not mean I am opposed to saving and investing but I do take a much more nuanced view of the optimistic returns.

Going according to this growth forecast ……. 40 years ago a house cost 20k…… Today that, house is in the 3.5 bar range……… Have u really made value or have u just moved along.

Hennie. You say that the last 25 years gave us average 13%. Please express that also as average inflation for the 25 years plus x?

Then see if that is also a 66.66% excess over inflation as your 6 + 4 assumption for the future period.

I will be suprised if your 13% historic return really beat inflation by the same margin as what you are assuming for the future.