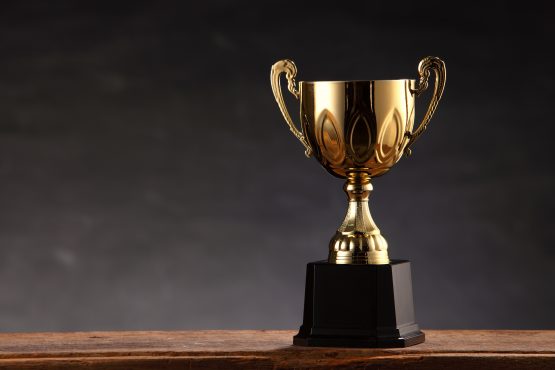 I once heard a sports coach tell an athlete that winning is a habit, you win every day you put in the work every day, every day you prepare your body, your mind your spirit to win.

Unfortunately losing is also a habit, if the athlete shirks off a training session, does not eat right, does not prepare, they lose. Simple right?

This is why in sports we can see those sportsmen and teams that have a winning habit, they simply have formed the habit of winning. We can probably all name them, Tiger Woods (pre his divorce) is a good example. Liverpool Football Club recently, Mercedes Formula 1 team and even Chris Froome at the Tour de France and his Team Sky. They all win again and again. This may be boring to us as spectators but to them and their team, this is why they are there.

Is there a way that this mindset can be transferred to managing assets for investors in a collective investment scheme?

I believe there is, although the theory may need to be turned on its head a little. Let me explain:

Typically in active asset management, the fund managers employ stock analysts who are the bright guys, whose job it is to find a share that is currently undervalued in some way and for some reason is going to benefit from some news about the company which will then see the share price increase over time. This is typically referred to as a “value” style of portfolio management.

Analysts spend a vast amount of time searching for these special shares, and when they think they have found one, they then spend sometimes over a year studying the company’s financial reports, interviewing the management, understanding the company, the industry it operates it and even having discussions with the clients, suppliers and competition of the company.

Finally, when the analyst is ready, they present the company to the portfolio manager who then either includes it in the portfolio they manage for a unit trust or not.

Yes, it’s a sound philosophy, but let’s look at this carefully as to what the analyst is really trying to identify.

This is similar to predicting that Lewis Hamilton will win the next Grand Prix. Will he really? He probably will, but are you 100% sure? No, no one can predict what will happen. Hamilton might suffer a puncture on the first lap and damage his car and be forced to not finish the race. Similarly, Liverpool might be beaten in the next game by a lucky goal, from which they do not recover. This happens in football even when great teams play minnows.

So, how do you use the winning habit in asset management? Like I said earlier you need to turn the theory on its head a little.

We have been doing a lot of work with New Age Alpha of New York (www.newagealpha.com) which uses a version of the “winning habit” idea. The idea is that you do not try and predict the win, you avoid the loss.

Let me illustrate this a little…

Economic forecasts, share performance forecasts even weather forecasts are just that…. what we think will happen based on a balance of probability. As we humans know, the future hardly ever pans out exactly as we thought.

So, avoid forecasting altogether and pick those shares whose companies continuously justify the share price through their business performance.

The “avoid the human factor” strategy that New Age Alpha has developed and used since 2003 uses a mathematical approach where it uses the two known factors that are available on a listed company share, namely:

So, back to the “avoid the human factor” investment strategy: it’s not about picking the share that will perform due to an unproven future scenario but rather the share whose management has developed a habit of performing, day after day, month after month, year after year. A habit of good leadership and good business decisions.

The people at New Age Alpha tell me that their strategy is not always right and out of a portfolio of 100 global shares, they are happy when they are right 65% of the time.

Remember even Lewis Hamilton lost the F1 championship to his teammate Nic Rosberg in 2016.

There is much more to this strategy that can be shared here but let us know if you would like to know more.

Very interesting approach.If you use that approach basically you are just going for the top companies that have performed over a long period,thereby ignoring the upcoming companies.Will work but a bit boring.

Brilliant article. Yes we would love to know more!