US stocks were the global outperformers in 2021 as huge amounts of stimulus pushed the major indexes to all-time highs.
17 January 2022 06:50   /  By  Mauro Forlin - Global & Local Asset Management 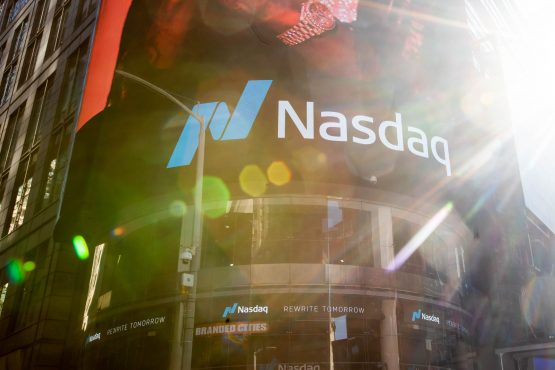 Stock markets ended off 2021 near record highs as investors shrugged off concerns over the omicron variant and inflation.

The renewed optimism came amid reports that scientists at Pfizer and Moderna have taken steps towards developing a universal flu jab which could be more powerful and longer lasting than the current vaccines available. This sparked renewed interest in risky assets and pushed the MSCI All Country World Index up 3.9% in December. Developed markets outperformed their emerging counterparts as the MSCI World Index printed 4.2% compared with 1.6% from the MSCI Emerging Markets Index.

Markets have since erased some of these gains when minutes from the Federal Reserve’s meeting released early in January pointed to a more hawkish tone than expected. As such, the MSCI All Country World Index has lost 1.8% YTD.

The increased speed of bond tapering and the hawkish tone from the Fed has caused bond yields to rise as investors brace for interest rate hikes amid persistently high inflation. As such, the US 10-year and 2-year bond yields have both hit 52-week highs of 1.808% and 0.915% respectively. With Wednesday’s inflation reading coming in at 7.0%  – the highest figure in nearly 40 years – the question is no longer will the Fed hike but rather how many times?

The Fed has always maintained that the labour market would need to be at full employment for them to raise rates and with recent data indicating that this condition is nearly met, the market is pricing in at least three hikes by the end of 2022.

US stocks were the global outperformers in 2021 as huge amounts of stimulus pushed the major indexes to all-time highs. The S&P 500 gained a staggering 26.89%, followed by the Nasdaq with 21.40% and the Dow Jones Industrial Average with 18.73%. The interesting take away is that the advance in the S&P and Nasdaq was driven by a handful of stocks – namely the FAANGs.

Moving into 2022, the rise in government bond yields has hurt US stocks as investors started repositioning their portfolios in anticipation of higher borrowing costs. As such, the S&P 500 and Dow Jones Industrial Average have both lost 2.0% and 0.74% (YTD) respectively. The tech heavy Nasdaq has taken the biggest hit, losing 4.50% as rising yields hurt the lofty valuations of technology stocks the most.

Chinese equities experienced a sharp selloff in 2021 amid regulatory crackdowns and an overindebted property sector on the verge of collapse. This caused the MSCI China Index to lose a whopping 22.37%. This selloff has continued into 2022 as investors realise that the property sector is not going to be a quick fix and that regulatory crackdowns – which although most likely will not be as severe as 2021 – are still likely to continue. This coupled with China’s strict approach to Covid-19 restrictions has been weighing on stocks, causing the MSCI China Index to lose 1.68% YTD.

Meanwhile, in the United Kingdom equities posted their strongest year since 2016 on the back of important sectors reopening following the vaccination drive as well as supportive government stimulus. As such, the FTSE 100 advanced 14.3% in 2021. UK shares have continued this advance into 2022 on the back of robust economic data showing that they are growing at a rate close to their pre-pandemic levels. This has led the FTSE 100 up 1.48% YTD.

Commodities, as measured by the Bloomberg Commodity Index, ended 2021 up a staggering 27.05%. They have continued their run into 2022 with the index returning 3.52% YTD. The big driver of the advance is oil and natural gas, with Brent Crude advancing 7.43% and natural gas 12.73%, as a tightening market continues to support prices. Metals, on the other hand, have had a subdued start to the year with gold returning -0.73%, followed by platinum and copper with 0.61% and 0.93% respectively.  The Uranium price is up 6.53% YTD, as nuclear demand begins to catch traction globally.

The rand ended 2021 down against all the majors as fears surrounding the new omicron variant and a hawkish shift by the Federal Reserve sparked a flee to safer assets. Some of these losses have since been clawed back as markets begin to fully digest the Fed’s stance and expectations that the South African Reserve Bank is likely to go on a rate hiking cycle of its own. Consequently, the rand has gained 2.75% against the greenback, 2.03% against the pound, and 2.82% against the euro (YTD).

Locally, equities tracked their developed peers higher in 2021 with the FTSE/JSE Alsi posting its highest return in 10 years of 29.20%. This was on the back of stimulus pushing liquidity into the market, the gradual reopening of the economy following vaccinations and the rally in commodity prices. SA equities have, however, been rather muted thus far in 2022 with the Alsi returning a mere 0.44%.  The big winner has been the financial sector with 4.07%, which stands to benefit from rising interest rates. Resources also continue to perform coming in at 2.36%, whilst industrials and listed property have dragged down the index with -2.39% and -0.63% respectively. Disclaimer: All returns data are in the respective currency of the region mentioned. All YTD returns are as at time of writing.