It is never too late to adjust your financial plan to protect your investments against the relentless waves of economic challenges.
21 November 2019 13:15   /  By  Magnus Heystek - Brenthurst Wealth 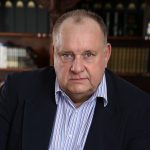 As the strike at state-owned SAA continues, the troubles of the SA economy came into sharp focus again, as the nation’s euphoria about the Springboks 3rd Rugby World Cup victory begins to fade.

The strike at SAA is bringing several critical issues to the fore once more and is a further wave of an economic tsunami that has rolled in for years now, with serious negative impacts on the investment outlook and decision-making around financial planning.

I have warned about the “financial tsunami” heading our way for years. I thought, naively, that by warning about this financial firestorm investors will respond positively and review the facts. Instead, apart from a number of “thank yous” I seemed to have earned the moniker of being negative, unpatriotic and ill-informed.

As far back as 2012 I started sensing a slight shift, almost imperceptible, in the underlying economic mood which did not bode well. To me the first signs of this tsunami were faintly visible far out at sea, but it seemed to be mostly ignored by several leading commentators.

My “tsunami alerts” had the following sequence: The first one was the collapse in the global commodity cycle in 2012/13 which saw prices for the stuff we dig out of the ground and sell overseas tumble quite significantly. It’s the one thing I learnt from my economic studies many decades ago. South Africa is a commodity-producing country, and if this cycle turns negative, as it did, get out of the way.

SA’s global ratings were already under downward pressure from all the major credit rating agencies from 2012 onwards. However, when Jacob Zuma fired finance minister Pravin Gordhan in December 2017 – ironically on his way to London to drum up support for foreign investments – S&P Global ratings immediately cut SA’s rating to junk status. Fitch followed soon thereafter and since then Moody’s has been the only major ratings agency not to downgrade this country to junk totally.

The global investment community did not take kindly to this cynical turn of events and started withdrawing capital from the SA equity and bond market. So far, the selling-down of SA assets since the beginning of 2015 is close to R500 billion, more than the massive sell-off during the Great Financial Crisis of 2008. This selling down rarely attracts front-page coverage, as it should, as it has been staggered over several months and years.

The selling continues unabated and the latest numbers of August 2019 suggest further disinvestment of R68 billion from the SA bond and equity markets.

Other tsunami alerts were the financial damage wreaked by Zuma and his programme of state capture, a collapse of law and order and a general rise of civil disobedience and lawlessness.

At first these incidences were localised, but it has now spread like a massive veld-fire and is almost everywhere. South Africa today is very close to a state of widespread anarchy and a general breakdown of law and order.

There were several early-warning signals which alarmed me, and I acted on them in my own personal capacity and I have advised as many as I could in a professional one as well. I sold out my share portfolio on the JSE, withdraw money from my pension fund and sold some residential properties in order to build up cash and create an offshore portfolio.

At the beginning of every new year, the consensus forecasts made in the Economist of the Year-competition was generally upbeat and positive about the year ahead. But then, as the year progressed, the forecasts were adjusted downwards in terms of growth rates, unemployment rates, ZAR/USD exchange rates and a host of other economic variables.

If you had used these forecasts made by several leading economists you probably would have (a) bought more residential property, (b) bought more shares on the JSE and (c) perhaps even taken on more debt to fund an expansion of your business.

The forecasts made annually by Treasury over this period were equally optimistic, to such an extent that each of the past five annual budgets has gotten the forecast for revenue for the year ahead wrong and each forecast had to be very rapidly adjusted downward. I expect the under-recovery is going to be particularly bad as a slowdown in retail sales, property transfers and an overall weak economy, much worse than expected, take their toll of government revenue.

The full-blown impact of this financial catastrophe is to be seen everywhere.

Record unemployment, stagnant economic growth, government debt levels rocketing from 25% of GDP in 2009 to an expected 60% by the end of this year. There are today more people on social grants (17,3m) than those who earn a living. The residential property market has now moved sideways for 11 years and in real terms is down 23% when inflation is factored in. The JSE has just had its worst 5-year-period on record and the rand has collapsed from R6,80 in 2012 to around R15 today. South Africans are infinitely worse off today than five and ten years ago and the number of so-called high net worth individuals (people with more than $1m in liquid assets) have sharply reduced from 48 000 to around 43 000 today, according to New World Wealth.

Earnings of JSE-listed companies have tumbled from around 11% of GDP in 2017 to about 5% end of 2018. If all companies in SA – listed and unlisted – were treated as one company, then this company did not make a profit last year.

Golf courses are empty on Saturday mornings as are bowling clubs and many suburban malls. Many of SA’s small to medium-sized towns are wastelands today with no or very little money spent on infrastructure and/or maintenance.

Confidence among consumers and businesses is at an all-time low. The ANC’s policies of Expropriation Without Compensation (EWC) and now also the suggestion of prescribed assets on pension funds and other financial assets has shattered whatever confidence was left.

Further downgrades would trigger mass portfolio investment outflows as investors not mandated to hold sub-investment-grade bonds will have to dump them.

SA’s retirement industry is controlled by Regulation 28 of the Pensions Act which limits the percentage exposure funds may have to various asset classes, including a restriction of only 30% to offshore funds. As a consequence two things have happened (which partially explains why most people will have a dreary retirement)” local investors have missed out on one of the most explosive booms on the US markets in history, and (b) they have been forced to invest the bulk of their assets in a severely lagging market. The end result: a dismal retirement.

The government now has its eyes on the R4 trillion pension pot and is considering introducing prescribed assets, which will decimate growth even more. Especially as different commentators have mentioned different ideas around this issue.

Local investment companies are not fighting each other for market share as much as they are fighting against the giant offshore investment companies for the share in the global investment arena. There is very little local appetite for direct investing on the JSE at the moment. Most of the flows of new money has been into high-income funds, fixed deposits with banks and offshore funds.

I predict that unless there is a profound and fundamental change of the economic policies of the ruling ANC, the outward flow of money will continue with most high net worth investors eventually ending with a great deal of their wealth offshore. As it is, there is currently a veritable flood of money flowing out of the country in order to diversify and to even circumvent the potential re-introduction of exchange controls.

For many the tsunami has already hit and has left in its wake financial destruction, plunging net asset values – particularly in dollar terms – and a desperate search for inflation-beating investments.

A whole generation of South African baby boomers is bearing down on retirement with (a) residential property in a funk and (b) retirement pots severally damaged by Regulation 28 and exchange controls. Most retirement projections, I would suggest, are out by 20-30% leaving already-underfunded retirements even more underfunded. in short: a dreary retirement awaits all but the very rich and the very smart who externalised many their assets timeously.

It is never too late to adjust your financial plan to protect your investments against the relentless waves of economic challenges. Diversify away from these risks with the guidance of a professional, qualified, accredited advisor. Details of our offering and our team here: Brenthurst Wealth