What you need to know about investing internationally.
6 March 2020 17:52   /  By  Michael Haldane - Global & Local The Investment Experts 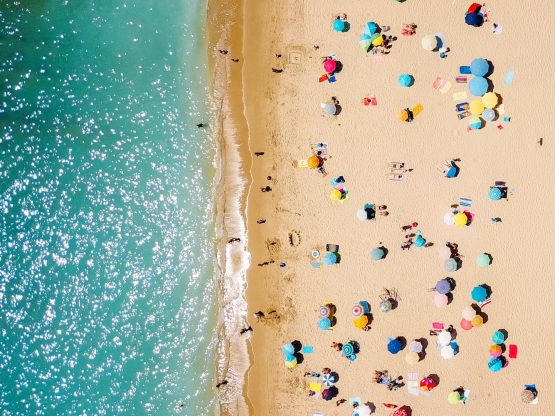 Is it risky to invest offshore?

We tend to believe, that the currency will depreciate and the assets that you’re invested in offshore will appreciate. Therefore, especially in the long run, you will have both those opportunities coming in, but in the short run, that’s where volatility comes in and that where the risk is greater.

There are many options, such as income funds, index funds, equity funds, property funds, European funds, there are thousands of options. The essence of it is to take a mix of options, some no risk, some moderate and some high and to have a total overall blend where your capital isn’t at risk and you have access to it.

Are you able to invest in multiple currencies in one investment portfolio?

Yes, you are. You can have multiple investments in different currencies, you can have one investment in multiple currencies, it all depends on the individual. If you had to ask us “which offshore currency should I go into?”, we would typically say go to the US dollar, but that might not be a currency that you “think in”, you might prefer pounds or euros. Typically, we like to focus on the bigger hard currencies, dollars, pounds, euros, sometimes Australian dollars.

Why would we prefer to US dollar?

Well very simply, it is the de facto world currency. If you look at the number of offshore investment funds available around the world, there are a great number of US Dollar based funds and that “universe” is greater for us to source funds from. If you’re looking for funds in pounds or euros, that “universe” is smaller. The US dollar is also the most traded currency in the world, you’ll never be in a position where you’re not going to be able to find a market for your US dollars when you want to convert them back to rands. You probably won’t find that with euros or pounds either, but the de facto world currency is dollars, a lot of international trades are priced in dollars.

Also, under a currency, the US dollar currency might enter into multiple other currencies, therefore any adjustments in those, come through in the US dollar. There are over 600 000-unit trusts in the world, over 90% are in dollars.

When I disinvest from an offshore unit trust must the funds get paid into a local South African bank account or can it be paid offshore?

When you disinvest from an offshore investment, you can either enter it into an offshore bank account in your name in any country in the world, or you can enter it back into SA into your bank account. According to regulations, you have a month to change the currency back to rands, which allows you a chance to watch the rate.

What happens when hyperinflation hits any currency? This can happen overnight like in Zimbabwe.

It depends on what currency you’re invested in. Right now, all the world’s advanced countries like America, England, France, etc, their inflation rates are really low, and the odds are that they aren’t going up for a while. But if we speak about emerging market countries like Venezuela, I think last year their inflation was over a million percent, so if you earned R1 million it’s now worth R1. So it’s all about spreading your risk and having currencies which, if the world has drama, the odds are that currency will survive.

How are offshore investments taxed?

At disinvestment, Capital Gains Tax may be triggered. You don’t pay tax on currency movement while you are invested only when you sell assets bought in a foreign currency. The foreign capital gain or loss is first calculated and then translated into rands using either the average exchange rate or the exchange rate on the date of sale, the annual exclusion of R40 000 applies. The tax rate on foreign dividends is 20% and interest on foreign investments is fully taxable.

What happens to my offshore investment when I pass on?

Foreign investments are included as property in your estate and are therefore subject to estate duty.

Should I have a foreign will and appoint a foreign executor?

Not necessarily. In most instances, a foreign will would not be required, and a resident’s South African will would apply to his/her worldwide assets. However, should you own significant and complex foreign assets it is recommended that you consult an attorney in the relevant foreign jurisdiction for legal advice and assistance.

Are offshore investments as flexible as onshore?

This depends on what offshore investment product you invest in. If you invest in an offshore unit trust this is a flexible option, but an endowment and an offshore living annuity have less flexibility and term restrictions. With a unit trust, you do have the option to withdraw at any stage, it might just take a bit longer to reflect in your account if the foreign currency is being brought back into rands and being paid into a SA bank account.

Was this article by Michael helpful?
1