The strategy by online traders is not underpinned by any form of fundamental analysis to determine the value of the company that underlies the listed share.
5 July 2020 13:00   /  By  Mauro Forlin - Global & Local Asset Management 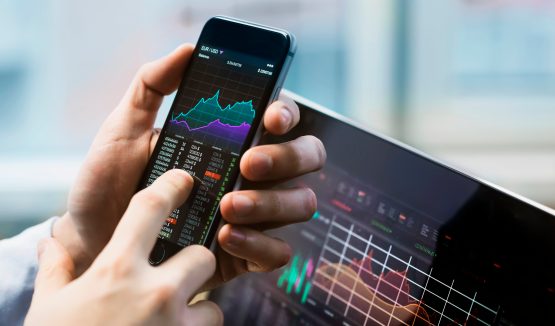 The market has run up to extreme valuations on the confidence of online day traders. Image: Shutterstock

The Global & Local Asset Management Team have been completely fascinated with the events occurring throughout this Covid-19 pandemic.

Yes, we are all nerds with a keen interest in statistics!

Occasionally we come across something topics that grab our attention which sends the team into an analytical mode to investigate and research more.

A few weeks ago, our chief investment officer, Carl Isernhinke approached me about an article he read about online traders vs professional investors and decided this was a topic he wanted to learn more about.

I left Carl alone on this, knowing that he would bring this to my attention once he was ready.

An e-mail arrived on my desk, from Carl and attached was a 15-page research piece entitled “Robinhood vs. The Sherriff (Sage) of Omaha!”.

I began reading and things started to make sense!

So, let me start at the beginning…

Covid-19 happens and much of the world goes into lockdown. What happens? Live entertainment disappears, events end, online sports gambling stops, all of this gone overnight

Now a portion of the population is stuck at home with nothing to do, bored! Missing the excitement that their sports betting provides them. What do they do now that they cannot bet on the Dallas Cowboys vs the San Francisco 49ers? (American football teams for those who don’t know.)

They takeout their laptop and they find online share trading platforms.

Carl writes in his research paper: “With the major online brokerages cutting their commissions to zero at the end of last year, there has been a tidal wave of new online stock traders entering the market.”

Carl goes on to say that online day trading is the new entertainment!

In his 15-page research paper, Carl goes on to explain that:

“The stock trading app Robinhood largely aimed at millennials gained 3 million new accounts in the first quarter. Moreover, their customers added 17 times more cash into their accounts than in the last quarter of 2019. Robinhood co-CEO Vlad Tenev noted that over half their customers are first-time investors.

This incredible growth in retail interest is not limited to Robinhood. The established online brokerages, E-Trade, TD Ameritrade and Charles Schwab, also saw a record 1.6 million new accounts in the first quarter, growing as much as 170%. Naturally, as a result, the number of daily trades from online brokerages has multiplied exponentially. Dave “Davey Day Trader” Portnoy is the president of Barstool Sports, an online sports website, and an avid sports gambler. In March, he transitioned from sports to the stock market and he now streams his trading live. In the process, he has become the celebrity face of the day trading and a cheerleader to the millions of new online traders. His rules are:

Since he started day trading, stocks have rallied strongly from their lows, recovering most of their losses. For Portnoy, this has been, “Literally the easiest game I’ve ever played. All I do is print money.”

The speculative fervour has gone viral. With the mantras of, “Don’t fight the Fed” and, “Buy the Dip”, these new online traders are rushing in to buy stocks.

Most of the new online investors have, at most, only experienced the bear market of 2008 -2009. Since then, the main overarching mantra has been, “Buy the dip.”

But now the global reserve banks add fuel to this fire!

Carl continues in his paper to say:

“The US Federal Reserve, together with other major central banks such as the European Central Bank, the Bank of England, the Bank of Japan, the Swiss National Bank and more, have lowered rates and massively expanded their balance sheets.”

Combined with the additional fiscal spending from their governments, the total stimulus in developed markets over the last couple of months has amounted to a staggering $22 trillion, larger than the GDP of the US economy.

According to Bloomberg, this, “enormous gush of liquidity” created, “immense pressure on share prices to rise.” The result means, “the fastest stock market collapse on record has been followed by the fastest recovery” Many global institutional investors and prominent hedge fund managers did not share the euphoria of online traders. They remained cautious, concerned over the economic damage from the coronavirus and lockdowns and worried that the stock market may have run far ahead of fundamentals.

The April and May Bank of America Merrill Lynch’s monthly fund manager surveys showed institutional investors were extremely cautious with cash levels well above their 10-year average. They had the highest allocations to fixed income since July 2009.

At the beginning of May, Stanley Druckenmiller, the billionaire investor and hedge fund manager famously called the risk-reward calculation for equities the worst he has ever seen in his career and described the V-shaped recovery as “a fantasy.”

The problem with these scenarios is that markets are currently seemingly being driven by online traders who have just entered the market who have never had to trade through a market crash, they have only seen the market move upwards from March 28 2020, driven largely through their own intervention that is not in any way underpinned any form of fundamental analysis to determine the value of the company that underlies the stock market listed share.

Recently Warren Buffet sold all his airline shares at a loss, Carl reported in his paper that Portnoy tweeted “Buffett is an idiot,” for selling airline stocks. Portnoy tweeted, “He’s old and he’s washed up. I’m the new breed. I’m the new generation. There’s nobody who can argue that Warren Buffett is better at the stock market than I am right now. I’m better than he is. That’s a fact.”

Carl states that in accordance with Robintrack, the number of users on Robinhood betting on American airlines has increased over 50 times in the last three months to over 650,000 users.

What Portnoy does not realise is that the airline industry is capital intensive, with very thin margins and we are entering into an age where air travel is going to (a) be severely affected in the short term (b) maybe change in the way we travel on airplanes in the medium term, (c) with the advent on new online technologies where we can meet with people far away online and attend conferences etc, we might see a much-reduced level of air traffic and (d) many travellers might have developed a fear of flying when they are faced with the idea of sharing a plane with passengers who may be carrying the virus.

Carl in his report further states that “The online day traders on the commission-free platforms have a far greater effect on the market than simply their own trades. Zerohedge points out that online brokerages such as Robinhood generate their income by selling their order flow to high-frequency trading (HFT) firm rather than placing them directly on the stock exchange. This allows the HFT firm’s algorithms to front-run the trades and create a massive multiplier to momentum.”

Hold on to your hats there is a twist to this tail!

Dear readers, we need to always remember that the markets are a funny place. It seems that professional investors are now ignoring valuations, their own experience, education and economic fundamentals and following the online traders!

Carl continues in his paper: “Druckenmiller has reversed his position, admitting to CNBC that the rally over the last three weeks has ‘humbled’ him. His fund returned just 3% of the market’s 40% rally off the lows. He said he ‘underestimated how many red lines, and how far, the Fed would go.” He further added that with the broad momentum the market is showing, equities could be carried even higher.

The Bank of America June survey showed institutional fund managers have reduced their cash holdings from their April and May highs by the most since August 2009. They have been sitting on the sidelines holding large cash positions and missed much of the rally from the March lows. They are now entering the market, despite 78% of the fund managers believing the stock market is overvalued, and 82% of them not expecting a “V” shaped economic recovery.

Hedge funds, too, have been reversing their bets, aggressively covering short positions while their net equity exposure has surged to 52% from 34% according to the survey.

The stock market may be showing signs of a bubble and could go much higher. For professional investors, investing into a bubble, according to the famous hedge fund investor George Soros, “is not irrational.” He claimed, “When I see a bubble forming I rush in to buy, adding fuel to the fire.”

The market is very vulnerable and might suffer greatly should the confidence of the online traders get shaken for any reason. The catalyst could be anything. Perhaps…a second wave of the virus…unexpected geopolitical shocks…more lockdowns? The reaction of inexperienced day traders, enhanced by the multiplier from high-frequency traders front-running their trades, can result in a market correction of truly epic speed and size.” (from Carl’s research paper).

In times like these, I tend to view the markets with a raised eyebrow. I am grateful that we at Global & Local use the “Avoid the human factor” strategy where we look to reduce the human bias risk present in the market because at the moment based on Carl’s research the global markets are full of human biases. As we all know humans are fallible and we make decisions based on emotion and not on fact. Long-term it is better to invest on fundamentals and not sentiment.

If you would like to read Carl Isernhinke’s research paper you are welcome to contact our offices at info@glamasset.co.za.

Good luck out there everybody.