Having exposure to offshore instruments in your portfolio is beneficial in many ways.
23 September 2020 12:45   /  By  Mauro Forlin - Global & Local Asset Management 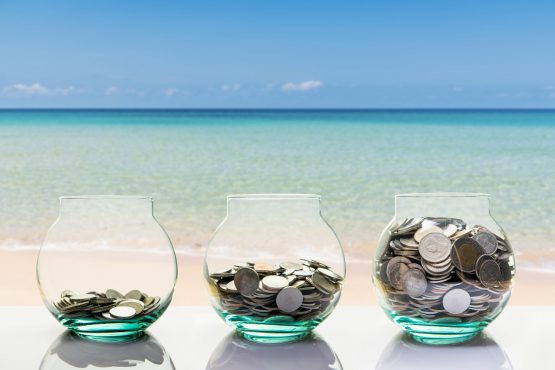 There are an increasing number of individuals looking to expatriate their local funds (in rands) to foreign currency (US dollars, UK pounds, euros etc). This is for a host of reasons such as:

The South African Reserve Bank (Sarb) and South African Revenue Services (Sars) have also imposed rules on the amount that an individual can convert to foreign currency in a given calendar year: you have a single discretionary allowance of R1 million. This could be used for investment purposes but one should bear in mind that this amount could be reduced if you are purchasing from an international store or even travelling abroad. One is also allowed to convert a further R10 million per year into foreign currency; however, this will require you to get a tax clearance certificate from Sars. Therefore, you need to ensure that all your tax affairs are in order or you might end up with a nasty surprise.

The above is in relation to converting your rands to a hard-foreign currency, but there are other alternatives available to have offshore exposure, such as feeder funds. Feeder funds invest the majority of their funds in foreign currency, utilising the management companies’ offshore allowance. Nevertheless, feeder funds maintain a small portion in rands for liquidity requirements.

There are various other factors which one should consider when deciding between the direct offshore route or the feeder fund route. The purpose of this article is to highlight the options available through the different products and to give an indication of the return outcome of both options.

Let us start by looking at the different products.

Investment management companies usually offer a wide range of unit trusts including feeder funds. Most of these flexible investments often have an international/offshore option. The latter option would mean converting your local rands to a foreign currency and then investing the proceeds in a foreign collective investment scheme or exchange-traded fund. If you opt to go for the local option you would only be allowed to invest in the feeder fund options. This is not restricted to the management company as the majority of the time they do offer funds from alternative fund managers.

These investments are governed by the Pension Funds Act and therefore need to comply with Regulation 28. According to Regulation 28, the current maximum allowable offshore exposure is 30%, with an additional 10% exposure to the African region. There is the possibility of investing in hard foreign currency or through feeder funds. This will have an impact on your Regulation 28 compliance. One should also bear in mind that, most local collective investment schemes also have a portion of their underlying funds in foreign instruments. This could be a challenging balancing act to ensure that your investment is always compliant with Regulation 28. Having said this you are allowed to exceed the limit of 30% but this will need to be corrected within a 12-month period.

Living annuities are a long-term insurance contract underwritten by an insurer and governed and regulated by the Long-Term Insurance Act. There are no restrictions such as Regulation 28 and you can invest the majority of your investment in hard foreign currency or feeder funds. Converting to foreign currency will not necessarily affect your offshore allowance as you would be utilising the investment management company’s or insurer’s offshore allowance. The main restriction with the living annuity is that the income needs to be paid into a South African bank account. Even if you formally emigrate, the funds will still need to be paid locally. If your living annuity is below the threshold of R125 000, you can cash in the investment and expatriate the funds to foreign currency.

The above does not cover the full exhaustive list of products available in the market. I have just outlined a few of the most common investment types. Each product type will have its own terms and conditions.

So which option would have the better return outcome direct offshore funds or feeder funds?

To answer this question, I applied the following:

The table below summarises the outcomes of which would be the better option over the relevant periods. Kindly note that for the offshore option the funds were converted back to rands using the exchange rate at the end of the period:

The graph below shows the offshore fund converted back to rands at the end of each month compared with the corresponding feeder fund: From the above table and graph the following can be deduced:

Let us compare this with the local JSE All Share Index, which makes up approximately 2% of the world economy. This tells us, that having exposure to offshore instruments in your portfolio is beneficial in many ways. Not only do you get the benefit of having exposure to the biggest stocks exchanges in the world, but you can also benefit from the depreciation of the rand against other major currencies. As an example, at the end of August the rand depreciated against the US dollar by approximately 9% per annum over the last 10 years.

In conclusion, there are numerous ways that an individual can get exposure to foreign markets. While there might not be much difference between feeder funds and direct offshore funds, as mentioned above there are benefits and options which should be considered in your financial planning.