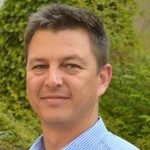 At Rosebank Wealth Group we have had to consider this question posed by some of our clients. Is cryptocurrency a beguiling pyramid scheme primarily used by money launderers or is it a possible vehicle for business transactions in the future? Not wanting to be the proverbial dinosaurs, we took a closer look.

For many, cryptocurrencies switched from being an obsession of anarchists and tax evaders to a mainstream consideration when the British National Treasury announced that it was weighing up whether the Bank of England should introduce digital currency backed by the government in April this year.

The first of this two-part series looks at the concepts and vocabulary of cryptocurrencies and the second will look at different ways investors can get exposure to cryptocurrency, should they wish to.

According to Investopedia and Vast Bank, blockchain is a type of database, a timestamped list of records of transactions or ledger accounts that store information by ‘chaining’ data in blocks. As new data comes in it is entered into a fresh block. Once a block is filled with data it is chained onto the previous block, which puts the data chained together in chronological order. Blockchain transactions are usually decentralised, meaning that there is no single ‘controller’ as are traditional ledgers, used by banks and insurance companies.

Decentralised networks (which were first introduced in the late 1990s with content sharing sites such as Napster and Torrents) use a system of multiple computer nodes or a peer control mechanism that ensure multiple points of control and administration, using universal validity checking systems that use Proof of Work (PoW) and Proof of Stake (PoS) methods (amongst others) for verification and validation.

According to Wikipedia, a cryptocurrency or crypto is a collection of binary data which is designed to work as a medium of exchange whereby individual coin ownership records are stored in a ledger (a computerised database using strong cryptography to secure transaction records, to control the creation of additional coins, and to verify the transfer of coin ownership). When a cryptocurrency is created prior to issuance or issued by a single issuer, it is generally considered centralised. When implemented with decentralised control, each cryptocurrency works through distributed ledger technology, typically a blockchain, that serves as a public financial transaction database.

What do you do with cryptocurrency?

Why were cryptocurrencies invented and who invented them?

Crypto was specifically designed to enable participants to engage in financial transactions without exclusively relying on banks, governments or third parties. Instead, cryptocurrency facilitates peer-to-peer transactions. Proponents of crypto describe it as a ‘decentralised, politically neutral, free-market alternative to national central banks, with potentially enormous implications for individual freedom and prosperity.’ Source: The Bitcoin Standard

According to Wikipedia, some of the earliest pioneers of cryptography include Americans David Chaum, Wei Dai and Nicholas Szabo. Chaum, with interests in cryptography and privacy-preserving technologies, is widely recognised as the inventor of digital cash and his 1982 dissertation was the first known proposal for a blockchain protocol. In 1995 he designed an early form of cryptographic electronic payments which required user software in order to withdraw notes from a bank and designate specific encrypted keys before they could be sent to a recipient.

Bitcoin, the first popular type of cryptocurrency, was invented by a person, or group of people who took the name ‘Satoshi Nakamoto’ in 2008. Bitcoin integrated many existing ideas from the cyber community. Satoshi Nakamoto released open-sourced software code (meaning software that could be used by anyone and designed to work without a centralised authority) in early January 2009, creating the potential for Bitcoin to be ‘mined’. Source

What are the advantages of crypto?

Commonly claimed advantages of cryptocurrencies are that they facilitate borderless transactions, they are permissionless, durable, do not require third parties and enable a cheaper form of finance, opening up new options to the previously unbanked. It is also claimed that fraud and theft are extremely difficult as cryptocurrencies use blockchain which is validated on a public ledger that can’t be faked, eliminating the problem of fraudulent purchases. It is claimed that cryptocurrencies cannot be counterfeited or reversed arbitrarily by the sender, as with credit cards. Many crypto supporters point to the advantages of crypto as a store of wealth against a backdrop of quantitative easing.

What are the disadvantages or risks?

Regulation: Globally crypto assets operate within a regulatory void; there has been no worldwide consensus on their regulation. Cryptocurrencies are legal tender in a few countries (notably El Salvador) but the status of the coin varies with differing regulatory implications. However, in many countries, cryptocurrency exchanges fall under the regulatory scope of financial service provides, and therefore require the necessary licences. In most countries, if exchanges are hacked and cryptocurrency was stolen, there is no redress.

In South Africa, regulators have been relatively quick off the mark. The Intergovernmental Fintech Working Group (IFWG), established in 2016 recognised crypto assets as a new financial innovation and recommended accommodating it within the regulatory framework, where appropriate and sufficient regulatory safeguards could be implemented.

In November 2020, the Financial Sector Conduct Authority (FSCA) published a draft declaration which set out a proposal to bring crypto assets within the ambit of the definition of “financial product” in Section 1 of the FAIS Act, the legislation which regulates the activities of financial advisors and products.

Additional risks are education-related, market-related, operational and governance related. In general cryptocurrencies are not widely understood, and significant ‘upskilling’ is required to understand the blockchain that facilitates cryptocurrencies. The main market-related risks associated with investing in cryptocurrencies include the fact that it is very difficult to quantify the risk inherent in the investment.

With respect to operational risk, it has been estimated that 20% of the Bitcoins ever issued have been ‘lost’ as owners forget or lose the passwords that prove ownership. Most fraudulent activity related to cryptocurrency theft has been associated with the storage or custodianship of crypto, and counterparty risk. In August 2021 it was reported that hackers had stolen about US$600 million in cryptocurrency from a protocol known as PolyNetwork, designed to enable users swap tokens across multiple blockchains.

Governance risks include those to do with the lack of transparency around issuance and distribution of crypto assets. According to the IMF, 16 000 tokens have been listed in various exchanges and around 9 000 exist today, while the rest have disappeared in some form. Many of these had no volumes, the developers have walked away from the project, or were possibly created solely for speculation purposes or even outright fraud.

In which countries is cryptocurrency the most popular?

It seems that crypto adoption in some emerging market and developing economies has outpaced that of advanced economies. An article published by the Financial Times published an index that attempted to measure the level of ‘crypto adoption’ in different countries. It was designed to measure adoption as defined by three metrics; total cryptocurrency value received, retail activity and the extent of peer-to-peer trading volumes, weighted by the population of internet users and purchasing power per capita in each country.

Using data from the World Bank and ChinaAnalysis, the FT calculated that the top ten crypto adopters were Vietnam, followed by India, Pakistan, Ukraine, Kenya, Nigeria, Venezuela, United States, Argentina and Columbia. South Africa was placed 16th. The only country classified as a high-income country on the list of 20 countries was the United States.

How much crypto is there in the world?

A September 2021 article published in the Economist estimated that the current global value of crypto assets is US$2.2 trillion. For perspective, in 2020, the GDP of Italy was US$1.8 trillion and France US$2,6 trillion, GDPs ranked 7th and 8th in the world respectively.

Why has it taken off the way that it has?

Most of the world’s commentary about the future role of cryptocurrencies come from the US, where it seems that a significant push factor for crypto adoption is concern about rising inflation due to successive waves of stimulus initiated by the Federal Reserve. It is expected that ongoing financial stimulus will weaken the US dollar (a fiat currency). Crypto enthusiasts believe that crypto is a potential inflation hedge, and that they can ameliorate the effects on their wealth by buying crypto which relative to the US dollar is less easily ‘printed’ or created.

On the other hand, many of the early crypto adopters are from countries with internal political strife, exchange control regulations, high levels of corruption, poor taxation controls and weak currencies. It is possible that crypto is perceived as an asset class that can avoid regulatory inspection and may be accessible from an alternative jurisdiction. This is particularly useful for people who live under authoritarian governments.

Are there different types of cryptocurrencies and how many brands are there?

Note this article is for educational purposes only. It was compiled with the assistance of Jaltech Fund Managers by taking part in their most recent cryptocurrency webinar. To watch ‘A Deep Dive into Cryptocurrencies’ click here. Additional sources in this article are noted with hyperlinks.

Mail
View Profile
Alwyn has worked in the investment, insurance, property investment and financial planning industry, both in South Africa and in the US since 2005. He joined Rosebank Wealth Group in 2017. Previous employers include Attooh Financial Wel... more

Sharks bite toes that get dipped into the sea … I snorkel with them.

It’s quite simple actually… Do your research.

For any investment – if you’re informed you can make better choices, and know what you’re buying.

How many times do Buffett, Munger, Bogle and Lynch have to say this before investors listen?

If you’re knowledgeable then you can make your own call on crypto or anything else.