Six retirement ‘rules of thumb’ that should be retired Managers of retirement funds have to manage the underlying assets in retirement funds according to rules in Regulation 28 of the Pension Funds Act. These rules set certain maximum exposure to certain asset types such as equities, bonds, cash, hedge funds, private equity investments and offshore funds.

Managers may invest a maximum of 75% of the portfolio in equities, and a maximum of 25% offshore, (excluding Africa) for example. The maximum exposure to hedge funds is 10% and to private equity is 10%.

There are very few rules of investing for retirement investing that everyone actually agrees with. They include the following:

However, at least six previously widely held assumptions and ‘rules for investing’ have had to be retired for a number of reasons, ranging from increasing longevity to a lower investment return environment.

Assumption 1: Real long-term performance (post inflation) of equities will be between 7 and 8%.

To calculate whether or not you are saving enough for your retirement, you have to make a few assumptions. The long term real (post inflation) average equity performance of the Johannesburg Stock Exchange since 1929 has averaged between 7 and 8%. This is the figure that most financial advisors use to advise you on how much money you should be saving for your retirement.

It was assumed that if you saved 15% of your salary for 40 years and that the average performance of the equity portion was inflation plus 7-8 %, while the total portfolio produced a return of inflation plus 5%, you could retire on 75% of your final salary.

In recent years this relationship has broken down.

The table below shows real returns as measured by the difference between the FTSE / JSE All Share Index and the Consumer Price Index over one, three, five and ten years. The figures in this table show that the real return has fallen short of the 7% to 8% target.

Table 2 shows that over the last ten-year period, real returns, as measured by the average returns of general equity unit trusts, have fallen short of the 7% to 8% target while the low-, medium- and high multi-asset classes have fallen far short of the CPI + 5% target.

Assumption 2: You should expect your retirement savings to last for about 10 years

Most financial advisors know that the retirement formula quoted above: (15% of your salary saved for 40 years, assuming a return of 5% after inflation leading to retirement capital that will provide 75% of your final salary) is based on dated longevity statistics.

But despite this, this tried and tested formula for saving for retirement has not been updated.

HIV/Aids has extracted a severe toll which shows up in our low life expectancy figures. According to Trading Economics data, only 5% of South Africans are over the age of 65. This is lower than the world average of 8.5%.

The retirement savings formula above ignores the fact that thanks to medical technology, improved heart disease treatment and low impact surgery, people are able to enjoy much longer lives than ever before.

According to the UK’s Office of National Statistics, in 2015 average life expectancy in Britain was 79.6 years for men and 83.1 years for women. At least 5% of South Africans should expect a longevity in this age range.

The increase in British life expectancy has been more dramatic over longer periods. In 1908 when the UK State Pension was first introduced for those aged 70 and over, the few woman who achieved this age were expected to live on average an additional 9.3 years, and the few 70 year men were expected to live a further 8.4 years. This meant that pensions needed to last around nine years.

Assumption 3: Saving 15% of your salary will be enough to see you through your post-retirement years.

Until recently the maximum tax-deductible saving for retirement in South Africa was 15% of your non-pensionable taxable income. Many savers simply assumed that this figure of 15% was deemed ‘enough’ or ‘the right amount’ as calculated by those who have made the necessary calculations.

But the truth is that 15% has no special significance and has always been a somewhat arbitrary figure. Earlier this year, tax exemption for retirement savings increased from 15% to 27.5% of taxable income. This was a widely welcomed pro-saving move by government.

Assumption 4: A draw-down rate of 5% will be enough to meet your needs

Living annuity policyholders are entitled to draw a regular income of between 2.5% and 17.5% of the value of the assets of their living annuity. An optimum draw down rate is one which is less than the returns of the investment portfolio supporting the living annuity, the capital base. If it is higher, the capital will be eroded over time. Over the long term, a draw-down rate of about 5% is considered sustainable and this is the figure that advisors use to calculate suggested contributions to retirement funds.

However, figures released by the Association for Savings and Investment South Africa (Asisa) show that since 2011, average drawdowns have ranged between 6.44% and 6.99%, with 2016 drawdowns coming in at 6.62% of capital.

The higher-than-recommended drawdown levels have not been due to high-living retirees, but the high prices of basic necessities such as electricity, medical scheme premiums and food. Traditional retirement fund calculations assume that basic living expenses will increase in line with the rate of inflation; but droughts, currency devaluations and other unpredictable events can interfere with price increases.

Assumption 5: You will retire at the age of 65 and all your big debts will have been settled

In our experience at Rosebank Wealth Group many clients make the mistake of assuming they will retire at the age of 65 in relatively good health, and will be largely debt free.

However life is seldom predictable. Early retirement due to ill-health, retrenchment due to a struggling economy, a divorce and second marriage followed by a second family can all play havoc with retirement planning.

Assumption 6: The value of your primary residence will increase, giving retirement savings a much-needed boost.

All you need to do to get a fair value of your family home is to wander around your neighbourhood on a Sunday afternoon and visit houses for sale in your neighbourhood. Quiz your local estate agent on which houses are selling fast and which are on the market for months on end.

The trends to small, secure, sectional title dwellings are well established and new retirees run the risk of selling their family home for considerably less than they hoped for.

So what should you do?

If these investment trends and inflation rates continue there will be five options open to retirement savers:

For more on this, see our previous articles on retirement on our website: A world without retirement and The South African retirement system. 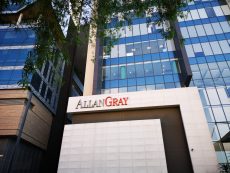