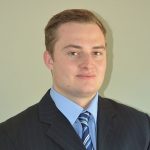 “Should I take my money offshore?” A question which is often asked by investors who are fearful of the South African deterioration. Without digressing into a lengthy analysis of the pros and cons of offshore investing, let’s rather consider the facts which relate to the underlying issues within the question. South Africa is quite literally borrowing money to pay its public sector employees. Although the finance minister noted in his February budget speech that government will tackle its bloated public sector wage bill, nothing has been done as a result of the pandemic.

The chart below shows South Africa’s local GDP (growth) since 2013, as well as the forecasted GDP at the end of 2019. The sad reality is that the pandemic has set us back several years by way of lost GDP. As every South African well knows, this is on the back of an already stagnant period of growth in the years leading up to 2020. As an emerging market, the odd wobble every now and then is to be expected when it comes to both business confidence and consumer confidence. As the chart below shows, these things come in cycles. The problem with where we currently sit is that we have never before seen such pessimism in our 26 years of democracy. Without meaningful intervention from the government, this time may be different?

Despite the bloated wage bill, the chart below is the most worrying for South African Investors. It doesn’t take a mathematician to see that the country has had declining real GDP (growth) since 2011. In a Business Times interview with Duncan Artus (the new chief investment officer of Allan Gray), Artus expresses his concern around the ability of good companies to operate and thrive in a failing economy.

“Over the longer term, you can’t have successful companies in a country that fails. The cost of our 10-year government debt is higher than our economy is growing. Just do the maths; it can’t carry on like that. Unless we make some brave economic decisions, it won’t be long. We’re running out of time.”

These comments highlight the concern around the already widely debated questions around holding too much of one’s retirement savings in the local market given the dangers of what may happen if the current status quo is not addressed.

There seems to be a consensus amongst many fund managers who are positioning themselves towards an offshore biased Regulation 28 compliant portfolio. At face value, it appears that on a see-through basis the largest and most well-known South African multi-asset high equity funds (local balanced funds) have more than 65% exposure to offshore assets.

As South Africans we remain hopeful that South Africa will change its default trajectory through brave economic decisions, however, we acknowledge the mistrust in government to implement the required policies.

The government’s actions over the next 6 – 18 months could determine the economic future of the local economy in the following 10 -15 years. Needless to say, the midterm budget speech is going to be vital to our economic outlook going forward.

It is important for investors to be guided in their asset allocation through a comprehensive financial plan that considers the circumstances of the individual investors and as well as their goals and objectives for their investments. Investors need to find an appropriate balance between local and offshore exposure without being overly pessimistic or optimistic as there are divergent outcomes that can still take place both locally and globally.

“After climbing a great hill, one only finds that there are many more hills to climb.” Nelson Mandela

Was this article by Jesse helpful?

Asset Protection International
Mail
View Profile
Jesse Morgans is a financial advisor, managing and providing financial services to a portfolio of clients around the country. His qualifications include a Bachelor’s Degree in Psychology, as well as an Advanced Certificate in Financi... more

You are probably one of the worst economists in history. I have to pray that people are not so ignorant and that they never listen to your shoddy advice!

So many people have lost money because of bad advice like yours. So sad. You are a disgrace.

I can add to that,the dumbest are the ones that don,t know that they are

The points raised are valid. However, this must be balanced against what is happening in the rest of the world. The USD is in a weakening trend and commodities tend to benefit in that environment. This should help trade and s/t investment flows which in turn should keep the ZAR stable. Further SA offers a significant carry over first world countries when purchasing bonds. These factors do not help in the medium term – the malaise in the SA economy will continue due in the most part to corruption and poor government which has been evident in this country since 1948.