Structuring portfolios in times of chaos 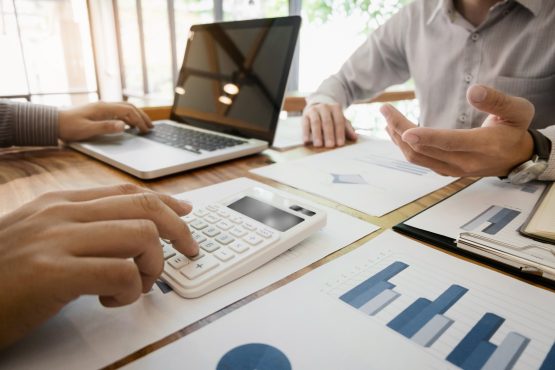 The longest bull run, which started in 2010, came to a bloody end in March 2020 as the world started taking stock of the potential socio and economic impact of the Covid-19 pandemic.

Investors are understandably panicking and have been trying to “save” or “protect” their nest eggs and retirement income by hoarding large sums into cash and money market investments during this volatile and unprecedented period that the world has never before experienced.

History has always been the perfect teacher. When analysing the current situation there may be some clues as to what should be done now.

The great depression of 1929 created a destruction path where more than 90% of investment values were destroyed in roughly four years. It is still believed that the start of World War II assisted in reversing the fortunes of the industry, which means that this period lasted almost 10 years. The financial crisis of 2008/2009 lasted approximately 18 months, which is a far cry from the 1929 period. True, there have been other periods during 1974, the late 1980s and late 1990s, which also had investors watching their investments being tossed like a ship on the stormy seas, but these periods did not have the impact of 1929 or 2008/2009 and corrected themselves in a relatively short period with not much influence from governments or central banks.

Economists and historians believe that the biggest mistakes made by the Federal Reserve during the great depression were to focus more on protecting the US dollar by keeping interest rates high and to even increase it, while liquidity in markets eventually dried up as banks held on to capital instead of allowing borrowings even to each other in fear of defaults. During the financial crisis of 2008/2009, the US Federal Reserve announced massive stimulus packages and even created liquidity by purchasing assets onto its balance sheet, which eventually assisted in bailing out some large industrial firms and banks that are still with us today.

It appears that lessons have been learnt. The US government has recently announced a stimulus plan amounting to more than $2 trillion to alleviate and even counter the impact of the current economic shutdown and to also assist the more than 17 million people who have lost their jobs since the outbreak of this pandemic. Even the ECB and IMF have already agreed to do whatever it takes to help the world’s economic machines to be restarted as soon as the pandemic allows it to do so safely.

The South African government has also taken firm decisions and reacted swiftly in applying the lockdown. Unfortunately, job losses are already estimated to breach 500 000 after only three weeks and there are also an estimated 1 700 SMEs that have lost the battle. To counter this the Reserve Bank aggressively cut rates by 2% this quarter, thereby reducing the repo rate to a record level of 4.25% and the prime lending rate to 7.75%. Minister of Finance Tito Mboweni has also stated that he will not hesitate to approach the IMF for financial support to assist the local economy through this difficult period, despite the ridiculous resistance from the Ace Magashule faction. He has also stated that funds from non-performing state entities and SOEs will also be channelled to assist in financially supporting individuals and private entities affected by this pandemic. Some wealthy privateers have also set up funds to assist small enterprises to get back on their feet eventually.

As at April 14 those of us who have not retreated to underground bunkers and that have decided to place our faith in science and humanity’s ability to simply “get through the storm”, have noticed that our local equity market recovered more than 7% of its losses, following in the path of international markets that have strengthened on average almost 9-11% in less than two weeks.

Investors have been lulled into a sense of passive ignorance and now that they have a more direct need from their mainly retirement investments in sourcing their income, are they realising why proper long-term planning and portfolio structuring is important? Unskilled and lazy trustees, brokers and even fund managers have for decades sold and managed retirement structures on behalf of these investors with the argument that these investments are of a low-risk nature and that it will be enough to only put away what is required into an employer’s selected retirement group schemes.

Unfortunately, the simple calculation that a retirement target should equal approximately 15% of an individual’s last gross annual salary stays quite true and very few retirement portfolios reach this benchmark.

If an individual was earning a relatively average income of approximately R20 000 per month, then he or she should have at least R3.6 million in the eventual retirement pot. I am assuming that this individual will want to continue earning the same income before retirement, or as close to it as possible.

Current average annual annuity drawdowns are approximately 6.6%, but there are discussions by certain role players to limit this to between 4-5% per annum. So how does that impact the eventual income earned?

If our investor did not make any additional planning and purely depended on an employer’s registered group, or invested in portfolios or structures with returns that were potentially too conservative and yielded very low outcomes, then the following situations may be prevalent:

The implications of a reduced capital target and the required annuity income can be quite severe and if annuity rates are kept at above-average levels for protracted periods then the further potential of capital erosion and even depletion becomes an ultimate risk factor.

The same principles are present in the current environment where the bulk of investment portfolios have been adversely affected by the prevailing market conditions. Investors with living annuity portfolios, that are allowed to draw an annual income at any level between 2.5% or 17.5% per annum, may be finding that an initial annuity rate of 7% has effectively spiked to more than 10% or 12% even. Unfortunately, these annuity levels may only be reset once a year, but there have been calls made by industry players to allow annuity levels to be adjusted during unfortunate market conditions, to protect portfolios against the adverse effect of high-income levels.

South Africa’s Pension Funds Act of 1956 is there to protect retirement investments from reckless investment strategies. Regulation 28 of the Act has set certain limitations where, as an example, only 75% of the entire asset selection may be done through equities. Offshore assets have recently been increased to 30%, while a further 10% has been set aside for allocations into Africa. There are also other imitations in terms of certain issuer exposures pertaining to ratings and listings and also market capitalisation values. The question is whether this has indeed worked to the benefit of retirement portfolios in reality.

Living annuities do not have to adhere to this act or the particular regulation, but too many portfolios are still structured with a simple balanced fund or two and perhaps a specialist equity fund only. In most cases, there may only be a single balanced fund strategy with the explanation that this does offer sufficient diversification regarding assets and that the risk factor is thus mitigated as the portfolio even “complies with the Pension Funds Act”.

What retirees consider to be a risk is not limited to investment allocations only, but the need for receiving a sustainable and competitive long-term income but without having to deplete the capital if possible.

It is important to ask why it is that the regulators continue to limit fund managers in properly applying their skills in achieving optimal investment returns through an actively managed asset allocation approach and to limit the amount of offshore exposure as an example. If one considers that more than R4 trillion is currently invested in retirement funds in South Africa then one can maybe understand why most role players do not want to rock the boat, but times are changing and this situation needs to be addressed. Considering that balanced funds, in general, have battled to keep pace with inflation over the last five years and have yielded average returns of only about 3-5% on average then the model is flawed.

Surely investors would want to benefit from the growth happening in developed markets by having more direct exposures to the potential wealth explosion in companies like Facebook, Amazon, Microsoft, Apple, Netflix, Google and the like, while also not just allowing portfolios to focus on the local market which sadly does not even account for 1% of the world’s investment market playground. They will even find some protection against the continuous depreciation of the rand without too much effort if one considers the continued depreciation of the local currency for the last 40 decades.

A summary of our JSE Allshare index’s compounded return, compared to the US equity indexes and also the UK’s FTSE further strengthens the case for increased exposure to international markets as our local index has been losing its glamour due to some very poor political leadership and the state capture and theft that became synonymous with the Zuma era.

With interest rates still being reduced, worldwide, where it is still even possible and with the long term performance of equity markets and the continued recovery in stock prices worldwide, one has to be careful to not throw the baby out with the bathwater. By moving into cash and fixed interest portfolios the losses will simply be locked. With the waning possibility of interest rate hikes in the near future, any additional burdens on a portfolio in the form of annuity draws that may have also not been adjusted to compensate for the recent market crashes and resulting capital losses, will only lead to a hastening of eventual capital depletion.

It is important to take responsibility for investment portfolios and in particular, retirement strategies from the very start. Adjust lifestyles to match income and not the other way around.

Do not expect any investment strategy to offer consistently excessive returns to compensate for the fact that the initial capital layout, or savings, was not enough.

Expect markets to perform irrationally, but do not steer away from the original investment strategy. Make sure that the underlying investment allocation and diversification properly match expected investment returns, as well as risk appetite as defined by the potential non-achievement of annuity income and the overall erosion of the capital.

Never try and time a market. Remember even a blind squirrel can eventually find a nut or end up being lunch itself.