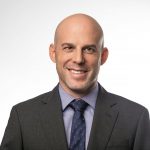 Addressing SA’s current fiscal deficit, whilst still providing some support and relief to our floundering economy, was always going to be the focal point of the 2021 budget speech given that Covid-19 put an already strained economy under even more pressure.

To improve the fiscal position, the government needs to either reign in spending or increase tax collections through increased tax rates. Given the current need for economic growth in SA, it was highly unlikely that spending was going to be reduced as government needs to spend money – through infrastructure, education, social services, and so on – in order to incite long-term growth.

Estimations are that 5% of South Africans pay 97% of all personal income tax in SA – this is an incredibly low number, even when compared to our emerging market peers. While comparisons with other nations might be unfair given SA’s apartheid legacy, the progress that has been made since 1994 has been slow.

Having such a small tax-paying base is simply not sustainable in terms of trying to strengthen our fiscal position. Instead of implementing policies aimed at inclusive economic growth and trying to create jobs – thereby increasing the number of tax-paying individuals – the government has incrementally increased personal income tax from 40% to 45% over the last five years.

The bigger issue – a severe lack of growth over a sustained period – has allowed the focus of tax collection to shift from corporates to individuals, and a highly concentrated base at that.

The challenge in SA is that with such high tax rates comes significant anger and frustration at the rampant looting taking place.

SA’s tax rate is actually more similar to the developed nations of the world. Ireland has a maximum income tax rate of only 40% whilst the UK’s maximum tax rate is the same as SA.

Two issues, therefore, become abundantly clear when analysing SA’s tax structure in SA: firstly, the personal income tax rate is very high for a developing nation and, secondly, the visibility of state funds and what citizens get in return for paying their taxes leaves a lot to be desired.

Whilst tax rates in SA are equally as high – or higher – than the UK and Ireland, we get far less bang for our buck from a service perspective. This in itself also raises the risk of decreases in tax morality and increased levels of non-compliance.

Another trend impacting the SA tax base is the ‘brain drain’. Currently, the number of skilled people leaving SA is more than eight times the number who have immigrated here. This has many consequences for the economy. From a productivity perspective, it’s becoming exceptionally difficult to replace these skilled workers at the rate at which they are leaving the country. This has a knock-on effect on the economy as more money is spent on training, upskilling and recruiting, losing valuable production time.

Many of the skilled workers leaving our shores pay high taxes. Their departure puts more pressure on government revenue as a whole. SA’s tax-paying population is getting smaller and smaller while the number of people solely reliant on state funding is getting bigger and bigger. Increasing income tax further would most likely enhance this ‘brain drain’ effect or, at the very least, incentivse high-earning individuals to be less tax compliant.

The 2021 budget was a win from the perspective that tax increases in the order of R40 billion have been scrapped. Corporate taxes are down 1% to 27% and there is an above-inflation increase in personal income tax brackets – effectively resulting in reduced personal income tax.

Given that taxes are not increasing materially – with the exception of excise duties on alcohol and tobacco products and fuel levies – the fiscal deficit, therefore, needs to be addressed through a reduction in expenditure. This will be difficult to implement given SA’s desperate need for economic growth. At first glance, expenditure plans seem positive with a focus on cutting unnecessary expenditure.

Reductions in public sector compensation take the biggest hit. The government has already achieved this to some extent and shown a fair degree of resolve in successfully fighting to renege on parts of a 2018 public sector agreement that would have seen an increase in wages in 2020/2021. Unions have, however, lodged an appeal with the Constitutional Court.

Clearly, there was little wriggle room for personal income tax and only marginal wriggle room when it came to other sources of revenue. The focus needs to be on re-allocating expenditure to areas that really need it and cutting expenditure on things like the public sector wage bill and regular bailouts for SOEs.

In conclusion, SA’s fiscal debt looks set to peak in 2027 and we’ve laid out the tax conundrum where there’s little room to increase tax revenue through rate hikes. For now, there is a need to rely on the government implementing the necessary levers to stimulate economic growth. Although the government is making the right noises, only time will tell if its plans translate into tangible results.

I joined NFB Asset Management in 2003. Three years later I realised my passion was for wealth management, a client facing position, and I redirected, having gained a great knowledge base, into a full-time financial advisor. My clients ... more

Its not just the marginal rate is an issue – I’m working overseas and the marginal rate is also 45% here but only kicks in at about USD900,000 vs USD110,000 in South Africa…..and of course for the money I pay here in tax I get full services – no crime, excellent cheap public transport (I haven’t owned a car here for 3 years and travel all over the country), national health, electricity, roads etc etc. Def thinking of investing here and becoming a permanent resident. Once you have tasted the simple freedoms like going for a solo jog on local roads in the dark of night and not having to worry about being stabbed or shot you really don’t want to come back….