The effects of inflation over a 42-year period

When comparing food prices back in the 1980s to food prices now, the inflation rate has increased significantly.
17 June 2022 11:52   /  By  Michael Haldane - Global & Local The Investment Experts We all have front-row seats to watch how food, fuel, and other prices are currently skyrocketing and the cost of living is just insane, not just in South Africa but worldwide. The whole globe is currently facing inflationary conditions, and reserve banks are doing their best to try and tame them.

With these current price increases, one could wonder if history could possibly repeat itself and we could face the same fate as the people in 1980. In the 1980s, the Consumer Price Index (CPI) once hit a record high of 19.70%.

Inflation is the broad increase in prices affected by people’s appetite for certain goods. In economic terms, we say it is affected by supply and demand. For example, when someone posts a picture of a nice pair of Nike shoes, it ends up trending, and suddenly everyone wants the shoe, and then the price of that shoe goes up. However, inflation is caused by the increase in the average prices of multiple goods.

Inflation is not such a bad thing until it starts increasing at a fast rate or it increases at an abnormal rate. One example is how the United States faced the biggest increase in prices since 1990, a 6.2% increase, which is greater than the Federal Reserve’s targeted inflation rate of about 2%. Another example is Zimbabwe, which had a CPI of about 96.4% in April and jumped to 131.7% in 2022. Such a situation is what we know as hyperinflation.

The greatest price increase we have witnessed in the space of a year is the increase in oil prices, which increased by 42% from April 2021 to April 2022. According to the Household Affordability Index by the Pietermaritzburg Economic Justice & Dignity Group, the prices of about 37 out of 44 core foods increased between April 2021 and April 2022.

Not only does inflation affect the goods we buy, but it also affects our investments. If you were to invest R1 000 into a unit trust with Allan Gray 24 years ago before it was adjusted for inflation, your investment would have grown to approximately R74 861 by now. Alternatively, if you invested R1 000 in a unit trust with Allan Gray 24 years ago, after inflation, it would have grown to R21 789 by now. This shows the grave effect of inflation on both our goods and our investments.

When comparing food prices back in the 1980s to food prices now, the inflation rate has increased significantly. In such an inflationary environment, one could wonder what their real return on investment is. The Reserve Bank could assist in containing sharp price increases. Fund managers and investment advisors also use good strategies like setting a target rate of return that beats inflation to make sure that clients get good returns on their investments. If situations like this are not put under control and relevant role players like the Reserve Bank do not play their part in ensuring that inflation remains stable, it could deeply hurt the pockets of an average South African, and in the worst-case scenario, we might end up being another Zimbabwe.

Was this article by Michael helpful?
46 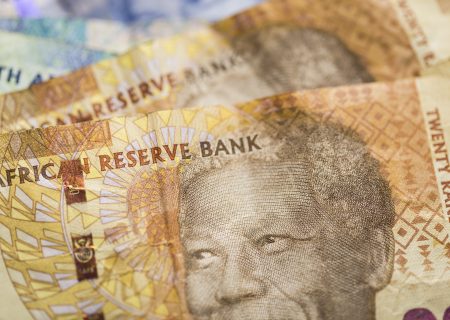