The JSE is cheap … so what? 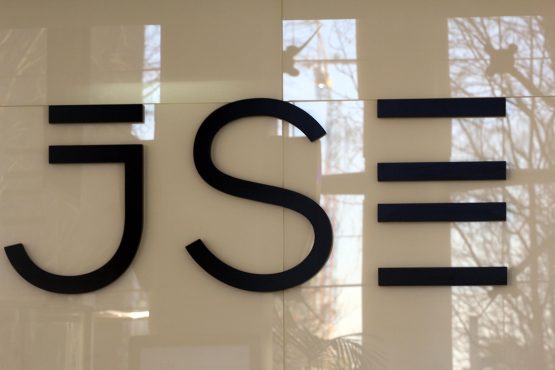 South African stocks are looking cheap right now. According to Bloomberg JSE equities are trading at the biggest discount to US stocks in more than a decade.

Local shares have edged higher than its emerging-market peers, according to the wire service, but that’s largely down to strength in global tech investor Naspers, gains in international luxury goods seller Richemont, and price rallies in some of the South African miners.

For the rest, investors have largely shunned a market hobbled by a faltering economy and anaemic earnings prospects for its companies. Emergent companies have been few and far between, with few participating in the meaningful gains. Most of Corporate SA have been left behind.

Domestically focused companies are trying to eke out profits in an economy that is in despair, while both employment and consumer confidence is in the doldrums.

There hasn’t been any earnings growth on the domestic stocks, and stock prices follow those earnings and until that changes, my sense is that the metric will remain cheap.

But you won’t buy a cheap house in a bad neighbourhood, right? There is a reason why it is so cheap. In my opinion it is not wise to just buy something just because its trading at bargain levels.

There is also a case for the ‘rand hedge argument’, which should have counteracted a faltering economy, but where bad or costly decisions, like at Aspen, Steinhoff and Sasol muted that point into oblivion. Not all SA companies struck it lucky like Naspers did with Tencent, which makes up a large chunk of the local stock market anyway.

So, where does it leave local investors? I could make a case for offshore investment, a good and proper alternative (for JSE) with lower risk but not that much more expensive that local offerings, if one compares MSCI indices with JSE P:E ratios.

Another point to consider is the elephant in the room. If SA does not fix the Eskom problem, the picture for the local economy does not look too bright. The country’s fiscal deficit will be too big in order to avoid a downgrade from Moody’s. This has not happened yet, and might not, but the chances are there and a good reason why investors should now consider increasing their offshore exposure.

There are risks in offshore markets too, like currency fluctuations and global trade wars. But broadly speaking, investors who invest in a wider range of stocks and themes, can reduce their exposure to risk when compared with an overweight exposure to SA shares.

Building a portfolio with a big offshore equity component provides more diversification, with a wider opportunity set of shares to choose from and growing industries that are simply not available on the local market. No need to buy an expensive S&P500 (US index) – investors can sue a fund manager that can pick shares on a global market that trade at acceptable valuations, but also has a strong and defensive income generating ability. These kinds of companies, that will still make money irrespective of macro-economic outlook (think global trade wars, or problematic SA economy) are available in big numbers on offshore markets.

There is a reason why something is cheap, but that the fact that it is cheap should not be the reason to invest in it. Look at the underlying asset, the nature of it, and the possible risk and return trade-off. Brenthurst Wealth is of the view that offshore trumps local equity purely based on a wider opportunity set, more diversification and a structurally challenged local economy.

The global investment universe is vast and can best be navigated with the guidance of an experienced, accredited financial advisor who can devise a strategy suited to an individual’s particular investment goals and risk profile. Details of the Brenthurst offering here: Brenthurst Wealth

Mail
View Profile
ANDRÉ joined Brenthurst Wealth in 2018 and is head of the Val de Vie Estate office. In 2020 he was awarded as one of South Africa’s top three Relationship Managers in the SA’s Intellidex Wealth Manager and Private Banks Awards. An... more