Oil price increases, interest rates, and petrol price hikes are just some of the effects of the war.
20 May 2022 12:14   /  By  Michael Haldane - Global & Local The Investment Experts 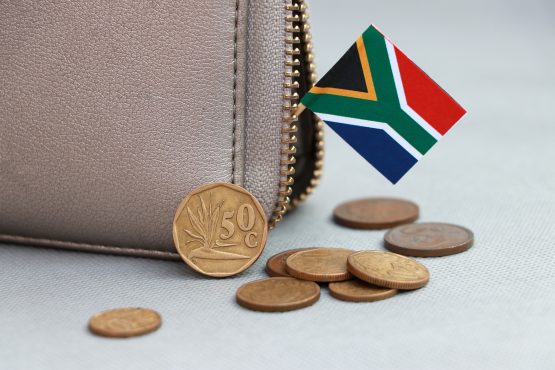 Things were starting to get better after the world was hit by Covid in 2019, with the lockdown removed, and restrictions reduced. Since then, we were hit by yet another disaster, the war between Russia and Ukraine that started in February 2022. Not only has the war taken thousands of lives; it has shocked the world with a chain of events that are worsening our already struggling economy.

Since we live in a world where we trade internationally, being affected by a war happening oceans away from South Africa is kind of inevitable. From oil price increases, interest rates, and petrol price hikes as well as wheat shortages nothing could have ever prepared us to live in such hard and trying times.

At the start of February 2022, news of a rising oil price started to make its rounds as people were worried about the effect of oil supply from Russia since it is one of the largest global suppliers of Brent crude oil. In March, everyone’s nightmare came to life and oil prices increased to above $110 a barrel, marking the largest increase since 2014 and it further increased to $139 per barrel in the same month. These increases were mostly caused by the fear of bans on the oil supplier, proving how an event does not necessarily have to occur for markets to shake but mere scepticism can send markets into a shock wave.

Since the South African rand is a weaker currency compared to the dollar and oil is traded in dollars, the wild oil price hikes unfortunately pushed petrol suppliers to increase petrol prices more than once since 2022 started. Although Finance Minister Enoch Godongwana tried providing relief to consumers by removing the General Fuel Levy for the months of March and April. Fuel prices have been hiked more than once since the year started and by the look of things, this will continue until an alternative has been found. For someone who drives to the office every day they now have to fill up almost twice as much as they would before 2022.

Considering that Ukraine is one of the main wheat suppliers, the war caused a wheat shortage, therefore leading to a scramble by other suppliers to try and meet demand. This gave rise to higher global grain prices which in turn influenced South Africa’s grain prices as well, meaning that foods like wheat, bread, and cereal, are more costly. For people who eat cereal every day, this might mean having cereal would be a luxury.

Inflation and high cost of living

A study by Absa shows that components in the food basket like fuel, bread and cereal, public transport, and new vehicle purchases were affected the most by the war. According to the household affordability index on average the food basket in South Africa costs about R4 359.73 meaning that someone in the low-income group would spend most of their income on food, leaving them with a little to nothing to survive on. A study by FNB has also shown that people in the mid-income range (R15 000-R100 000 a month) live on 20% of their salary for the rest of the month and within five days they would have spent 80% of their income. This shows the crisis that is in South Africa.

Although we cannot entirely blame the terrible economic state we are in on the war between Russia and Ukraine, we can acknowledge the role it has played in the continued decline in our economy and the general consequences of geopolitical risk. There are other factors contributing to the bad economy like strikes, load shedding, and the recent disastrous floods in KZN.

It is now our duty to try and make changes to our spending habits and hope that we can rely on a government that can come up with solutions to the problems their people are facing.

Was this article by Michael helpful?
47