Uranium, the commodity that provides us with nuclear fuel used to generate electricity in nuclear power stations, has surged to price levels last seen in 2015. Many are saying that the current market dynamics have created a uranium squeeze that could propel the commodity to extraordinary heights.

This is not the first time we have seen a substantial rise in the price of uranium. During the early 2000s spot uranium ran from just $11 to $140, bringing uranium stocks up with them. The question is whether we can see similar runs in the current uranium market? Before going into the current dynamics, it is worth touching on what caused the 2004-2007 uranium price run and subsequent collapse. The run was fueled by demand from utility companies needing uranium to power their reactors, uranium producers being forced to purchase in the spot market to cover commitments under long-term sales agreements, and inventory accumulation by both private and public uranium investment funds.

The run ended in 2007 due to market dynamics and overproduction causing supply to get ahead of demand. The crash also happened to coincide with the global financial and subprime mortgage crisis which caused markets to collapse worldwide. This caused the uranium price to spiral over the next three years to a low of around $41.

Then just as everyone had forgotten about uranium, in 2010, utilities, investors and traders started becoming more active in the uranium space again. During this period there was record volumes and buying in the spot market, causing the uranium price to jump 78% to $73 in less than a year. Just as things seemed to be gaining momentum, on March 11 2011, three nuclear reactors in Fukushima exploded after a major earthquake off the coast of Japan caused a tsunami to disable the power supply. After this catastrophe large parts of the world disregarded nuclear energy as a form of power generation and along with it uranium, thus causing the price to decline over the next 10 years.

This brings us to the current market dynamics where the price of uranium is seemingly increasing at a rapid pace. The question is, what changed to cause the uranium price to start rising again?

Uranium prices fell to lows of around $18 in 2016, causing uranium producers to idle many of their mines as the costs per unit mined exceeded the price of uranium, making it uneconomical to mine the metal. This caused a substantial lack of investment in the industry which brought down supply substantially. With rough numbers, the uranium market consumes around 180 million pounds of uranium per year and mines are only producing 125 million pounds of primary mining with 25 million pounds coming from secondary sources. Thus, leaving an overall deficit of roughly 30 million pounds a year. The deficit is being made up using excess inventory – no one is entirely sure how large stockpiles are, however, they cannot last forever.

At the same time, new technologies and a global shift towards a carbon-free world have caused renewed interest in nuclear energy. This coupled with the current energy crisis we are experiencing has brought a lot more attention to nuclear energy as a potential solution to meeting the 2050 carbon-neutral goal.

There are currently 444 nuclear plants in operation globally and another 51 are in the construction phase. Japan, which at one stage generated around 30% of its electricity via nuclear sources, has recently decided to restart its nuclear plants that were idled after Fukushima. China, in the last five years, has built 20 new reactors, doubling the country’s capacity to 47GW. They have now increased their target to 70GW by 2025, which includes 39 planned nuclear reactors. These are just a few examples, as many more countries are starting to realise that the carbon-free world will need nuclear power as a source of energy.

You might be thinking that if demand is clearly outstripping supply, then why don’t the miners simply reopen idled mines. Well, the short and simple answer is that many of the idled mines need the price of Uranium to rise above $60/70 per pound before it becomes economically sensible to reopen and thus uranium supply remains suppressed.

It is easy to see how the current market dynamics have pushed the uranium price higher, however, the exponential rise we have seen over the last few months is in part also due to the introduction of another big market player.

On ]July 19 2021, Sprott Asset Management launched the Sprott Physical Uranium Trust (SPUT). The trust seeks to invest and hold nearly all its assets in physical uranium, thus allowing investors a secure a liquid alternative to ETFs. SPUT is also a closed-end fund which essentially means that every pound of uranium they purchase is permanently removed from the market. They initially applied for a $300 million prospectus, which has already been used up and since been increased by an additional $1 billion, allowing them to potentially raise more capital and further reduce the supply of spot uranium.

Thus far, they have accumulated 34.2 million pounds of uranium and have helped drive up the spot price by around 60%. To put this into perspective, the total spot volume of uranium in 2020 was 92.2 million pounds, meaning that SPUT has managed to corner 37% of the total 2020 volume in just under four months. A player of this magnitude can undoubtedly bring much-needed liquidity and price discovery to the opaque uranium market.

Another big kicker in the demand side for uranium is the recent announcement that Kazatomprom (the world’s largest uranium miner) is to participate in a physical uranium fund, ANU Energy OEIC Limited. The fund, like SPUT, will hold physical uranium as a long-term investment and plans to raise USD500 million for uranium purchases.

The introduction of a new fund to assist SPUT in removing more uranium from the spot market could again provide further upward momentum. This coupled with the limited supply and increased demand as a shift to decarbonise intensifies could cause the uranium squeeze to intensify.

Mail
View Profile
Mauro has well rounded experience in the investment industry having begun his career in 1994 as Administrative Departmental Head at a SA unit trust management company. Mauro then moved to investment banks and asset managers and finally... more 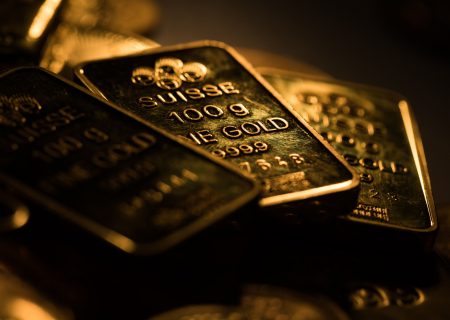