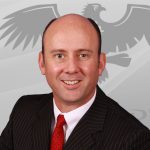 Spare a thought for cryptocurrency traders. Not only has the value of coins such as bitcoin and ethereum been on a rollercoaster ride, but now the South African Revenue Service (Sars) has said that it wants its share of the taxable income of these currencies.

Sars issued a statement on this late last week, saying that it will apply “normal income tax rules” to any losses or gains made by taxpayers in cryptocurrencies. The tax collector’s statement had been expected, as Sars announced a while ago that it was in consultation with technology companies across the world to find the best ways of tracking and taxing income made from cryptocurrencies.

The first important insight from the Sars statement is that it will treat cryptocurrencies as intangible assets and not as conventional currencies. As such, Sars does not consider cryptocurrencies as a form of currency that would make it subject to capital gains tax, but rather as an asset of which the income or loss should be considered as part of the owner’s gross income.

To further stress this point, Sars says that cryptocurrencies are not legal tender in South Africa, nor are they widely accepted as payment for goods or services, so it will not be viewed as a currency.

So, if cryptocurrency is not a currency trade, how should it be treated under tax law?

Sars says that there are three ways in which you could trade in these cryptocurrencies, and each has a tax implication.

The first is through crypto-mining. This is where you run a computer, or many computers, to crunch complex algorithms and in the process ‘earn’ or ‘mine’ new units. These new units should be seen as trading stock until you trade or sell them.

In each of these instances, Sars requires you to record your income or losses as part of your gross income and make them part of your normal tax submissions.

Interestingly, Sars has not taken a view yet on the value-added tax (VAT) implications of cryptocurrencies and as such it does not require any VAT submissions on these trades for the time being.

Some market commentators noted that Sars is not in a commanding position when it comes to taxing the income or losses from cryptocurrencies. Unlike normal investments, where the financial services provider must provide certain information to Sars, the cryptocurrency trading platforms are not based in South Africa, nor are they under any obligation to provide information to Sars.

This means that many of the rules imposed by Sars require the owners of the cryptocurrencies to be honest and open about their trades. As more and more currencies and trading platforms develop, it will be interesting to see how this develops further.

Was this article by Wouter helpful?