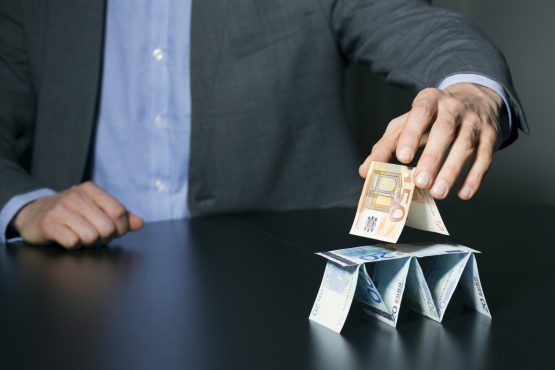 Pyramid schemes and/or multi-level marketing companies are often sought out by South Africans as a way of escaping poverty and debt, especially in tough economic times. With fake news infiltrating social media channels at an unprecedented level, it is an unfortunate truth that investment scams are on the rise.

It can be confusing identifying a genuine business opportunity from an investment scam, and consumers need to be vigilant in their assessments.

Although legal, many MLM companies fly very close to the letter of the law and may not necessarily be smart choices for generating additional income.

On the face of it, it may be difficult to tell a Pyramid Scheme from an MLM because both business models rely on multiple levels of distributors and recruits. In essence, a Pyramid Scheme is a fraudulent system of making money based on recruiting an ever-increasing number of so-called investors. The initial promoters recruit investors, who in turn recruit more investors, and so on.

The small group of initial promoters at the top require a large base of later investors to support the scheme by providing profits to earlier investors. By their very nature, Pyramid schemes are doomed to fail because their success depends on the ability to keep recruiting more investors. Since there are only a limited number of people in a given community, all pyramid schemes will eventually collapse.

On the other hand, companies such as Herbalife, Amway and Avon are MLM’s that sell products directly to consumers without using intermediary retail stores. Their products are sold through a network of distributors set up to resemble a pyramid. Where MLM’s most often sell genuine products (anything from cleaning products to make-up), a Pyramid Scheme very often does not even have a product in place. The two forms of marketing are often confused because their business models are shaped like a pyramid. As an MLM recruit, you can make a profit both from selling the company’s products and from recruiting sales people below you, thereby exponentially increasing the sales force.

One of the inherent problems in both Pyramid Schemes and MLM is that anyone you recruit as a salesperson may end up competing with you for the very same sales, especially when operating in close-knit communities. As more people participate, the supply of products and those selling them can end up exceeding consumer demand.

How do MLM and pyramid schemes work?

Network marketing is purely a numbers game. The success of the business is dependent on the number of people that can be recruited into the network. For example, a business model with a 6 x 6 matrix would mean that the six founders would each need to recruit six sales people, who in turn would need to each recruit six sales people. Your earnings will grow as further levels are added to the matrix. The fundamental problem with this business model is that by level 13 you would need to recruit almost double the world’s population.

In general, Pyramid Schemes and MLM’s promise prospective recruits easy money and passive income in exchange for very little work. Initiates are told that just recruiting people to the network will generate an income. New joiners are led to believe that they can make a fortune with very little effort and intervention, which is hardly sound advice for would-be entrepreneurs.

Another important consideration when contemplating joining an MLM is that, according to research, 95% of network marketers or multi-level marketing recruits fail. The people that do succeed are in the minority. When you attend MLM meetings, the success of the top 2% sales people are generally highlighted. The significant failure rate of their salespeople is generally overlooked because it is built into the business model. Designing a business plan with a 95% failure rate and where successful people are the proven exception is counter-intuitive.

The result of such a high failure rate is that many MLM sales people are left with unsalable stock in their garages. As any retailer will testify, a business that is burdened with unsalable stock is not sustainable, despite questionable claims that you do not need to sell products to make money. Many MLM’s claim that their sales people can make money simply by purchasing the products for themselves, although this has the counter-effect of limiting one’s purchasing decisions and forcing one to use higher-priced products.

What are the indicators to look out for?

As a general rule, be cautious if you have to buy-in to participate. These buy-in costs can include expensive courses, training packs and marketing material. Be wary if you are conned into attending the first meeting under the guise of something else. A hallmark of many network marketing companies is the tendency to not disclose the name of the company until it is too late for the new recruit to exit.

Before signing up for an MLM or a potential pyramid scheme, investigate the following thoroughly: