The weapon of mass confusion

Monetary policy is the action or set of actions taken by central banks in order to influence a number of macroeconomic indicators, most notably inflation; GDP growth; unemployment and the exchange rate. Achieved through open market operations (OMO); policy rate setting and reserve requirements, the monetary authority will in one way or the other look to control consumer and corporate behaviour. Fair enough. Now consider the concepts of helicopter money; quantitative easing; and the perverse notion of negative nominal rates. No longer fair enough.

Ordinarily the long arm of the lender of last resort utilises a variety of conventional methods (OMOs; interest rate changes and reserve requirement adjustments) to control the supply of money in the economy either in order to cool a cauldron of economic overheating or to resuscitate a nation from a cyclical trough. More recently, however, what we’ve begun to see is the introduction of a “new normal” for central bank policy with more inventive methods for attempting to reinvigorate the stumbling global economy, most notably quantitative easing and negative interest rates, which we’ve discussed in detail previously. South Africa, and a large part of the developing world, haven’t had to be quite so inventive.

With growth stumbling across both the developed and developing world what we would typically expect to see is the initiation of expansionary monetary policy measures to ignite aggregate demand and entice targeted inflation rates. With lower interest rates businesses are encouraged to take on more debt to facilitate expansion, while consumers become less indebted (from a cash flow point of view) thus increasing their disposable income, as well as allowing for further leverage effects should they decide to take on additional debt or refinance existing debt. This in turn is intended to lead to increased spending and thus create a favourable inflationary environment. However, while the developed world has struggled with the real risk of deflation, some nations within developing world sit at the other end of the pendulum with the threat of accelerating inflation and thus the need to increase rates. Emerging market nations are therefore forced to choose a monetary policy between raising rates in order to protect the consumer and value of the currency in an inflation targeting framework or reducing rates in an attempt to create a favourable scenario for the cultivation of GDP growth.

South Africa has long adopted a framework of inflation targeting as the primary mandate of monetary policy, setting a target band of between 3% and 6%. What we have seen in the past number of months speaks testament to the above. With inflation trending upwards from a low in February 2015, then breaching the target range in January of this year, reaching a short term peak a month later at 7%, the Sarb (South African Reserve Bank) engaged in a number of rate hikes resulting in a total of 1% over a three-month period. Whilst inflation has fallen for three consecutive months we must still be cognisant of the comments from the Sarb in January of an inflation expectation average of 6.8% and 7.0% for 2016 and 2017 respectively, with a peak of 7.8% in Q4 of 2016.

These rates hikes have occurred in the face of economic growth stuttering into negative territory at minus 1.2% for Q1 of 2016. While the impact of interest rate changes on economic conditions is only felt much later in time, the current strategy of rate hikes will no doubt place further downward pressure on the ability of South Africa to create a favourable growth environment. This all occurring while unemployment has risen to a 11-year high, with high interest rates reducing the profitability potential for small and big business alike and thus the ability to hire new workers. Looking at a comparable developing nation we see a similar trend occurring. Brazilian GDP growth has been in negative territory for five straight quarters; unemployment has doubled over the same period up to 8.2%, reversing all gains made post 2009, while inflation has accelerated from 6.4% in December 2014 to a peak of 10.7% in January of this year. To combat this the Banco Central do Brasil (Brazilian Central Bank) has embarked on an aggressive rate hiking policy, hiking rates from 11% to 14.25% over a nine-month period.

Brazil also follows a policy of inflation targeting, dating back to 2006, where the official target rate is between 2.5% and 6.5%, and which will be adjusted in line with South Africa to that of 3% to 6% next year. Where we begin to see monetary policy divergence is in the case of those developing economies who have managed, in spite of systemic pressures on emerging markets, to continue to deliver healthy economic growth as well as reduce or stabilise both inflation and unemployment. In this bracket, we include the likes of India and Mexico. If we look at “the next big growth story,” India, we can see a clear contrast in terms of economic fundamentals to that of South Africa and Brazil.

Over the same period analysed (Q4 2014 to Q1 2016) India managed to maintain inflation below 6%, and as such has been afforded the ability to reduce rates in order to sustain the high levels of economic growth the nation has become accustomed to.  Unemployment, remains an issue. As with South Africa and Brazil, India has adopted a policy of inflation targeting as its primary monetary policy goal, with the Reserve Bank of India (RBI) implementing a target range of between 2% and 6%. What’s evident in the case of these three nations, in accordance with their mandate of inflation targeting, is the ability to be able to support economic growth through expansionary monetary policy if inflation is under control.

So where then are the major pushes/pulls on inflation in South Africa and Brazil? The answer lies partially in the value of the currency. Albeit throughout a period of dollar strength, both Brazil and South Africa have seen rapid depreciation in the real and rand respectively, with both currencies having lost more than 120% in value over a five-year period against the US dollar. The Indian rupee, by contrast, has only depreciated 50%.

What this excess weakness translates to is an increase in the cost of imports, albeit offset against a favourable environment for exporters. However, with both nations running a current account deficit for a number of years, the net effect is added pressure on the local economy and an increase in the cost of goods and services. Pair this with weak precious metal; agricultural product and oil prices, as well as a slowdown in Chinese growth, and these two commodity-linked nations have come under serious stress, which has in turn led to an increased cost push factor on inflation.

With the developed world facing the risk of deflation and utilising low interest rates and other inventive monetary tools to tease out sustainable growth and price increases, and with some factions of the developing world using higher rates to reduce inflation, global monetary policy is certainly in a dichotomous state.

What this should mean is inflation differentials and interest rate differential leading to further long-term weakness in the real and the rand.

While a short-term respite may come in the form of higher interest rates, potentially resulting in rand stability, it must be noted that the major inflationary factor is that of a cost push nature, and less so demand-pull. What higher rates may do is to subdue any remanence of excess aggregate demand, which is a far more worrying factor than the potential inflows from foreign investors looking for additional yield. A monetary policy framework of inflation targeting in a period of already low economic growth puts the likes of South Africa and Brazil at the front line of a potentially long term destructive force of recession and thus exacerbate the pressures of unemployment; budget and fiscal deficits, as well as the long term value of the currency. All this while on the other side of the spectrum where the developed world faces a similar issue of pedestrian growth, albeit through polar opposite inflationary circumstances. Growth remains low worldwide and the question begs, which strategy will pay off first. Looking for new investors ‘who would be interested in availing funds (equity/debt) to resuscitate’ the company. 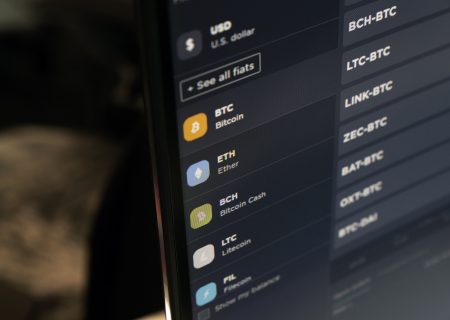 Moneyweb / 13 Apr 2021
Tariff will change according to fluctuations in LNG price.
16