What the trends around franchise businesses show us.
By Jeanette Clark 7 Sep 2021  00:02 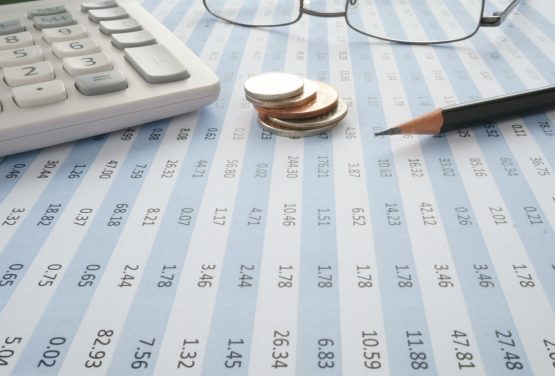 South Africa has more than 45 000 individual franchise businesses. Each of these, on average, provide direct employment to eight to 10 people.

“The contribution of the franchising industry to GDP, on its own, accounts for around 12% to 13%,” says James Noble, head of Wholesale, Retail and Franchising at Absa Business Banking. Noble also serves on the board of the Franchising Association of South Africa (FASA).

“Franchises are a significant contributor to employment in our economy and [they] support entrepreneurship,” he says.

The country needs employment right now. The most recent statistics released by Statistics South Africa reflect the severe damage that the COVID-19 pandemic has inflicted on the economy, with half a million jobs lost between March 2020 and March 2021.

When Noble unpacks the structure of this division at the bank, the nuanced impact of the pandemic becomes clear.

For example, while revenue streams for restaurant businesses were decimated (see graph below), the bank saw that its quick-service restaurant clients did quite well. DIY and hardware business revenues were up, perhaps because people were spending more time at home, argues Noble. Funeral services and pharmacies did well, while liquor trading businesses were caught in the severe rollercoaster ride linked to the various alcohol bans instituted under the National State of Disaster. The pandemic has also created some opportunities, says Noble.

When it comes to consumer service businesses, for example, there is potential for businesses that support home-schooling as home-based education becomes more prevalent – whether by choice for consumers, or out of necessity due to regular school closures.

The difference in intensity of the pandemic’s impact highlights why each customer that the division looks after, requires a bespoke approach.

“We were very deliberate in our message to the market and in our communications to franchisors and franchisees, that each business case would be evaluated separately,” he says.

Over the past 18 months, Absa provided payment relief or debt restructuring in some instances. In other cases, says Noble, they offered discounts on short-term insurance premiums.

“We also looked at discounting the cost of some of the services that we provide, e.g. cash management. And in a world where revenue sometimes dropped to zero, but salaries and rent still had to be paid, we provided overdraft facilities,” he says.

What became very clear was that for franchises and the larger trade sector, margins were under severe pressure in the last year and a half.

There wasn’t a lot of fat to start with – pre-COVID-19 franchises already had to contend with the cost and impact of load shedding and labour unrest or strikes that flared up every now and then.

For people who might be considering a new career path and are considering the franchise route, Noble has some advice.

“It is very important to do your homework and investigate the franchise brand in which you would like to invest,” he says. “There are more than 800 franchise brands in South Africa, but this is not to say that all of them are operating in line with ethical business practices.”

He advises that a potential franchisee makes the effort to interview existing franchise owners to see if they are happy with the support that they receive from the franchisor.

Often, new franchisees are disillusioned with how much work an entrepreneurial venture such as a franchise is. “If you have worked from 08:00 to 17:00 in a corporate environment, you need to seriously consider if this will work for you. For some service type businesses, you are always on, always open.”

Noble also advocates for a “tri-partite alliance” between the bank, the franchisor and the franchisee.

“If the bank is approached for a loan by a potential franchisee and the concept does not make sense or it does not have a good relationship with that particular franchisor, it should be a red flag to the entrepreneur,” he says.

A statement by FASA on its website argues that franchises, in particular, are showing signs of recovery, being one of the most resilient sectors due to the solid support mechanisms contained in the model.

“The franchise sector is leading the way in its recovery and globally, we are seeing the determination of both franchisors and franchisees to overcome the challenges and forge ahead with revival plans,” the Association says.

Noble agrees. “If you start a business in the franchise environment and it is a well-known brand, your chance of success is much higher than if you start an independent business,” he says.

Brought to you by Absa Retail and Business Banking.

Financial trends give insight into the future of banking

Financial trends give insight into the future of banking