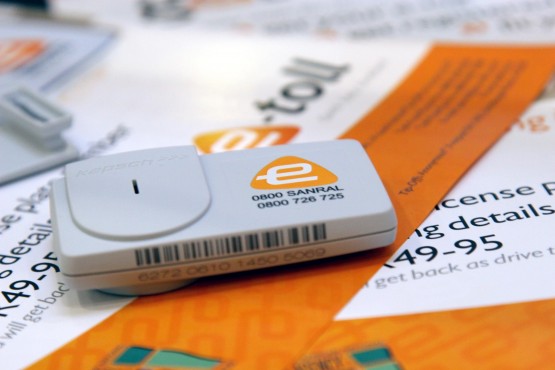 The airline currently has R19.1 billion-worth of government guarantees, of which R14.5 billion has been used and in March next year R14.2 billion of this will be maturing.

Government says the new allocation is to help SAA repay this debt. “In general, SAA is not generating sufficient cash to repay its total debt and will have to negotiate with lenders to refinance or extend maturity dates.”

Other state-owned companies (SOCs) that have been given a lifeline in the MTBPS are SA Express, which received R1.2 billion, the South Africa Post Office, which has been allocated R2.9 billion to reduce debt, and the South African National Roads Agency (Sanral) which has been granted R3 billion. The Sanral allocation was taken from the Passenger Rail Agency of SA’s capital budget.

According to the MTBPS, Sanral currently has government guarantees of R38.9 billion. It states there is a risk that these guarantees might be called, because the agency is not generating enough cash from e-tolls to pay its debt as it falls due over the next three years.

Government has therefore agreed to allow Sanral to transfer R1.75 billion from its non-toll portfolio to its toll portfolio and allocated it an additional R3 billion to make up the shortfall.

Government says that while the pressure on Eskom’s liquidity has eased somewhat due to easier access to capital markets, the utility’s “weak financial position remains a risk that could lead to a call on guarantees”.

There is no provision for additional funds for Eskom.

Denel has used R2.8 billion of a five-year R3.4 billion guarantee and “will struggle to settle maturing debt on its own because its financial position remains weak”, government says. No extra funds are however allocated to assist Denel. Government says Denel will consider selling non-core assets to improve liquidity while it implements a turnaround plan.

The Road Accident Fund’s (RAF) liability is expected to grow from the current R206 billion to R393 billion by 2021/22 despite a 30c/l increase in the fuel levy for its benefit. Government states that the RAF “will require further large increases to the fuel levy in each of the next three years to manage the short-term liability”.

Total guarantees issued by government amount to R670 billion, with Eskom having the largest facility of R350 billion. At the end of June total guarantees utilised by state-owned companies was R334.1 billion. Over the next three financial years, guaranteed debt redemptions are expected to average R26 billion.

According to the MTBPS, SOCs are increasingly struggling to get funding, “mostly as a result of their weak balance sheets, poor corporate governance and liquidity challenges”.

These entities will find it difficult to refinance maturing debt as investors increasingly require guarantees before they will provide financing. As a result, government’s contingent liability exposure is likely to remain high, government states.

Over the previous seven years, interest-bearing debt of the 10 SOCs that borrow most has grown by 163% from R266.7 billion to R702.7 billion.

“This debt is expected to increase to more than R1 trillion over the medium term. Although the increase in debt has largely financed capital expenditure, a growing proportion of debt is now financing operations and interest payments.”

Fuel will have to increase to fund the RAF which is broke. Tax collections are distorted due to VAT refunds owing, and inflation is distorted downwards due to the fuel price freeze. Growth at 0.7% . SOEs being bailed out-again.

In short we are heading towards a fiscal cliff so interest rates to increase and inflation up and less growth so more unemployment and crime.

Managed and brought to you by 70 clowns playing ANC ministers!

These debt figures are terrible.In short: We are stuffed. The damage done by the corrupt ANC and its brainless sycophants is irreparable. Hello Zim.

“Managed and brought to you by 70 clowns playing ANC ministers!”

IMF bailout here we come, or will they go after state pensions for bail out.

Huge positive is Tito’s support of an independent SARB, but very disappointing that he didn’t mention the no payment for land issue which is keeping investors away.
Seems loss-making SOEs are set for privatisation – excellent. SAA first, pls, and urgently.

Has anyone in government examined the reasons why there are so many claims against the RAF. Surely the answer to meeting its commitments is to examine what is causing the claims, if its rank bad/dangerous driving then penalize the perpetrators not the entire driving community

Do we need a Road Accident Fund?

Is there ANYTHING these people can do correctly? Every single thing they touch is eventually destroyed in a blaze of corrupt incompetence. And inevitably they’ll cry racism at the end of it.

Looks like you’ll pay your e-tolls one way or the other, eh?