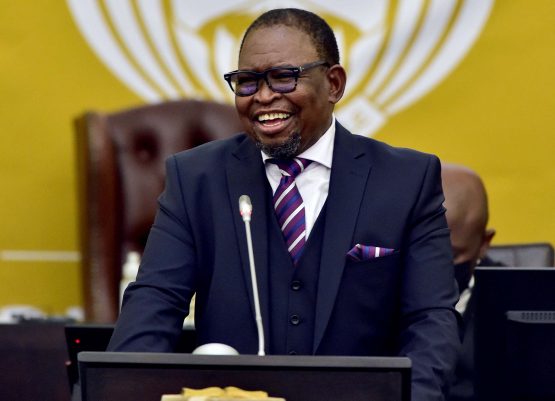 The commodity price bonanza that saved the South African economy and resulted in a revenue overrun of close to R200 billion may not be as “short-term” as Finance Minister Enoch Godongwana and many commentators expect.

There is an almost unanimous agreement that the green revolution and environmental considerations globally will ensure that the demand for mineral resources is sustained for the next seven to ten years, says Iraj Abedian, Chief Executive of Pan-African Investment and Research Services.

Speaking at the ENSAfrica post-budget webinar he said if that was the case Godongwana missed a golden opportunity to turn the economy around.

“The bonanza is not going to be a one-year event. It is going to be on average a decade long (as emerging and developed countries re-configure their economies). If that is the case then we are very myopic, unbrave and unstrategic.”

Abedian said it is concerning that the minister is budgeting for a decline in economic growth over the next three years – from the current 2.4% to on average 1.8%.

The country is coming out of the Covid-19 pandemic only to enter another pandemic of a declining tax base, more pressure on expenditure and population growth equal to economic growth.

“The budget needs to be primarily about the real economy because that is the budget that deals with the people in our society.  If you want to create jobs you cannot do financial gymnastics. You have to create opportunities in each sector of the economy, to promote investment, create enterprises and expand the tax base.”

He said the 2022 Budget did not address any of these issues. It was merely “political handwaving” and talking about the establishment of public private sector centres of excellence for infrastructure development, but the question is whether it will expand the tax base.

Duane Newman, partner at EY Cova, said at a growth rate of less than 2% the economy is really just bumbling along. “It will not solve our job crisis. We need to get more people employed.”

The good news is that the corporate income tax rate will be reduced to 27%, he added. From the budget documents it appears as if business could expect more decreases in the future for SA to be more in line with our major trading partners. The Organisation for Economic Cooperation and Development’s average rate is 23%.

Jannie Rossouw, professor at Wits Business School (WBS), said government has other policy tools to create growth besides monetary and fiscal policies. Liberalisation of the labour market will ensure more employment which will stimulate economy growth.

“Broad based economic empowerment (BBEE) has run its course and must be replaced with black economic skills transfer (Best).  BBEE and the way it is being run at the moment is a burden on business rather than empowering anybody over a broad base. It has only made a few people obscenely wealthy,” he said at the South African Institute of Tax Practitioner’s (SAIT) budget post-mortem.

According to Francois Fouche, research fellow at GIBS Centre for African Management and Markets, the biggest mistake we make is to judge policies, programs and budgets, especially budgets, by their intentions rather than results.

“There is nothing that I can see from an industry perspective that will make it easier to do business or that will remove the stumbling blocks. We need to grow out of our debt problem,” he said.

Keith Engel, CEO of SAIT, said National Treasury seems to be the only department that has been consistently trying to be pro-growth.  The other departments distrust business and wants more and more regulation.

SA needs to push hard on structural reforms given the enormity of the problems we are facing, said Phumlani Majozi, macroeconomic advisor. “We need to deal with the labour market as well. That is something the ANC government is reluctant to touch because the labour unions push hard against that.”

Abedian added that four ministers over the last 25 years have been talking about “value for money”. In the language of economics that relates to the efficiency of public sector operations.

The three problems with public servants is that SA has too many of them, we are paying more than we need to pay; and the ratio between administrators and servants is just wrong.

“We need to get rid of the unwanted, for example it is well known that Eskom has between 35% to 40% excess staff. That is costly and inefficient,” Abedian said.

Rossouw remarked on equity in the carbon tax system. The floating powerships provided by Karpowership SA that Minister of Mineral Resources and Energy Gwede Mantashe wants should be subject to the carbon tax since they will be big polluters.

“He is just too excited about these powerships, but they should get the same treatment (as the other big polluters). We cannot have pet hobbies of politicians and then exclude (them from paying tax).”

When people compare our PIT and CIT to OECD ratios, I wish they would also point out that across OECD average there is one MASSIVE difference!!!

In SA, social welfare contributions is about 1%
Across OECD that is nearly 27% (bigger than PIT or CIT)

So when we compare our CIT proportion to OECD we should be comparing their CIT as % of 73 not 100!

as a country, if we are to venture into Basic Income Grant, we need a social welfare contribution from ALL workers including those that pay no PIT. (After all an injury to one unemployed comrade is an injury to all employed comrades) We have the perverse situation where most workers pay no PIT but cheer for a BIG that must be funded from PIT and CIT while not increasing VAT… :/ does not compute

If we want to benchmark whether our PIT and CIT proportions are high or not, we should be comparing to Australia that also has no social welfare revenue source.

Our CIT is actually low