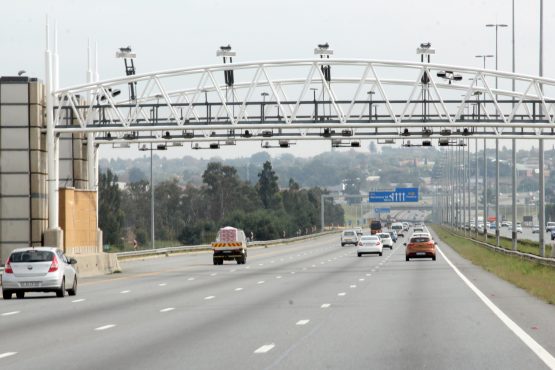 Government still has to make a decision on the future of e-tolls on the Gauteng Freeway Improvement Project (GFIP).

Finance Minister Tito Mboweni failed to even mention e-tolls in his budget speech on Wednesday and there were only two sentences in the budget review that specifically mentioned e-tolls.

Among the risks to the fiscal outlook mentioned in the review was “clarity on government’s position on the user-pay principle as it relates to e-tolls”.

And: “Declining e-toll revenue will have to be offset by other measures to repay South African National Roads Agency Limited [Sanral] debt.

“It could also affect funding for other investment projects,” it said.

According to Business Insider South Africa, Treasury officials said there is a plan in place to address the e-tolls situation. However, it is not Treasury’s prerogative to release the plan but the Department of Transport’s.

Ministry of Transport spokesperson Ayanda-Allie Paine told Moneyweb on Wednesday the department is waiting for cabinet to make a decision on e-tolls “so we can announce what they have agreed on.”

Wayne Duvenage, CEO of the Organisation Undoing Tax Abuse (Outa), said it is shocked and disappointed that government has not made a decision on the future of e-tolls, adding the government has been misleading the public on when it will make an announcement.

Duvenage said Outa remains confident that e-tolls will be scrapped.

“If you read between the lines in the budget review, there was no comment that the user-pay principle must stay and it says declining e-toll revenue will be offset by other measures.

“Those are the precursors to not forcing the issue anymore,” says Duvenage.

“They have stopped trying to issue summonses [for e-toll non-payment],” he said.

Duvenage said the rhetoric by Mboweni about e-tolls has also toned down since the medium-term budget policy statement in October last year, when Mboweni was gung-ho when talking about the user-pay principle and e-tolls.

Duvenage also highlighted that Sanral has been allocated R1.9 billion in the budget to compensate for reduced tariffs on the GFIP and the government over the years has effectively been financing the repayment of the R20 billion bond to finance the project through allocations from taxes.

“The solution is to continue to fund it as they have been doing,” he said.

Layton Beard, a spokesperson for the Automobile Association (AA), said it was expecting an announcement by government on the future of e-tolls by the end of August last year and hopes an announcement is made soon.

Beard said the AA believes that cabinet has certainly applied its mind to the future of the scheme but does not know to what extent it has finalised its deliberations.

“We are disappointed that we don’t know what the situation is. At some point a decision has to be made,” he said.

Sanral in November extended the e-toll management contract awarded to Electronic Tolling Company’s (ETC) for the GFIP, for a further three months.

This followed Sanral in August issuing a new tender for the management of the open road tolling system on GFIP, but stressing that only part of the tender related to e-tolls on GFIP.

It said part of the tender issued related to a national Transaction Clearing House (THC) and a violations processing centre.

Vusi Mona, the communications general manager at Sanral, told Moneyweb this week that this tender has not yet been awarded and is “still in process with detail clarification and verification of information submitted by the various bidders”.

The three-month extension to ETC’s contract in December expires early next month but Mona said the original contract approved permitted an up to two-year extension option from December 2019.

Mona added that Sanral’s board has not made any decision yet to further extend ETC’s contract.

“The board meeting is scheduled to discuss the verification report, and the outcome of the meeting will determine if further extension is required and for how long.”

After Tito’s R16bn further bailout of SAA, a useless black hole of an SOE which creates zero value, there is no moral case – none – for retaining e-tolls, even had they been lawfully implemented to begin with.

Which, Rob, they weren’t in the first place i.e. lawfully implemented. The whole project was riddled with corruption from the start, the deal done with companies overseas that were previously implicated in the Arms Deal scandal, and have been proven overseas to have paid bribes. The whole GFIP project was done with a massively overpriced cost-per-kilometre to fund those bribes. No, as South Africans, it is our moral right to refuse to comply with this corrupt scheme.

There isn’t actually any evidence of corruption with GFIP, aside from the contractor collusion, but that’s a separate issue.

The unlawfulness stems from the myriad failures to consult adequately and conduct environmental impact assessments, have the gantries properly certified as measuring devices, etc. …

Read the SCA judgment on the Winelands Project. It would have a been a clone of GFIP, and the unlawfulness which the court refused to allow in Winelands is a carbon copy of what SANRAL tried in GFIP. The ConCourt refused to even hear SANRAL’s Winelands appeal, which is why SANRAL hasn’t prosecuted anyone criminally for not paying e-tolls: they’re dead scared the CC will nuke GFIP too.

I mean, be honest: SANRAL has the best legal team money can buy – if they thought they were on solid ground, why have they not, in seven years, prosecuted at least ONE motorist under S27 of the SANRAL Act?

True, no actual ‘evidence’ on corruption, but here’s what OUTA had to say in 2016: According to Outa, its initial research indicated that the South African Roads Agency (Sanral) put a “highly inflated” price tag of R17.9bn – or R96.7m per kilometre – to the freeway upgrade “to the detriment of society at large and specifically, the Gauteng road user”.

Outa explains: “Outa’s own research and assessment has generously pitched the GFIP cost at being no higher than R7bn, which is lower than the earlier estimation of the project in 2015 at R18.8bn, now that more information has come to light. According to Outa’s new estimates, Sanral’s price tag of R17.9bn was an overpayment of R10.8bn, i e 152%.”

I will go with corruption. As far as I read, there are still plenty of redacted pages in the “agreement” between SANRAL and the etoll concessionaires. Why?

The really stupid thing I think is that it is very difficult to get an eTag. No more at PnP or Checkers and convoluted online. Not for etolls but all tolls.

They would make more by selling them off as advertising boards.

It does not matter what the government decide.
The people have spoken. The people already decided that they are not paying.
Government can argue about semantics all they want but in the end of the day, they will have to scrap it.

…e-Tolls will eventually go the way they did in Portugal and Brazil, where existing highways became tolled

They just disappeared…reverting to as they were …open

Tito Mboweni said that “We must honour our obligations” but I don’t remember agreeing to or even being told anything about the GFIP. I only know that when I saw the gantries going up I assumed they were for overhead information boards like you see in the UK for instance where they can close and open lanes or adjust speed limits etc.
It was much later that it was announced that they were for tolling. If Sanral had done the right thing and asked the Gauteng motorist if they were prepared to pay extra to drive on a minimally improved, 35 year old road network they would have received a resounding NO!
One extra lane on the Joburg ring road and two on the Joburg/Pretoria road was simply not enough in 2010 and is totally inadequate in 2020. Alex van Niekerk has admitted in the press that the GFIP is almost at its’ capacity in only 10 years while an overseas norm is to allow for at least 30 years.