Debt counsellors examine SA’s budget as if it was that of a family, and advise on the drastic measures it needs.
Ryk van Niekerk  /  1 November 2019 00:01
13 A household with this kind of budget would certainly need debt counselling. Image: Shutterstock

If the South African government was a household, it would be placed into debt counselling. This is how much trouble South Africa’s finances are in.

Finance Minister Tito Mboweni’s mini budget – officially the Medium-Term Budget Policy Statement – contains so many references to trillions, billions and millions that it is not easy to comprehend the actual situation.

Moneyweb recalculated the budgeted numbers and forecasts disclosed by Mboweni, using percentages to represent the country’s financial position as that of a household.

The result for the 2019/2020 financial year is presented below as a monthly budget, which is a lot easier to digest.

Furthermore, this monthly shortfall needs to financed with debt. This will, of course, inflate future interest payments, which already stand at R16 320, or 16.3% of income.

Read: Mboweni says ‘rock the boat’, but there are no waves

Other expenses stand at R110 000, which on its own exceeds the monthly income and means the family spends much more than it can afford.

Moneyweb sent this simplified budget to two debt counselling firms for analysis. Both recommended that if this household came knocking on their door for help, they would advise immediate debt counselling.

Carla Oberholzer of DebtSafe says it is clear that the household has a significant monthly deficit.

“I would recommend that the household be put under debt counselling.”

“From experience, this family is over-indebted, and if there is not an immediate intervention, the situation will deteriorate to such an extent that it is not possible to recover.”

Neil Roets of Debt Rescue concurs. “The household’s expenses exceed the income, and in 99% of cases, such a household would not recover if it is not put into debt counselling. This current scenario is not sustainable and significant changes will have to be made.”

Roets adds that a debt counselling process would include negotiations with credit providers, and that they must be part of a recovery plan.

It is clear that this household needs urgent intervention.

The first thing that needs to happen is a crisis meeting of all family members to apprise them of the situation. The household may discuss ways to increase its income, but as both spouses are already working this may be difficult to achieve. The most pressing step is to significantly reduce expenditure.

All family members must commit to and proceed with cutting their spending, or the sheriff may be at the household’s door sooner than they might think.

In the government’s context, Mboweni could not have been clearer on Wednesday – SA Inc is in deep financial trouble. It is safe to assume that all stakeholders are now aware of this.

The key is now for Mboweni and the president to engage all stakeholders and get their commitment to reducing spending, as an increase in tax income is not going to happen in the short term.

If expenditure is not cut significantly, the International Monetary Fund may be at the door sooner than they might think.

Ryk, there is a column missing – “Money Stolen”

and to be stolen

I will say this again.
The IEC needs to ban political parties who have run departments and municipalities poorly. If the conditions have deteriorated below a and growth of 3% then the party and the individual must be banned.

This way the bad actors can not continue too loot even with the support of the voters. It this picture of the house hold it prevents the family member from harming them selves and those around them.

The Goverment at this stage will give equality to everyone, making them all poor whilst on the elites have maximum wealth.

As reported, current government has created 29000 (twentyninethousend) Rate & Taxpayer funded MILLIONAIRES within its ranks & this is before perks! Taking about being taken for a ride!

The people who run this household seem dillusonal talking as if they are left but stealing the future’s from their own children.

If government was a household, the children would all be in street gangs, dad would be defrauding pensioners for a living, mom would be a shoplifter and the hamster would be the only legitimate breadwinner.

Take my hat off to Tito. How the hell can you draw up a budget when you do not know who will, when and how much will be stolen.

Wednesday AM he has X in the kitty, while he is presenting some slime ball is siphoning. Come 5pm kitty empty.

You cannot tell a Government with a litany of failures but who regards itself as wonderful anything about anything.

To be fair to the government. If you send real debt counselors into parliament to analyse all of the finances of MPs, then to the NCOP and then to the ANC NEC. You’ll realise that South Africa is governed by a pack of financially illiterate individuals.

What they need is Financial Fitness !!!!!

Not quite sure how that would work as in my mind that would lead to a greater deficit, but what do I know anyway, I’m not the one running a country of 57 million people.

This article indicates how little those addressing the South African economic situation understand about economics. Don’t take my word for it, but please do some fundamental research on how global economics as a discipline has been structured and the effects that this is having on all economies that subscribe to the policies invented and promoted largely by the Chicago School of economic thinking. South Africa is not a household and the simplistic debt restructuring policies advanced, will just not work.
I would refer all commentators to the revealing work done by Dr Michael Hudson and recorded in his sterling research work, set out in his writings from practical experience documented over decades, on how currently applied economic theory doesn’t recognise or describe the nature or structure of economies for what they really are.
Three of his written works, amongst many and evidence of his intimate experience at the top levels of economic practice, make riveting reading and present compelling evidence of the crooked thinking that conventional economists apply to the current global economic conundrum.
I would refer just three of his many works, as essential reading for all who want to understand what is really happening and what actions are necessary to apply, before rushing into taking decisions that have proved time and again, not to be working.
The books referred to are;
Killing the Host
Junk Economics and
The Bubble and Beyond With a repayment plan of 60 months. 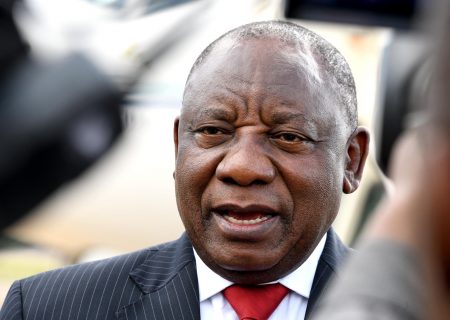