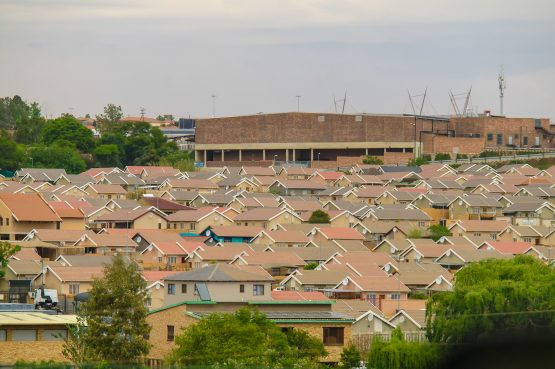 The fact that property costing R1m or less will no longer be subject to transfer duty is expected to have a ripple effect in the housing sector. Image: Shutterstock

Finance Minister Tito Mboweni even managed to pull something out of his #Budget2020 hat for South Africa’s bumbling-along residential property sector.

His announcement that the zero-duty threshold on transfer duty for properties has increased to the R1 million mark has been welcomed by the residential property sector. The previous zero-transfer duty threshold, in force since 2017, was R900 000.

“To support the property market, the threshold for transfer duties is adjusted,” said Mboweni during his budget speech in Cape Town on Wednesday. “Property costing R1 million or less will no longer be subject to transfer duty.”

While moving the threshold by R100 000 may seem small, buyers of homes beyond the R1 million mark also stand to benefit.

“It’s also great news for those wanting to purchase for more than R1 million because you will save, for example, R17 000 in transfer fees on a R2.5 million home,” points out Mike Greeff, CEO of Greeff Christie’s International Real Estate.

“The biggest news for the property industry is that the threshold for transfer duties has been adjusted…. This is welcome news for all because it makes buying property more affordable.”

Dr Andrew Golding, chief executive of the Pam Golding Property group, says the increase in the threshold provides “a very positive incentive” not only for first-time home buyers, but also for others seeking affordably-priced homes.

“This sector represents a key driver in the current market. It will help stimulate property transactions in this price band, increasing volumes and creating a ripple effect across the market in general – which will in turn benefit government income generation.” “Encouragingly, one of the primary beneficiaries of the 2020 budget is [the] first-time homeowner,” says Golding. He adds that according to home loan originator ooba, the average age of first-time buyers in South Africa is 34.

“One of the key positives for the local housing market is the demographic dividend of a young population, with approximately two thirds of the current population under the age of 34. While first-time buyers currently account for approximately half of all mortgages currently facilitated by ooba, affordability has tended to dampen potential demand.”

He says the 2020 budget goes some way towards addressing this by lifting the transfer threshold, adding that the average price paid for a home by first-time buyers broke the R1 million barrier for the first time at the beginning of the year – averaging R1 001 275 in January 2020.

Read: Co-ownership as a way to get a foot on the property ladder

Both Greeff and Golding noted the success of government’s Help to Buy scheme, which Mboweni highlighted in his budget speech.

“Working with the financial sector, a pilot of the Help to Buy scheme has supported over 2 000 families to buy their own homes,” said Mboweni.

“For every R1 subsidy provided by government, the scheme crowds in R8 from the private sector.

In a single year [2019], the Help to Buy scheme has supported nearly R1 billion in new lending,” he added.

“This is significant as the number of homeowners has increased,” says Greeff. “And it is only expected to increase further throughout the year.”

John Jack, CEO of Galetti Corporate Real Estate, notes that while the 2020 budget speech “doesn’t have a significant impact on the commercial property sector”, the industry needs to be alert to Mboweni’s warning on landlords charging high rentals.

“An interesting take-out is the Finance Minister’s comment on the high rentals being paid for government buildings, which is an area that he would like to achieve a reduction in government expenditure,” says Jack.

“These buildings are largely held by private landlords – and, as a result of the government only being able to commit to short terms leases, the rentals are significantly higher than they should be,” he explains.

“Commercial property landlords such as Delta, Rebosis and City Prop have simply adjusted rentals upward to counter the risks. Had government appointed an advisor to create and implement a strategy with respect to its property portfolios, they could certainly find the savings in expenditure they are looking for,” he adds.

We need the assurance that the Government is not going to take private property including homes. Until then my residential property which is a small house remains as is. I am not undertaking the jobs which I would normally do, for example, re-tiling some areas etc. This is also depriving local contractors of jobs and ability to earn a living. Others like my daughter who would like to move and buy are reluctant to do so without guarantees.