Investors will look for concrete plans to rein in debt and reduce anticipated budget shortfalls.
By Prinesha Naidoo and Sarina Yoo, Bloomberg 8 Nov 2021  09:04 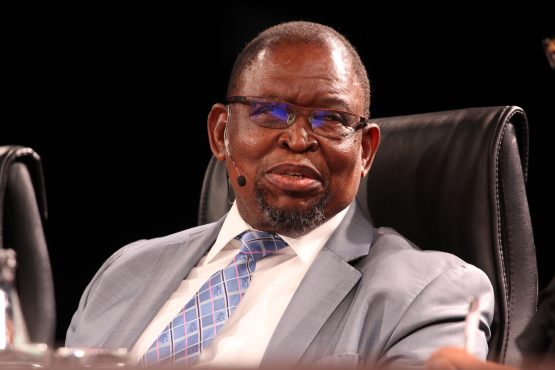 Finance Minister Enoch Godongwana faces the challenge of presenting a clear strategy to revive South Africa’s torpid economy and return public finances to a sustainable path when he presents his first mid-term budget on Thursday.

Key metrics in the spending plan for the next three years will benefit from windfall mining revenue and upward revisions to gross domestic product, with the budget deficit likely to narrow faster than previously expected.

Still, the country is contending with surging debt and loan-servicing costs as the havoc wrought by the coronavirus pandemic compounds a deterioration in state finances caused by overspending, mismanagement and corruption. 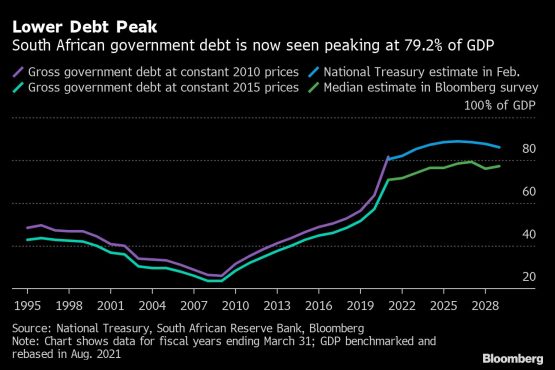 Debt levels are expected to continue rising, peaking at 79.2% of GDP in the 2027 fiscal year, according to the median of seven economists’ estimates in a Bloomberg survey. While that’s better than the National Treasury’s February projection that it would stabilise at 88.9% of GDP in 2026, the improvement is largely due to a statistics agency review that found Africa’s most industrialised economy to be 11% bigger than previously estimated.

Investors will look to Godongwana for concrete plans to rein in debt and reduce anticipated budget shortfalls.

“Both the South African government and the market are likely to celebrate lower debt and deficit figures when new Finance Minister Enoch Godongwana tables the medium-term budget policy statement on Nov. 11. We remain skeptical. The rebased data will no doubt lower the country’s debt as a share of GDP, but it shouldn’t change the direction of travel as the underlying fundamentals haven’t changed.” – Boingotlo Gasealahwe, Africa economist

Since his August 5 appointment, the former labour unionist and head of economic transformation in the ruling African National Congress has pledged policy continuity.

He’s expected to stick to predecessor Tito Mboweni’s fiscal consolidation plans and focus on “growth-stimulatory measures, with a move away from accelerating current expenditure,” according to Annabel Bishop, chief economist at Investec Bank Ltd.

His resolve may be tested by the ANC’s worst electoral performance last week since the end of White-minority rule in 1994. Opposition to austerity measures from factions within the party could intensify and lead it to promise more social support before national elections in 2024, said Lumkile Mondi, a senior economics lecturer at the University of the Witwatersrand.

A monthly welfare payment of R350 that was reintroduced in the wake of deadly riots, looting and arson in July is set to end in March.

Civil-society groups have proposed the introduction of a basic income grant that business organisations say is unaffordable.

“If a more permanent expansion of the grant system is introduced, it is likely that a more permanent revenue stream may have to be considered to limit the drag on the fiscus,” Momentum Investments analysts Herman van Papendorp and Sanisha Packirisamy said in a note.

The Treasury in February scrapped plans to raise taxes and announced proposals to lower the corporate tax rate to 27% from April.

Significant welfare commitments, combined with the risk that civil-servant pay deals may exceed the amount budgeted and more bailouts for state-owned companies will compromise plans to bring spending in line with revenue.

The Treasury this year shifted focus to make a primary budget surplus, instead of a spending ceiling, its most critical fiscal anchor. Two-thirds of economists in a Bloomberg survey, however, don’t expect the government to meet its target of reaching that by 2025. A primary surplus, which excludes interest costs, would suggest the state can extract the necessary resources from the economy to service debt, the fastest growing expenditure line item since 2011. The energy-market shockwaves from Russia’s invasion of Ukraine mean the world is only getting more dependent on the most-polluting fuel. 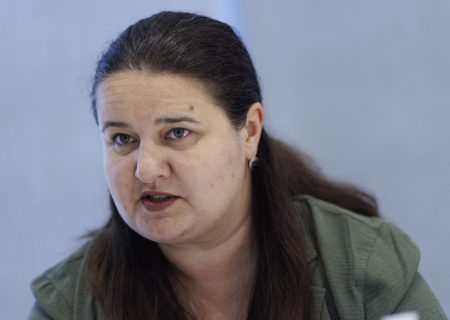