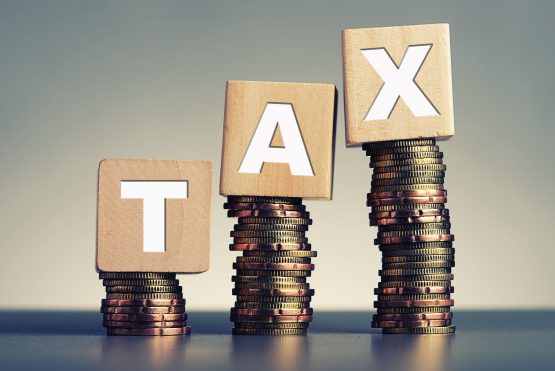 Government’s tax relief strategy should incentivise productivity and focus on businesses that ‘will in turn provide relief to the fiscus’ once they are back on their feet. Image: Shutterstock

South Africa’s tax revenue collection shock due to the impact of Covid-19 is even greater than expected. This, coupled with an expected economic contraction of 7.2%, does not bode well for the country and its taxpayers.

Finance Minister Tito Mboweni has revised the gross tax revenue down from R1.43 trillion to R1.12 trillion. This means the country is going to miss its tax target for this year by more than R300 billon.

The revision is staggering when compared to the estimated shortfall of around R63 billon in February.

Mboweni said in his Special Adjustments Budget speech that the revision is attributed to outright tax relief of R26 billon and delays in tax collections of R44 billon.

Read: SA’s problem of a narrow tax base and high taxes

Gross tax revenue collection for just the first two months of this tax year was R36 billon less than expected.

Although no specific tax measures were announced, the South African Revenue Service (Sars) has vowed to increase its compliance measures to ensure that tax avoidance and evasion is limited as far as possible for high-net-worth individuals and corporate taxpayers.

This is more than double the projected deficit in February of R370.5 billon, or 6.8% of GDP.

Mboweni wants to resolve this financial crisis by finding “spending adjustments” of about R230 billon over the next two years.

He did announce that he will introduce tax measures of R40 billon over the next four years. The exact details will hit taxpayers in February next year.

Keith Engel, CEO of the South African Institute of Tax Professionals, says R40 billon over four years is not that huge an increase. The revenue losses are “horrible”, he adds. “But what did they expect. They killed the economy for two months.”

No plans to cut expenditure

Despite the dire situation, there is no action in terms of plans to cut expenditure. The only thing that one can surmise is that there is no cabinet consensus on what must be done, says Engel.

“He wants to change spending patterns, but we see no clear path and we see no hard decisions being made,” he says.

“In the end we have a cabinet that simply does not want to take action. It is all just negotiations.”

The country is going to see more retrenchments as the year goes on and the revenue figures will most probably be even worse in October when Mboweni will deliver his medium-term budget policy statement, says Engel.

“Without this revenue, government cannot provide social funding and infrastructure to the citizens of the country.

“It is therefore critical that revenue estimates are as accurate as possible,” she says, adding that the estimates must be seen by government as the limit on the amount it can spend in order to avoid applying for debt to finance the amount overspent.

Any amount overspent and having to be funded by means of loans would further increase government spending.

As things are, government is using 21c out of every rand of tax to pay interest on existing debt.

Debt to GDP is expected to stand at 81.8% by the end of this year. And government intends to borrow about $7 billon (R122 billion) from international institutions.

This money will have to be paid back as well.

According to Engel, the minister understands the need to get businesses going. Mboweni admitted that the loan guarantee scheme got off to a slow start.

It lent over R10 billon in its first month and will now be available to all businesses, not only those with turnover of less than R300 million.

However, government is “still finalising” the amendments to the repayment holiday and turnover limit, and relaxing terms and conditions to support lending.

Read: Covid-19: Taxpayers can apply for a tax debt deferment

Smulders says any relief now is most welcome. However, it should be based on what each business is contributing towards the country’s objectives.

“These include job creation, local manufacturing, and payment of taxes. These incentives should incentivise productivity, which blanket relief does not achieve.”

In essence, the government should provide relief to the businesses that will in turn provide relief back to the fiscus once they are up and running again and making profits, says Smulders.

She suggests incentives for manufacturers that produce locally, as well as automatic tax deferrals on payment and submissions for three months (as the case-by-case provisions are administratively burdensome for all concerned), fuel levy relief, and reduced electricity costs.

Listen to Nompu Siziba’s April 1 interview with Sars commissioner Edward Kieswetter:
Get access to Moneyweb's financial intelligence and support quality journalism for only
R63/month or R630/year.
Sign up here, cancel at any time.

I would bet a lot that all of the bad numbers are understated as usual…GDP, debt, tax collections.

The real picture is even grimmer.

ANC fraud and bungling continue in SOEs, lockdowns, and local and national government.

The budget was a picture of problem statement without the backing of any political will at execution.

No doubt Cyril will come out soon with bullet trains, 5G, 4th industrial revolution, and new cities built in the middle of nowhere to save us.

Together with the NHI, SAA, the sovereign wealth fund, and other pipe dreams we are headed for rocks at warp speed.

…didn’t Ramapooza declare a new dawn when he took the presidency?

Well now he and his other roosters can start crowing at 05:00 each day

Most small private companies had to adjust drastically to the decrease in incoming monies. Staff was retrenched , rents re- negotiated , and every cost factor came under the microscope. How on earth is it possible the government refuses to act in the same correct manner ? A taxpayers revolt is long overdue.

A tax revolt is the moral duty of taxpayers.

In principle you are absolutely right. However, we are all the losers in that case.
Just look at Grahamstown and Port Alfred today.(and many more towns)

“Despite the dire situation, there is no action in terms of plans to cut expenditure.” This government is like a family who lives in a big house but every month maxes out its R200,000 overdraft. The lawyer’s letters for outstanding debt arrive regularly in the mail but they are busy planning their next holiday in Europe. Of course, they buy new cars every two years because that is what their friends do. They live in cloud cuckoo land totally oblivious to the real state of their finances.

If the South African Revenue Service (Sars) has wants to increase its compliance measures to ensure that tax avoidance and evasion is limited as far as possible then they should change the taxi industry to be electrical payments system only and go after all corrupt cadres, and do a lifestyle audit on all local, Provincial and National level politicians.

They should also clamp down on the illicit substance trade.

Agree.They fail to do this year on year.

@Kieswetter – stop pussy footing and get to the problem

It still baffles me – it is a straight forward argument – if the economy is down, any lesser taxable income generates lesser tax – problem with anc is that through all the years they did not learn this, but saw the taxpayer, direct or indirect, as an unlimited source of income and that it will simply just stay that way, never mind the state of the economy.

did they work it out like with covert19 lockdown time – lost time is lost time = lost income /production = lost tax????

Never learned something from the zim economy – the golden goose was slaughtered, so not golden eggs laid anymore

Given that the regime saw fit to actively deny help to businesses of the wrong hue, I would be willing to bet that, should these businesses restart, they will be very, very loath to pay any tax whatsoever. This shortfall will be permanent.

Even before that we as businesses are refusing to fund a wallet that just services as a funnel to the pockets of the politically connected. When I heard about the 200 million spent on Nkandla in 2007 my tax morality disappeared….all these new things just makes a person more determined to assert boundaries in terms of section 33 of the constitution. It is not reasoable to expect us to pay tax if the tax just funds corrupt criminals

At the heart of the mess is not just the battle with debt that the Mboweni has, but that in the context of ANC corruption and growth destructive policies.

This has been 26 years in the making, not just a few months.

Schadenfreude (German) : is the experience of pleasure, joy, or self-satisfaction that comes from learning of or witnessing the troubles, failures, or humiliation of another.

I’m having me some schadenfreude on this Thursday afternoon.

Enjoy yourself if you don’t live in SA. Otherwise, cry in your pretzels.

Tito please hang in there. We need you to be strong.