Finance minister expected to share the extent of tax revenue deterioration and the impact of unprecedented spending on debt levels.
By Tendani Mantshimuli 27 Oct 2020  10:00 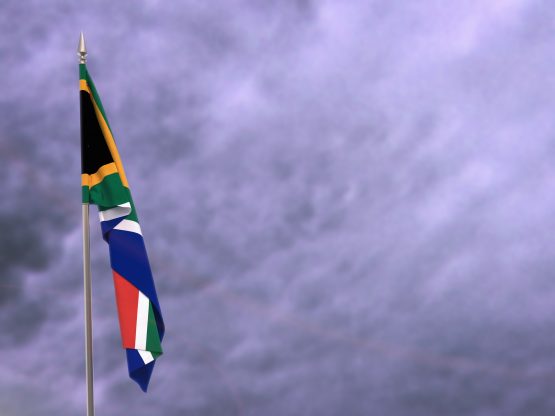 Will government be imposing performance metrics on state-owned entities rather than just pumping in funding? Image: Shutterstock

South Africa’s economic recovery plan is aimed at fast-tracking the recovery of the economy from the devastation caused by the Covid-19 pandemic.

It outlines government’s plan to revive the economy with short and long-term interventions. If the plan is executed as presented, it is expected to support an average GDP growth of 3% over the next 10 years.

There are a number of key initiatives that the president has outlined. These include focused infrastructure rollout to support growth, energy supply, job creation, improving South Africa’s export competitiveness, a drive to support local businesses which will support manufacturing, and fighting corruption.

The plan, however, has thus far lacked detail on policies that will support this. This is something that Finance Minister Tito Mboweni will hopefully address.

The economy going forward to 2021

The International Monetary Fund (IMF) and The World Bank annual meetings concluded with the IMF raising its global growth projections slightly upwards, still forecasting a contraction for 2020, but slightly better. This is due to a better outlook mostly in advanced economies where consumer incomes have been boosted by the unprecedented monetary and fiscal stimulus packages injected into these economies.

Growth is expected to turn positive in 2021, including that of South Africa.

This is premised on the assumption that the coronavirus will be under control without further surges in new infections. Should a vaccine be found, and social distancing and lockdowns ease off, global growth would improve even further in 2021. It’s important to note that the bounce in growth will also be partly due to base effects as the actual level of output in 2021 will not be materially higher than that of 2019.

Though this is old news, the fact that the country’s GDP contracted sharply during Q2 is of material consequence to the budget statement.

We already know that tax revenue will fall far short of projections made in February, due to the economic consequences of the lockdown. In addition, government had to repurpose spending to meet the social and economic fallout from the pandemic in order to cushion the most vulnerable South Africans and businesses at risk. This has increased government’s debt and interest obligations.

The minister is expected to shed light on where we find ourselves in terms of the extent of the deterioration of tax revenue and how much the unprecedented spending has impacted the debt levels.

In addition, it will be interesting to see if the minister will expand further on some stated intentions on the back of the $4.3 billion loan from the IMF to help combat the impact of the pandemic.

On the positive side, the South African Revenue Service (Sars) is strengthening its collection capacity, so it will help turn revenue around as the economy picks up from the easing of lockdown. Interest rates are at an all-time low, and inflation remains subdued.

Vulnerable households will continue to get support, which is critical. From the recovery plan there is a promise of employment opportunities to be created in the public sector. This will again add to the public sector wage bill, so it will be interesting to hear how the minister addresses this.

An economy is a self organising entity. It needs no grand plans….just that you stop meddling in it.

So scrap charters, bee, EWC and then sit back and watch it all happen. You’ll be amazed at the result

And sadly as we’ve seen before if we chose to look and learn from history.

The people with money or means (e.g. through their qualifications) will look for better opportunities and a higher quality of life and the preservation of all property rights in other countries.
While the majority of people who are poor or do not have the necessary means to leave, they stay behind to suffer the consequences of the choices that the politicians made that they carry no responsibility for, much like Zimbabwe.

Ruling party have a problem, alliance with SACP and unions. World Bank states need to reduce Gov wages. Cannot do, Tito has a menu problem.
Hence we had a week delay, and probable wealth tax.
Rather keep SACP & Cosatu happy, have a wealth tax and all is solved for a year.
Solution TITO, cut wages,privatise SOE’s and incentivize FDI.

Economic growth in SA will NOT happen unless there are drastic changes in government, state owned companies and policies!!

It requires an immediate cut to the grotesquely bloated civil “service” and SOE wage bill, in excess of 30%, and then no more than a 1% annual increase in the next decade. I’d vote for a combination of closures or privatizations of all SOEs and retrenching 30% plus of all public alleged servants without delay.

A plan made by the same people that destroyed thousands of jobs with a response to covid not even a little child can dream up. Tito said it as well.

Remember the silly cigarette ban oh and the alcohol ban? They lost BILLIONS in taxes for no reason and now they expect enthusiasm for their stupid plan????

This lot has no ability to fix anything. All they can do is break things.

There is no urgency like EVERY JOB COUNTS!!! If there was, something like an idiotic cigarette ban would have been impossible to happen.

At least we know the ALOE Ferrox is not with us anymore. If it is it was imported from Lala Land.

What if they bail out SAA and implement a wealth tax. Folks will be raging.

The budget will offer nothing to the taxpayer and the poor. Wealth will only be taken away from the taxpayer by the ANC cabal to the detriment of the poor.

This passage in this article tells me everything I need to know. The ANC will continue to pile on the cadres in the public service until the whole ship sinks. This is what happened in Greece. You can’t have everyone in this country working for government.